You’ve heard of “couple goals”, but have you ever thought about “ex goals”? Drew Barrymore and Justin Long dated on and off for years, between 2007 and 2010. Despite their relationship not working out, they’re still on the best of terms. In fact, they reunited recently on an episode of Drew’s talk show, The Drew Barrymore Show in which they fondly and tearfully reflected on their time together, describing their relationship as “chaotic” and “hedonistic” but in the best possible way. But what does hedonism mean and how do Justin and Drew feel about each other now?

What does hedonism mean?

The word ‘hedonism’ comes from the ancient Greek word meaning ‘pleasure’ and it’s a philosophy that claims human behavior is determined by our desire to increase pleasure and decrease pain. “Jordan Belfort (played by Leonardo DiCaprio) in The Wolf of Wall Street is probably the popular idea of the quintessential hedonist, where his extreme wealth allows him to indulge his insatiable hunger for all things pleasurable,” writes Desirée Kozlowski, an academic of psychology at Southern Cross University, for The Conversation. In the context of Drew and Justin’s relationship, the Charlie’s Angels star describes their on-again, off-again as a time when they had “a lot of laughs” but suggests that it was chaotic and passionate but ultimately unsustainable. “We had so much fun, but we were more hedonistic, more immature, we would get together, we would break up. There was chaos, it was hella’ fun,” Drew said during an interview with Justin on The Drew Barrymore Show season three premiere on September 12, 2022. Justin agreed. “Fun chaos. Most hedonism is fun. We had a blast and I cherish that time.” 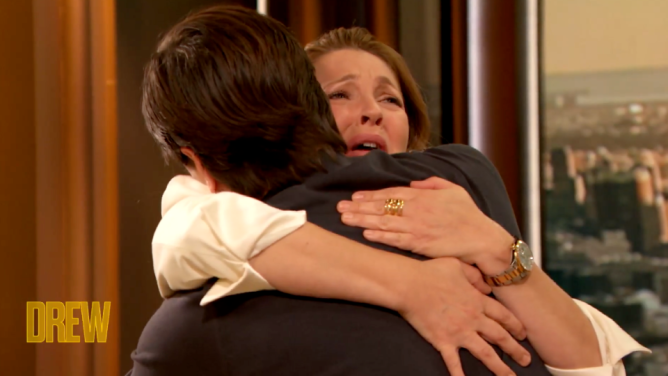 When Drew and Justin got together, he was a 20-year-old bachelor and Drew was three years his senior. They became romantically involved while filming He’s Just Not That Into You in 2007 and entered into a whirlwind romance that lasted until 2010 when they broke it off for good. As is so typical of romances in your early 20s. “We dated for many years, I was very much in love with Justin, you know why? Because he’s funny,” Drew told comedian Mike Birbiglia on his A Little Bit Extra podcast in May. But unlike so many whirlwind relationships of our 20s where you’d rather pretend the other person didn’t exist, Drew and Justin reflect so fondly on their time together and it’s why we think they’re the ultimate ex goals. “I feel like we’ve been through so much together,” she said tearfully. “When we used to talk and FaceTime, I used to say, ‘I’ve really grown up, Justin’ and I always wanted to prove to you what a different person I was to when we dated… One of the things I find so compelling is how great it is to champion your ex because I wonder ‘Where does the friendship go?’ and if we can be that and people can have that, it’s so respecting of what once was.” Justin added: “Yes, can I applaud that too?” he asked as the audience cheered.

Who are Drew and Justin dating now?

Justin has had a string of romances with Hollywood A-listers including Amanda Seyfried and Kirsten Dunst. Drew explained to podcaster Mike Birbiglia that it’s his sense of humor that is so popular with women. “You wanna know why he gets all the ladies? Well, there’s a few reasons, but the comedy is definitely [one of them],” she said. “He is one of the sharpest, wittiest [people]. He’s brilliant, and he’ll just knock your socks off with laughter.” Most recently, Justin was linked to Kate Bosworth, confirming their relationship by referring to her his “girlfriend” on his Life Is Short with Justin Long podcast in December 2021, though he didn’t mention her by name at the time. Drew, meanwhile, is not known to be dating anyone at the moment, following her split from husband Will Kopelman in 2016. She shares two daughters, Olive, nine, and Frankie, seven with him. “They’ve had marriage issues for a while,” a source close to the family told People. Among their disagreements: “There was tension over where to live,” referring to Drew’s preference for Los Angeles and his for New York City.