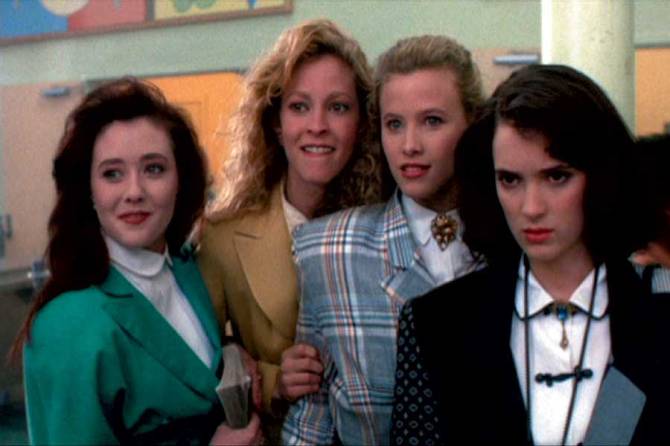 We stood by when the movie “Big Fish” was turned into a Broadway musical. Ditto for “Rocky” and “The Bridges of Madison County.” Fine, we said, go ahead, at the rumors that producer were turning “Animal House” into a musical. We didn’t bat an eyelash at the news that “The Devil Wears Prada” and possibly “Magic Mike” were to be given Broadway runs, too. But now comes news that “Heathers” will be made into a stage musical, and we’re just not okay with that.

MORE: Winona Ryder Looks Amazing In New Photos, Opens Up About Being Bullied

We draw the line at touching “Heathers.” It’s hallowed ground. The 1989 cult film starring Christian Slater and Winona Ryder as a pair of screwed up teens who take out the popular clique at school, is in development to be turned into an off-Broadway musical in 2014, and this sounds like it could be a very bad idea.

MORE: Get Thee To The Theater: 10 Buzzy Movies Coming Out This Holiday Season

For one, “Heathers” is pretty dark and satirical, so the show would expertly have to catch that without descending into total caricature. Same goes for the fact that it’s artifact of a particular cultural moment — the late ’80s and early ’90s — that needs to be perfectly captured, which is hard to do decades later.

Regardless, the show is going into production, and should begin performances in March of 2014. Would you go see it?