A month before the second season of Selling Sunset started filming, Heather Rae Young met Tarek El Moussa on a boat in Newport Beach. “He turned around was like, ‘Hi. I’m Tarek.’ And I was like, ‘Yeah. I know who you are,’” Heather tells StyleCaster.

The connection was immediate. They were both single. They both work in real estate. And they’re both on reality shows. (He’s the cohost of HGTV’s Flip or Flop.) And while Heather knew who Tarek was (“I had watched his show a couple times”), she admits that he had no idea about Selling Sunset. “He didn’t know who I was. I don’t even think he had heard about my show at the time,” she says.

Netflix’s Selling Sunset follows the professional and personal lives of Heather and other real estate agents at the Los Angeles brokerage The Oppenheim Group. While Heather “would love” for Tarek to be on Selling Sunset, she explains that his contract with HGTV prevents him from starring on another network. Still, fans are able to see their relationship in the second season, which premiered on May 22, through FaceTime. “He was so cute. Right away, when we started dating, maybe a month before we started filming, he tried and texted the heads of HGTV and was like, ‘Can I film with her!’ And they said no. But it’s OK! There’s time,” Heather says. 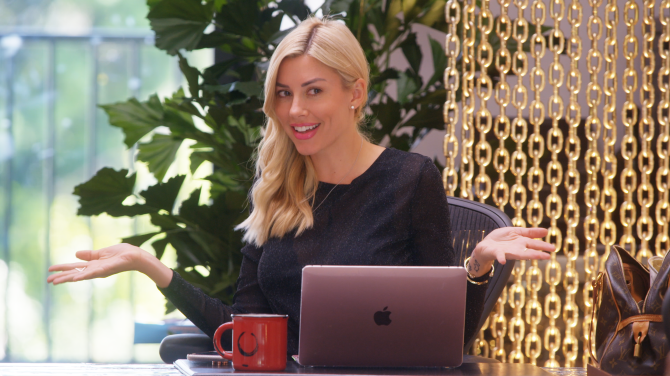 While Heather is down to show her relationship with Tarek on camera, she isn’t so sure if she would film her wedding for Selling Sunset, unlike her costars, Mary Fitzgerald and Christine Quinn, whose weddings were documented in season 2.

“For me, love is the most important thing in the world. I don’t know if I would want it all out there for everyone to see,” she says. “I’m not sure yet. I would have to have that discussion with him and see how we felt in regards to that. It is so amazing for Christine and Mary to be able to look back and have those memories on camera forever. We all got to experience that with them and watch back. I think I cried at Mary’s wedding, watching it again. I’d have to talk to my man and see what he says.”

Selling Sunset season 2 is available to stream on Netflix. 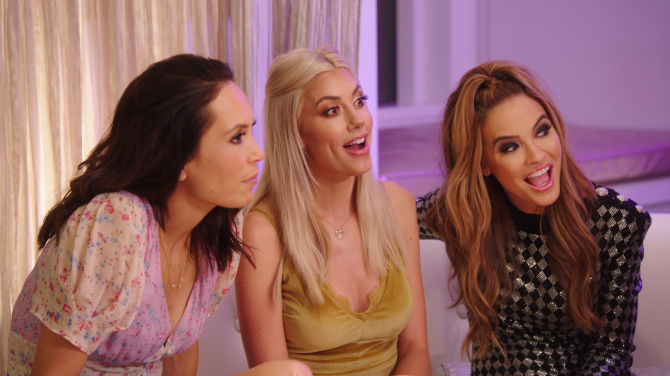 How did the opportunity for Selling Sunset come about?

“We weren’t cast on the show. I was already a part of The Oppenheim Group and had been for five years when we started filming. We were already a real estate team. Obviously, a lot of thoughts go through your head. You’re like, ‘OK. Wow. Exciting! We’re going to be filming a reality show.’ We get to show people these beautiful properties and an insight into our lives. We get to work in one of the best places for real estate in the world and see gorgeous, multi-million-dollar homes in the Hollywood Hills. But obviously, we’re putting our whole lives out there. We’re giving you our hearts, our souls, our personal relationships. You have to sit back and think, ‘Wow. Am I ready for this?’ Even though we all said, ‘Yes. We’re ready.’ You’re really not ready. There are cameras on you hours and hours throughout the day, and we don’t control what happens in the editing room. We’re like, ‘OK! Take it from here, you guys.’ We don’t see it until basically you guys see it.”

“My argument with Amaza in season 2 was real. In that moment, I was protecting my relationship and Tarek’s kids, like Amanza would do for her children. I just saw black. I don’t know what happened. They were filming for hours and hours, and what they show to the world, we don’t have control over. When we get in arguments and there’s drama, we carry that into our lives off camera. I was affected by her comment. It really upset me for days. Even weeks. I called Tarek right after, and I was physically very upset. These are our real lives that we’re giving.”

“It was introducing my new relationship. I’m so in love with Tarek. I wanted to introduce Tarek more than what happened on the show, but because it was the very beginning of our relationship and no one knew where it was going to go, they skimmed past that until they realized we were for sure going to last.”

“Definitely the Chrishell and Christine fight at the very end of season 1. That was an intense and a real moment that carried on for close to a year. I was living in the middle of that in between two of my girlfriends. We were all in the same room and the same office. Now I’m navigating through the stress of their friendship. A lot of people ask me about their relationship. And also the $40 million house, which has gone up in price. That’s probably the biggest thing I get asked. Who sold the $40 million house?” 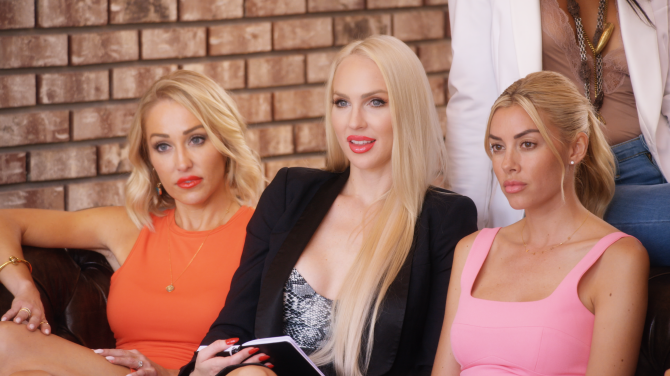 “You are always followed around by cameras in every instance, which is the beauty of capturing true reality TV! And aside from that, I’ve realized that there are so many moving parts beyond just what you see, like the hardworking camera crew and producers that capture every scene and make it all come together.”

Who’s someone you didn’t think you would get along with at first?

“Probably our newest cast member, Amanza. We got off to a rough start, but you’ll have to tune in to see how we worked it out.”

“I’d love to work on something with Tarek since we are both in the real estate field. I think we’d make some great TV.”