Heather Dubrow is back four years after her last season on The Real Housewives of Orange County. However, days after she returned to RHOC, Heather—who starred on the Bravo reality TV series (and the first show in the Real Housewives franchise) from seasons 7 to 11—was already prepared to quit. “I felt like I was walking in fog. It was so surreal to me,” Heather tells StyleCaster of the second episode of RHOC season 16.

“I’m sitting there like, ‘I’ll be right back.’ I’m weirdly calm at that moment. A million things were going through my mind,” Heather tells StyleCaster. “Mostly what I thought was I felt so betrayed. I felt betrayed by production. I felt betrayed by Shannon. I felt betrayed by Gina. I was like, ‘Oh my God. Did I really just open my family up to this? This is the first party and it’s in my house. How did this happen?’” 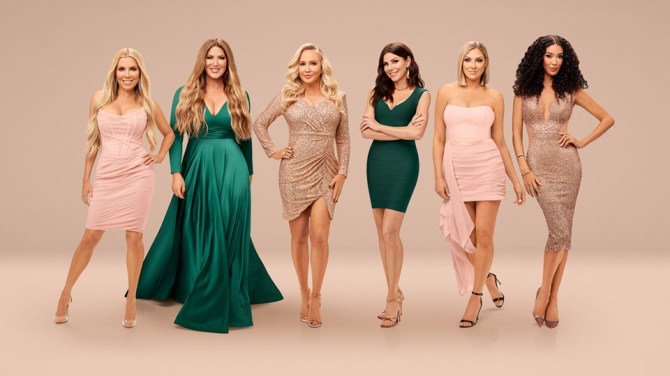 The episode sees Heather threaten to quit RHOC before she goes upstairs to tell Terry what happened. “When I went upstairs, I was like, ‘This is a mistake.’ Terry was like, ‘Great. I agree. We’re done,’” Heather recalls. “Then I went, ‘Wait a second. Hold on. We’re not thinking through this very clearly.’ First of all, what’s going on here? He goes, ‘Well, where’s Nicole?’ He felt so bad for her that she was probably sitting downstairs by herself feeling ambushed by all these women when really this was something between us. It had nothing to do with them. That was our first thing like, ‘Let’s go find Nicole. Let’s make sure she’s OK. And then we’ll figure it out from there.’”

However, in between Heather and Terry’s talk and their scene with Nicole was a conversation between the Dubrows and the producers of RHOC at the video village set up in their garage. “I was very upset, saying, ‘I’m leaving! I’m done!’” Heather tells StyleCaster. “It was an honest account. We were asked to come back. It was a big conversation in our family. They wanted us to come back, which we appreciated. We felt completely blindsided and betrayed.”

In the end, Heather and Terry agreed to stay on RHOC and have a talk with Nicole, who they forgave for the lawsuit. “It was something that happened 20 years ago. Nicole and I became friends eight years ago. It never came up. Personally, I think she either knew and didn’t want to discuss it or maybe she felt uncomfortable bringing it up,” Heather says. “At the end of the day, it was something that happened a long time ago. It was dropped. It’s her private medical information. I don’t think it’s fair. She’s a victim in all of this. Everyone is allowed to have a fresh start. She’s a different person.”

While Heather was quick to forgive Nicole, the same couldn’t be said about her other RHOC cast mates. Ahead, Heather talked to StyleCaster about the “huge violation” Shannon committed by spreading the rumor, the past Orange County Housewife she wants to come back, and whether Bravo fans can expect her on a future season of The Real Housewives Ultimate Girls Trip. 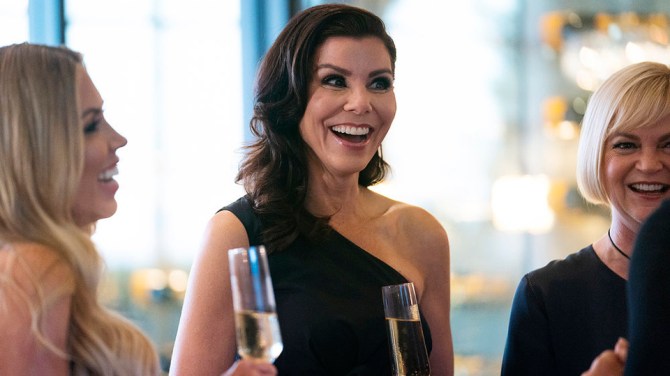 Why did you want to come back to RHOC?

“It was not an easy yes or no when they asked me. If someone asked me a couple years ago if I would come back, I’d say, ‘Never say never, but I feel like I checked that bo​​x.’ So what changed? When my daughter Max came out as bisexual a couple years ago, we were really flooded with so many wonderful comments and support, and a lot of sad stories about people who were estranged from their children or parents and even people who had gone so far as to take their own lives. I was like, ‘OK. I have these four kids. Different genders. Different sexualities, all trying to figure out their place in the world.’ Not that we do it perfectly, but we have a lot of open communication and conversations in our house that I was like, ‘Wouldn’t it be cool if I could use the platform to start those conversations in other people’s homes and try to help some families?’”

How did RHOC feel different from when you were on before?

“I’m definitely more relaxed. When I first joined the show, I didn’t know anybody, so I was literally put in the center of all those women. I was figuring out the show and navigating all those new friendships. This time coming in, I knew all of that but I pretty much got a fresh start. Except for Shannon, I didn’t know anyone.”

Were there any moments that felt nostalgic?

“There was so much of this that was surreal. I remember the first time I walked into a confessional, I was like,’ Oh. Right. Mhm.’ I noticed they have alcohol around now. I was like, ‘I don’t remember that from my day. People drink during these things? Are you kidding me?’ I had a little system. I don’t drink until 30 minutes before we’re done, and then I’ll have a little champs.”

Did you watch RHOC when you weren’t on?

“Nope. Not one clip. I had seen photos. Look, I don’t live under a rock. You see a meme or something.The only thing I did when I knew I was coming back was I watched one little clip of just each of the girls just so I could hear them talk in action but clips weren’t from the show. They were more from interviews.”

Did Shannon know you were coming back?

“She had texted me because it had been a very strong rumor the week it was announced I was coming back. I never lie. But I wrote back something like, ‘Oh, wouldn’t that be so ridiculous?’ So I think she had an idea.” 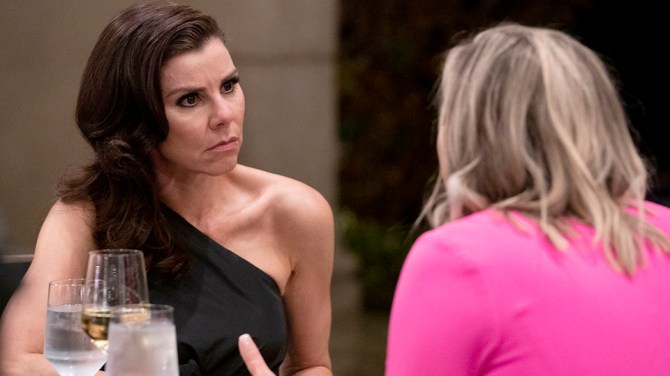 What was your reaction to that scene at the restaurant in the first episode, where Shannon and Gina were talking about Nicole’s lawsuit while you weren’t at the table?

“I felt so bad for myself. I was like, ‘My gosh, am I really this dumb? I can’t read the room? I have no idea when people are talking about me?’ When I said, ‘Shoot the messenger,’ I meant it. If there’s a piece of information that can help someone and you need to tell them, you do it at an appropriate time. Something that happened almost 20 years ago that was dropped that there was nothing to do about, why is this a thing? You’ve been on the show eight years, Shannon, you know when you tell someone, it’s going to get back.

Do you think Shannon wanted Nicole’s lawsuit on the show?

Why were you so quick to forgive Gina?

“When she told me the story about her ex-husband and being at that party, I completely understood how triggering being the only one not knowing a piece of information was. I really liked that Gina wanted to meet up with me so quickly. She had Emily reach out because she was scared, which I understood. We sat down. She immediately wanted to talk about it and I appreciated that. I thought it was incredibly adult. She took accountability for her part in it and didn’t qualify it or make excuses.” 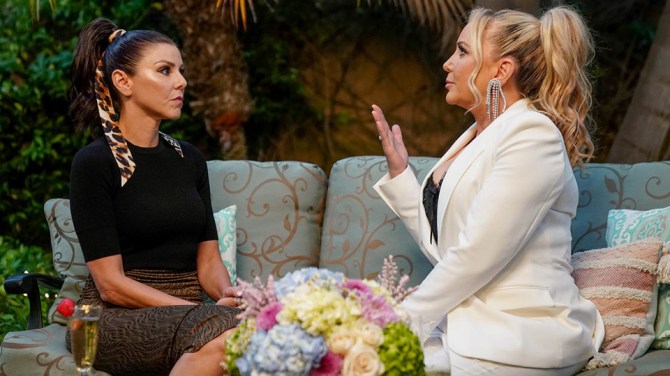 Who is a past Orange County Housewife you would want to come back?

“There was a conversation about Alexis [Bellino] maybe coming to something. I’ve seen Alexis over the years. She’s great. I’d be happy to see her back.”

Would you be on a future season of Real Housewives Ultimate Girls Trip?

“Absolutely not! Don’t ask me! Send me a postcard. I don’t want to go. I think it’s phenomenal. I love it. I love it for the audience because it’s so fun for people to see girls from different franchises all together. But I have enough anxiety doing our show. I can’t imagine doing that. No, don’t want to do that.”

The Real Housewives of Orange County airs Wednesdays at 9 p.m. on Bravo. Here’s how to watch it for free.