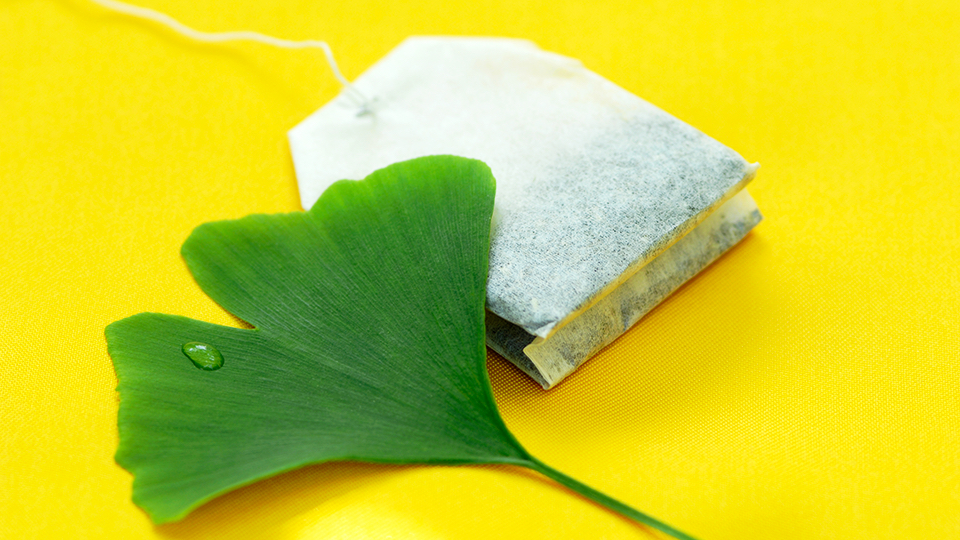 When it comes to the health benefits of tea, you might think that all you need is a bag of Lipton or a matcha latte and call it a day. But that couldn’t be further from the truth. “Most Americans don’t know a thing about tea, and that’s a shame,” says Sebastian Beckwith, a purveyor with high-end tea brand  In Pursuit of Tea. He says teas offer not only great taste, but stellar health benefits and zero calories. And Daniela Turley, a medical herbalist with Urban Healing NYC agrees.

“Teas have so many health benefits,” she says. And whether you’re looking to boost your immune system, calm a queasy stomach, de-stress, or get better hair and nails, there’s a tea for you.

The problem: You worry about the army of free radicals in your body.
What to drink: Herbal tea
Benefit: A boatload of free-radical-battling antioxidants, delicious flavor
Everyone thinks that green tea is the antioxidant hero, but Turley says it’s herbals that are the way to go. A recent study found that mint has hundreds of times more antioxidant power than kale, making a cup of tea the most economical way to fight against free radicals that could cause diseases like cancer, cardiovascular disease, and premature aging. “Herbal teas have more antioxidants than your green juice—and are a lot cheaper,” she says.

The problem: You’ve looked in the mirror and gah—your first wrinkle!
What to drink: Green tea
Benefit: Turning back time
As you probably know, green tea is a long-lauded hero of anti-aging. The tea, which is partially fermented, contains “catechins, or a type of natural antioxidant, that have been shown to fight signs of aging. If that wasn’t enough to get you to drink up, Turley says green tea has also been known to lower blood sugar and cholesterol and could prevent Alzheimer’s. “Add these effects to the other compound found in tea, the relaxant theanine, means you can protect your body from aging while chilling out,” she says. We’re sold. 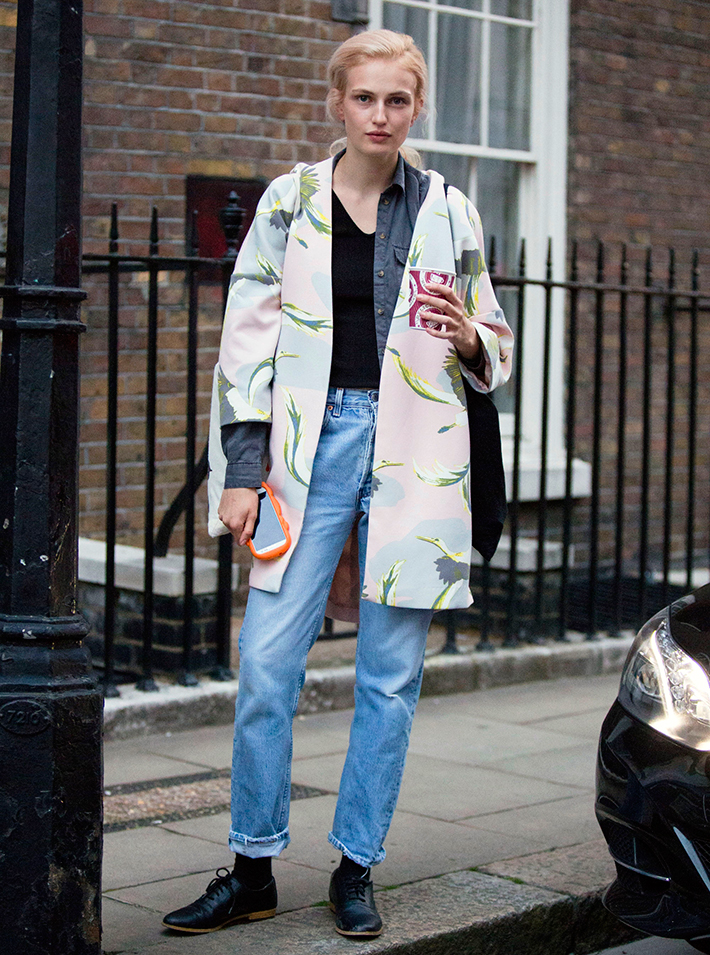 The problem: Your skin is lackluster, your nails are brittle, and your hair is more damaged than Kourtney Kardashian and Scott Disick’s relationship.
What to drink: Horsetail tea, Nettle tea
Benefit: Glowing skin, hair glossier than a goddess’, healthy bones
For that je ne sais quoi inner glow, these teas are the ultimate way to go. “Certain teas [like these] that are rich in minerals feed the hair, skin, and nails,” Turley says. Another added benefit: The minerals also help you have strong, healthy bones, cartilage, and nails. Nettle tea, meanwhile, is also great for hair, and, pound for pound, has more calcium than milk (hey, vegans! Now you have no excuse!).

The problem: You’re in your mid-20s, but you still have the breakouts of a teenager.
What to drink: Burdock (herbal tea)
Benefit: Clear skin, some serious collagen production
Turley’s favorite tea to treat blemish-prone skin is a little-known one. Made from the burdock plant, it’s a natural blood purifier, and, if taken regularly, is used to banish breakouts and eczema and helps with collagen production.

The problem: You need a one-size-fits-all super tea.
What to drink: Oolong
Benefit: Where to start? Weight management, healthy skin and nails, stronger bones, helpful for chronic skin problems like dermatitis
Oolong is made from the leaves of an aromatic white flower with a “vegetal, herbaceous” flavor, Beckwith says. Studies have shown the tea has helped deal with a whole host of issues, so if you’re looking for a one-stop shop for a healthful tea, this is it.

The problem: You’re hoping to slim down (and still feel energized)
What to drink: Matcha
Benefit: Metabolism rebooter, calorie burner, energy booster, latte enhancer
Everyone’s favorite trendy green tea earned its title for a reason. The powdered green tea is zero-calorie and can help jump-start your metabolism. “It’s really the next healthy thing, because it’s the only tea where you’re consuming the actual leaf, not just the infusion,” Beckwith says. It has also been shown to boost energy and help your body detox. It’s a win-win-win! 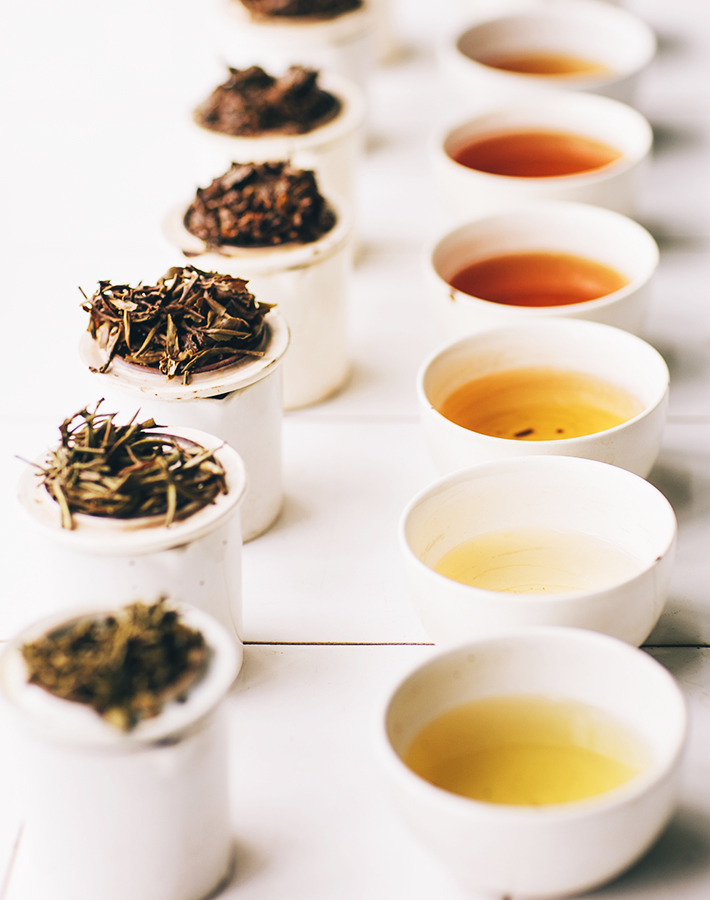 The problem: Stress, stress, stress
What to drink: Kava kava, chamomile, passionflower, valerian root
Benefit: Stress relief, well-deserved chill time
Nothing might seem quite so grandmotherly (or maybe British) as calming down with a cup of steeping hot tea in your hands. But many herbal teas have calming properties, Turley says. “Kava kava is an herb from the South Pacific that has been used for centuries for its calming properties,” and has been used successfully to treat those suffering from generalized anxiety disorder. If your mind’s racing, you can also try a relaxing cup of chamomile or valerian for a good night’s sleep.

The problem: You’re seriously lagging and need a jolt
What to drink: ginseng tea, Siberian ginseng, reshi, rhodiola
Benefit: A caffeine-free energy boost
We’re hard-wired to reach for the coffee or soda when we feel a lull coming on, but Turley says you can get the same energizing effect of caffeine through Korean ginseng tea. “If you use a good quality brand—available at most Asian markets—you should notice the pick-up immediately,” she says. And if you take it regularly, the tea could help you lower your stress and drop your blood pressure.

The problem: Your digestive system is out of whack
What to drink: Herbal teas like Triphala, peppermint, fennel, or chamomile, Pu-Erh
Benefit: Aiding digestion and relieving constipation
People have been using herbal teas to treat tummy issues for thousands of years, Turley says. “As well as their traditional use, there is good scientific evidence that herbal teas can calm digestive ills.” She recommends Triphala tea—a mild laxative—to help ease constipation. And if you’re fighting the battle of the bloat, peppermint tea does wonders.

Beckwith adds that the little-known Pu-Erh, a tea leaf that’s aged in a cake for 20 years or more, is traditionally used in China for digestive issues, too. So if you’ve eaten too much, fear not! “This tea is great at the end of a big meal—just replace it with your after-dinner coffee,” he says.