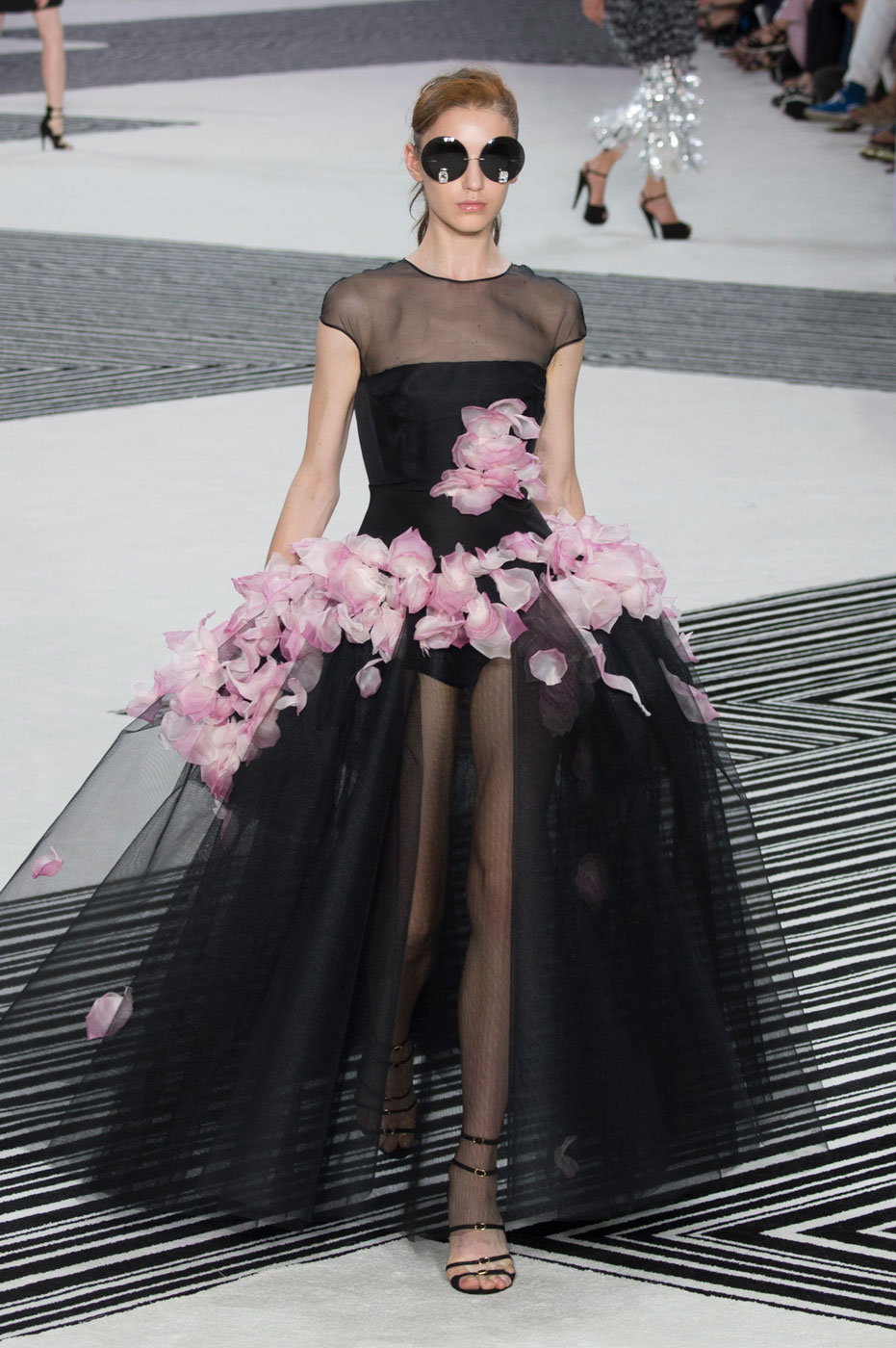 When Jennifer Lawrence walked the Golden Globes red carpet recently and was asked what she was wearing, she replied, “Christian Dior Haute Couture—I don’t know what it means, but I had to say it.”

It was a rare candid red carpet moment for sure, but something tells us a lot of folks don’t actually know what the French phrase means. With the Fall 2015-2016 couture shows underway in Paris we decided to break down what haute couture actually is and what the fuss is all about.

Haute couture—which literally means high sewing—can be traced back to the court of Louis XVI and Marie Antoinette’s reign, but it wasn’t formalized in France until English born designer Charles Worth burst onto the scene and opened his Paris atelier in 1858.

Haute couture continued during the war. When fabric rations went into effect, couturiers started doing presentations on dolls, the third of the size of women, to cut down on costs.

Haute couture became the forum in the 20th century where the most gifted designers showed off their craft—Paul Poiret, Coco Chanel, and Cristobal Balenciaga among others. Couture became synonymous with entirely handmade garments, made of the very best materials, and created by the most accomplished craftspeople. Garments are fitted to an individual client’s shape and then sent to workshops to be embroidered, beaded, and feathered. No more than ten examples of any particular design are ever made.

A decade ago Chanel bought six of the most revered couture ateliers in the world including Lesage (master embroiders), Lemarie (specialist in feathers), Massaro (shoe makers), Goossens (goldsmiths), Desrues (costume jewelers), Maison Michel (milliners), and Guillet (creator of fabric flowers), to ensure that the craft of haute couture could continue in the modern era. 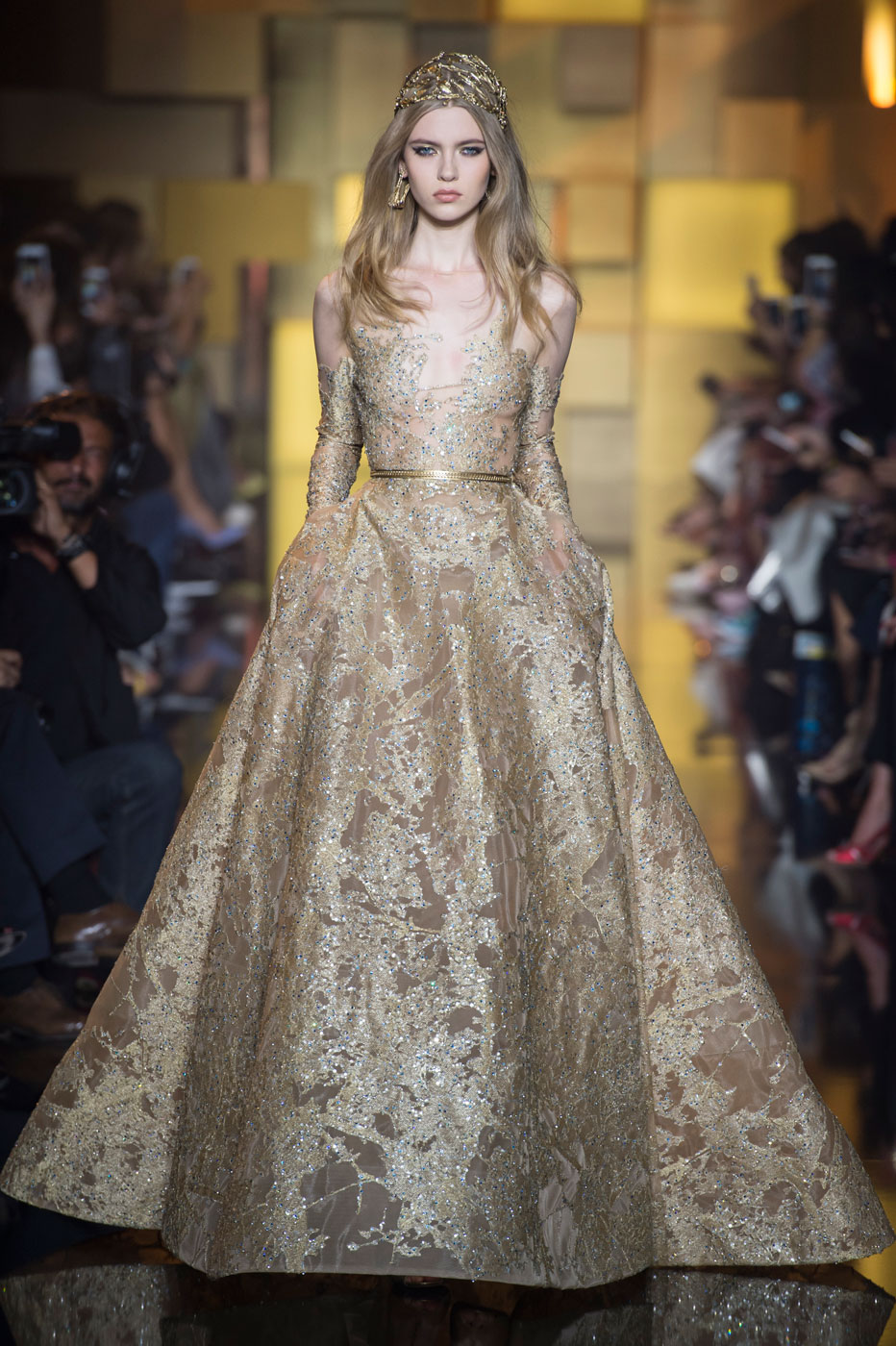 There are 30 fashion designers on the official Chambre Syndicale de la Haute Couture calendar for the Fall 2015-2016 season including couture stalwarts like Christian Dior and Chanel and newer names like and Giambattista Valli. While many have predicted the death of haute couture for some time, designers like Elie Saab and Zuhair Murad have brought new life to the world of couture, and a new customer.

Fashion brands like Dolce & Gabbana and Gucci have also unveiled haute couture collections in recent years, though they are not members of the Chambre Syndicale.

How Much It Costs

Haute couture gowns can take over 800 hours to produce so it goes without saying that buying haute couture doesn’t come cheap. Daywear can start at $10,000, while a heavily embroidered and intricate gown can cost several hundred thousand dollars. The Scott Henshall diamond-encrusted dress worn by Samantha Mumba to the 2004 premiere of Spiderman II was priced at approximately $9 million, so the sky is really the limit.

Despite these mind blowing prices, most fashion houses don’t actually make money off of haute couture and use it as a marketing vehicle to sell everything from perfume to lipstick to the average consumer. 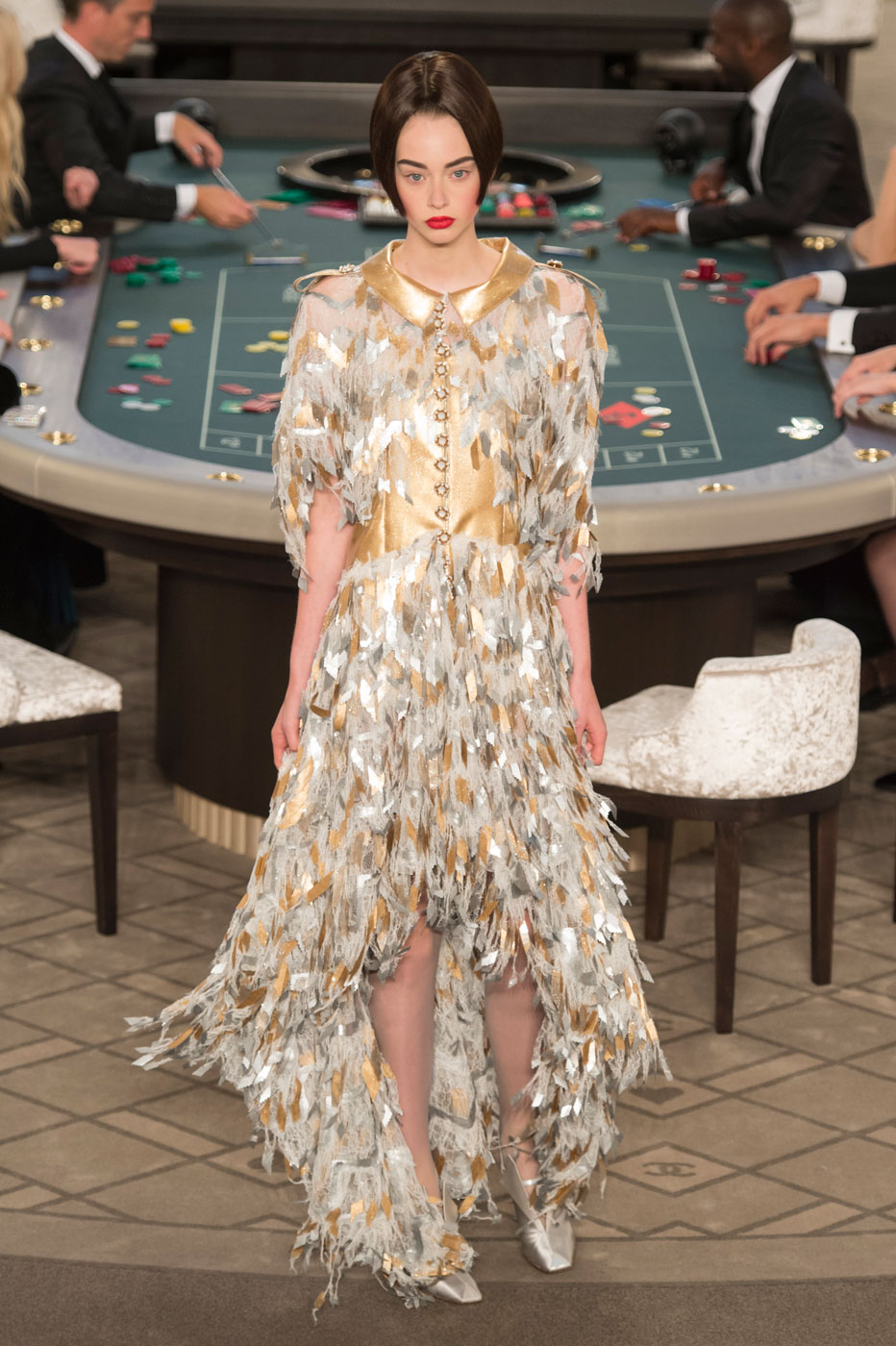 Haute couture came into the public consciousness because of the red carpet. Nicole Kidman walked the Oscars in 1997 in a peacock green Christian Dior Haute Couture gown (and was reportedly paid $2 million to do so). Now it is de rigueur for stars to wear haute couture to major red carpet events. At the recent Golden Globes Lawrence wasn’t the only star to don haute couture—Anne Hathway wore Chanel Haute Couture as did model Barbara Palvin.

It is because of this phenomenon that often times when people are wearing something special or expensive that they refer to it as couture.