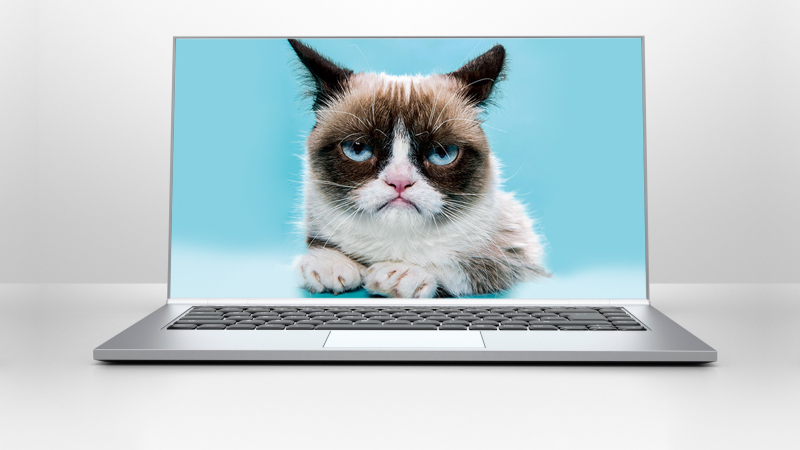 Let’s just get this out of the way: I’m not a pet person. Animals as a species don’t particularly bother me—hey, I watched that GoPro lion video a couple of times—but there’s something about the concept of living with one that makes me queasy.

It goes without saying, then, that I don’t care for other people’s pets—I’m the first one to shoo your cat away at a party and the last one to stop on a busy street to play with your dog. As a result, people haven’t taken to me very kindly over the years, which irks me—I’m really a lovely person, I just don’t love when your pug paws me in the elevator.

No surprise, as someone who doesn’t want to be near a cat, the last thing I want to do is watch them play the piano in my spare time, which is apparently hurting my health: A new study from the Indiana University Media School has found that viewing viral-y cat videos boosts energy and positive emotions, lessens anxiety, and decreases negative feelings overall. The research also found that the positive emotions sparked by these clips canceled out any guilty feelings we have over procrastinating. All well and good, but what if you’re someone who hates cats?

MORE: 13 Things You’d be Doing if the Internet Didn’t Exist

This study got me thinking: From a web editor perspective, I very much understand that these little feline forces are basically traffic wrapped up in a bow, prompting people to share (and share and share—the holy grail of driving page views) but I don’t understand why people are so ceaselessly amused by these types of videos.

Sure, a one-off video of a cat trying to work the vacuum cleaner might be momentarily amusing, as would be any depiction of an animal doing “people” activities, but how can intelligent humans legitimately get giddy day after day over a cat pretending to DJ? Or a cat trying to turn the pages of a book? Or a cat dressed up as Anna Wintour? Or a cat sitting in front of the Yule log at Christmas?

Make no mistake, I’m no stranger to the shifting caprices of the Internet (whaling? I died the first time I saw it) but there’s something that makes me wince about the fact that there’s so much other stuff to do online, and all we want to do is chuckle at a cat. Answering the phone. In a bow-tie. Every day.

MORE: 35 Reasons I Think Carrie Bradshaw is Kind of an A-Hole

It seems to me that cat videos are today’s web equivalent of AOL chain letters—cliché, annoying, and something people are partaking in because, well, it’s the Internet and everyone else is doing it.

I prefer to use the web for more worthwhile time-wasting. For instance, I gravitate toward re-living nostalgic pop culture moments that we literally wouldn’t have access to if not for the web, like watching Susan Lucci win her very first Daytime Emmy (if you really want to watch something weird and amusing, check that video out.) I’m also not opposed to killing 20 minutes at a clip watching compilations of the best dance scenes from “Beverly Hills, 90210.” I’ll take David and Donna breaking it down at the Spring Dance over 30 seconds of a ninja cat any day of the week. Or scenes from “Rags to Riches” and “Square One,” my two favorite shows when I first started really enjoying television as a kid.

I know I’m not the only person on earth who finds cat videos annoying—and I’m doubtful they’ll ever positively impact my health—so until they fall out of favor I think someone smarter than me should invent a filter so I don’t have to see them.

And all you cat lovers, don’t roll your eyes: I know I’m not as cute as Grumpy Cat, but I think the two of us have a few things in common.