We don’t know about you, but we have quite the ~high~ ourselves after Harry Styles’ performance at the 2021 Grammys. The 27-year-old hitmaker didn’t miss his opportunity to shine for his first time on the Grammys stage.

The former One Direction member kicked off this year’s socially distanced edition of the 63rd Annual Recording Academy Awards show with a stripped-back version of his summertime hit, “Watermelon Sugar.” He took to the stage wearing a head-to-toe leather suit ensemble (with, uh, no shirt underneath—obviously, we’re not complaining!), and, lest we forget, a green feather boa which he promptly threw off to get his groove on alongside his backing vocalists and band.

The “Cherry” singer was nominated across three categories at the 2021 Grammys: Best Pop Solo Performance, for his song “Watermelon Sugar“; Best Pop Vocal Album for his 2019 record, Fine Line; and Best Music Video for “Adore You.” 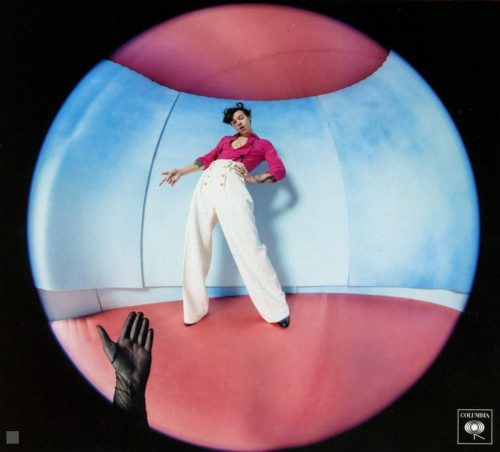 Courtesy of Columbia and Erskine Records.

Shortly after the Recording Academy announced the list of nominees in November 2020, Harry spoke to Variety about his Grammy nods. In the December 2020 interview— where he was named “Hitmaker of the Year”—the pop star explained that while awards aren’t necessarily an inspiration behind why he makes music, he felt it was “nice” to be recognized.

“It’s never why I do anything,” he began. “It’s always nice to know that people like what you’re doing, but ultimately—and especially working in a subjective field—I don’t put too much weight on that stuff.”

Harry went on to reveal that he tries his best to remove his “ego” whenever he’s working on his music. “I think it’s important when making any kind of art to remove the ego from it,” he said, before citing the painter Matisse: “It’s about the work that you do when you’re not expecting any applause.”