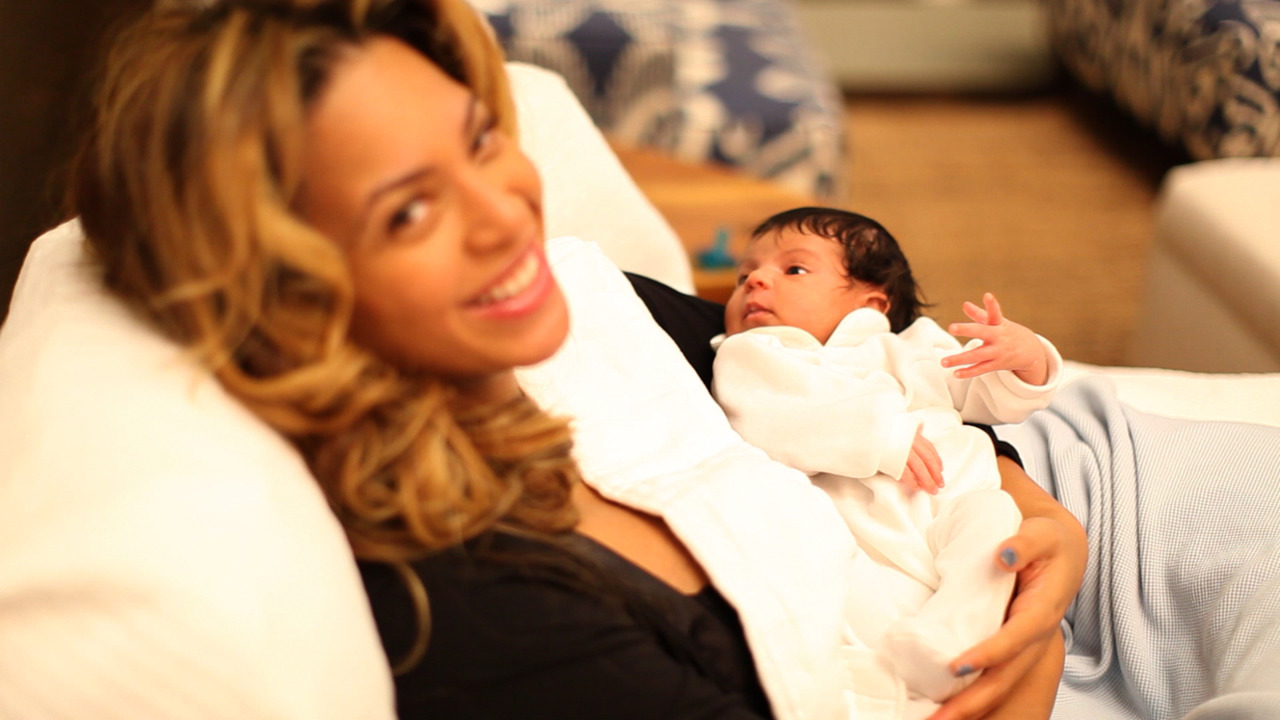 The most famous baby of 2012 (and possibly all time, until of course Kate Middleton or Kim Kardashian gives birth) Blue Ivy Carter turns 1 year old today! The daughter of notoriously private power couple Beyoncé and Jay-Z may only have 365 days under her tiny belt, but she’s received more press than some of the biggest celebrities in the world. Thus, in order to commemorate baby Blue’s birth, it seemed only appropriate to review her time on earth so far. Below, highlights from Blue Ivy’s monumental first year!

January 7: After months of speculation regarding the baby’s due date, Beyoncé finally gave birth on Jan. 7, 2012 at Lenox Hill Hospital on New York’s Upper East Side. Although the couple did their best to keep Blue’s birth under wraps, reports that the couple rented out an entire floor of the hospital for a cool $1.3 million ignited a media firestorm that led to hoards of photographers rushing to the scene.

January 9: Two days after being born, Blue Ivy was given a gift that the rest of the world can only dream of: A song written for her by doting dad Jay-Z. “Glory” even featured some of Blue’s infant squealing, and while putting your days-old baby on a track may seem controversial, pretty much everyone from the average Twitter user to members of entertainment media, thought it was precious.

February 10: After a month of silence, Beyoncé debuted photos of Blue Ivy on a Tumblr called “helloblueivycarter,” with a note that stated: “We welcome you to share in our joy. Thank you for respecting our privacy during this beautiful time in our lives. The Carter Family.” The announcement occurred smack dab in the middle of New York Fashion Week, and we can still recall editors glued to their iPhones, poring over the baby pics.

February 25: Hot on the heels of her Internet debut, Blue Ivy made her first public appearance, bundled up for a lunch outing at swanky West Village Italian restaurant Sant Ambroeus with her mom and dad.

March 9: A big day for Blue Ivy: Her first Brooklyn outing! Not only is it the borough of Jay-Z’s upbringing, but Bey’s sister Solange Knowles is currently a resident, along with her 8-year-old son Julez. The foursome played in a park in the Prospect Park neighborhood.

March 13: Blue Ivy made an appearance in Tribeca, Beyoncé and Jay-Z’s homebase when they’re in New York City. Although her face couldn’t be seen, something else could—her amazing pair of gold Marc Jacobs mouse shoes, which matched her mom’s Charlotte Olympia leopard flats perfectly.

July 18: While Beyoncé is quick to shield Blue Ivy from the prying eyes of paparazzi, she let her guard down when browsing at iconic New York department store Bergdorf Goodman, where gawkers snapped up pics of the tot and her mom, who was rocking some awesome braids.

August 13: The 8-month-old clearly had become a fan of Jay’s music, or at least a miniature promoter: Beyoncé posted a photo to Tumblr with Blue Ivy sucking on a baby bottle and wearing a miniature shirt from Jay-Z and Kanye West‘s “Watch the Throne” tour. 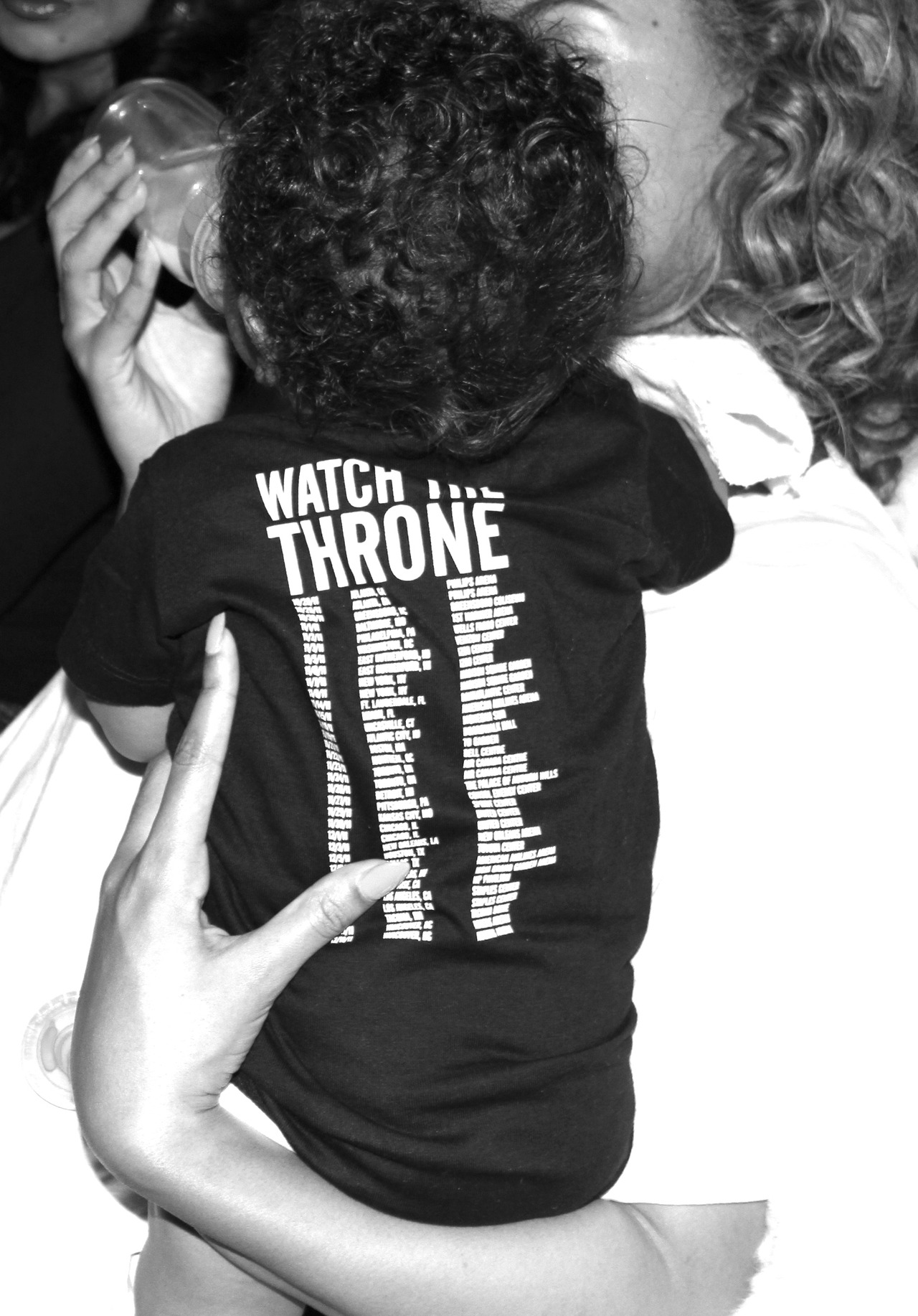 September 4: A major milestone in the life of any child: Their first time aboard a luxurious yacht in the Mediterranean Sea. Blue Ivy enjoyed a getaway with her folks, as mom Beyoncé celebrated her 31st birthday.

October 22: This isn’t exactly a normal occurrence for a person who can’t even speak yet, but Blue Ivy’s first legal case was settled in October—and it wasn’t in her favor. Her parents had famously been fighting to trademark Blue Ivy’s name and they were totally shut down, thanks in part to a Boston-based wedding planner company called Blue Ivy Events, which fought to protect the right to keep its name.

January 7: Blue Ivy spent the rest of 2012 vacationing with her family throughout Europe, and kicked off the new year under the radar. She wasn’t seen at her dad’s performance at the Barclays Center in Brooklyn or her mother’s in Las Vegas, but we’re guessing she was probably hanging in a hotel room with Beyoncé’s mother Tina Knowles waiting for the ball to drop.

A big happy birthday goes out to this fabulous little girl, and we obviously can’t wait to see more of her as she grows up before our eyes!