The first time Hannah Zeile met Chrissy Metz, the adult version of her character Kate on NBC’s runaway hit “This Is Us,” wasn’t on set, but seven years ago when Zeile was a 13-year-old wide-eyed aspiring actress, and Metz was a commercial agent still looking for her big break.

The two saw each other in passing, but it wasn’t until years later when they reunited in the hair and makeup chairs of “This Is Us” that they were formally introduced and realized that their lives share more than their same character. “We were both in the hair and makeup trailer, and she just turned to me and was like, ‘Oh my God! I don’t know if you remember, but I was a commercial agent at the agency that you’re with,’” Zeile says. “I was like, ‘Oh my God! I totally remember seeing you around the office.’ She was like, ‘I used to be in meetings discussing stuff about you.’”

However, Zeile’s relationship with “This Is Us,” where she plays the teenage version of Kate Pearson, an aspiring singer struggling with her weight and relationship with her mom, goes beyond her fortuitous connection with Metz. The show—which airs its second season finale on Tuesday, March 13—played a significant role in helping Zeile to overcome deep-rooted insecurities and the pressure to look “model-thin” in her early career.

“I’ve definitely gained a lot more confidence through this show,” Zeile says. “Playing a role that does deal with body insecurities and seeing that there are so many other people who relate to it, it makes everything feel so much more powerful.” 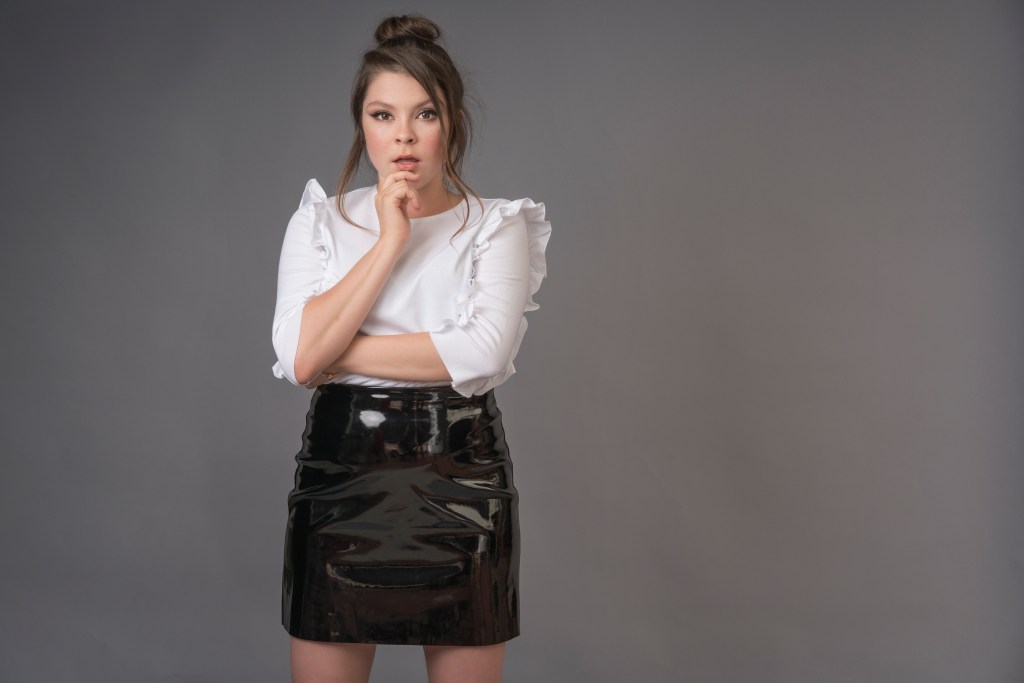 Raised in Thousand Oaks, California, a suburb of Los Angeles, Zeile was groomed to become a big-shot athlete. Her dad, Todd Zeile, was a Major League Baseball player, while her mom, Julianne McNamara, was an Olympic gymnast. “Growing up, I always did sports,” Zeile says. “But I never stuck to one thing. I was always bouncing around. Nothing really kept my focus.”

Zeile’s acting calling came when she was 12 years old when she binge-watched cast auditions for her favorite show, Disney Channel’s “Hannah Montana.” “That’s when it became a reality to me,” Zeile says. “Seeing them in their regular clothes doing the scenes that I watched, it became an obsession of mine, like ‘I can do this. Anyone can do this.’”

Playing a role that does deal with body insecurities, everything feels so much more powerful.

After taking acting classes for a year, Zeile began auditioning, booking her first-ever role as the daughter of Charlie Sheen’s best friend in FOX’s “Anger Management.” At 14, still unsure if a lifelong acting career was for her, Zeile took a break to live a more traditional high-school experience. However, when it came time to apply for college, Zeile knew that she wanted to give acting another try. Her dad wasn’t so convinced.

“I just remember telling him, ‘Give me one year. Give me a gap year and let me audition,’” Zeile says. “‘I have this really strong feeling inside I can’t explain, but I feel like I’m going to book something. Give me time.’” 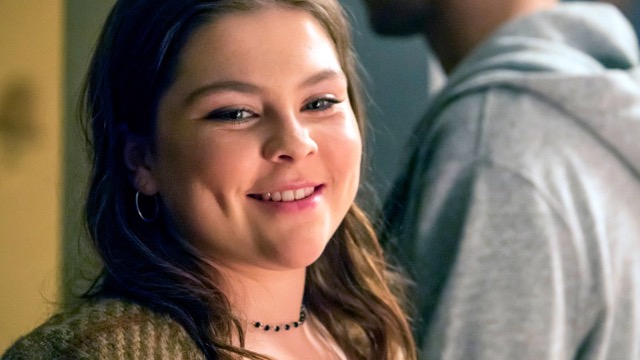 Zeile’s intuition was right. A few months later, she landed an audition for a then-unknown drama titled “This Is Us,” while working at Chipotle. After the initial audition, which was her first since she began acting again, Zeile was ringing up burrito bowls when she felt her phone vibrate. She ran to the bathroom to answer it. It was her manager telling her that casting for the role was down to her and another actress and that she needed to meet the show’s creator Dan Fogelman at Paramount’s studios immediately.

“I walked out to my manager and said, ‘I’m so sorry. You’re not going to have a cashier,’” Zeile says. “‘I’m just letting you know that I’m going to leave now.’ And I never came back.” On her Lyft ride home, Zeile received a call telling her that she booked the part and needed to be on set at 8:30 a.m. the next morning. “One of my most memorable days was spent with this random Lyft driver,” Zeile says.

You don’t normally see a really heavy character in a main role.

Though the audition process for “This Is Us” happened over a few days, the journey there wasn’t so simple. Growing up, Zeile was made fun of for her small size and less-developed body. “That was my own body insecurity itself,” Zeile says.

Zeile’s insecurities worsened when she grew into her late teens and became more conscious of body image, especially after being raised in today’s social media age, when photo-editing apps and idealistic bodies are commonplace. “I definitely have found myself comparing and feeling like I’m chasing what they say: goals. Body goals,” Zeile says. “It makes you forget that you have a beauty of your own.” 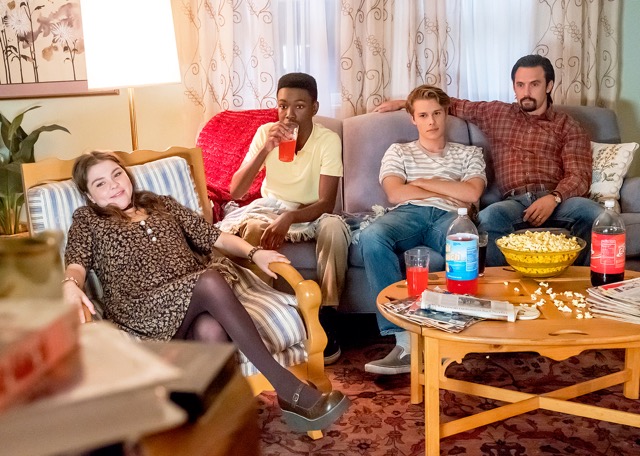 Beginning an acting career when her body was still developing didn’t make things easier. When Zeile returned to acting at 18, after a four-year-long break, she noticed a difference in the way she was treated and how she perceived her body. “It definitely was interesting from being 14 and auditioning and coming back at 18. I definitely looked different,” Zeile says. “There’s a stigma with acting. Like they say, ‘The camera adds 10 pounds,’ so everyone wants to be really thin, and you want to have really clear skin.”

However, Zeile sees a glimmer of hope. With characters like Kate, she believes there’s a shift toward casting actors with more realistic bodies—instead of the “model-like bodies” she used to see. “Before, a lot of actresses had model-like bodies. You see them in person, and they’re so thin,” Zeile says. “But now, there’s a lot of focus on having average, normal-looking women and men and people who you can relate to and see on the street.”

Social media makes you forget that you have a beauty of your own.

Zeile’s fight for body-positivity is why she considers it an honor to play Kate, a character who has helped her push past her own self-doubt. ”Kate lets her insecurities stop her from doing great things,” Zeile says. “She has a beautiful voice and she has talent, but she holds herself back because she’s so insecure. I’ve learned that that’s an issue, and I don’t want to let my insecurities get in the way of things so I try to push myself, which is what I would love to see Kate doing too.” 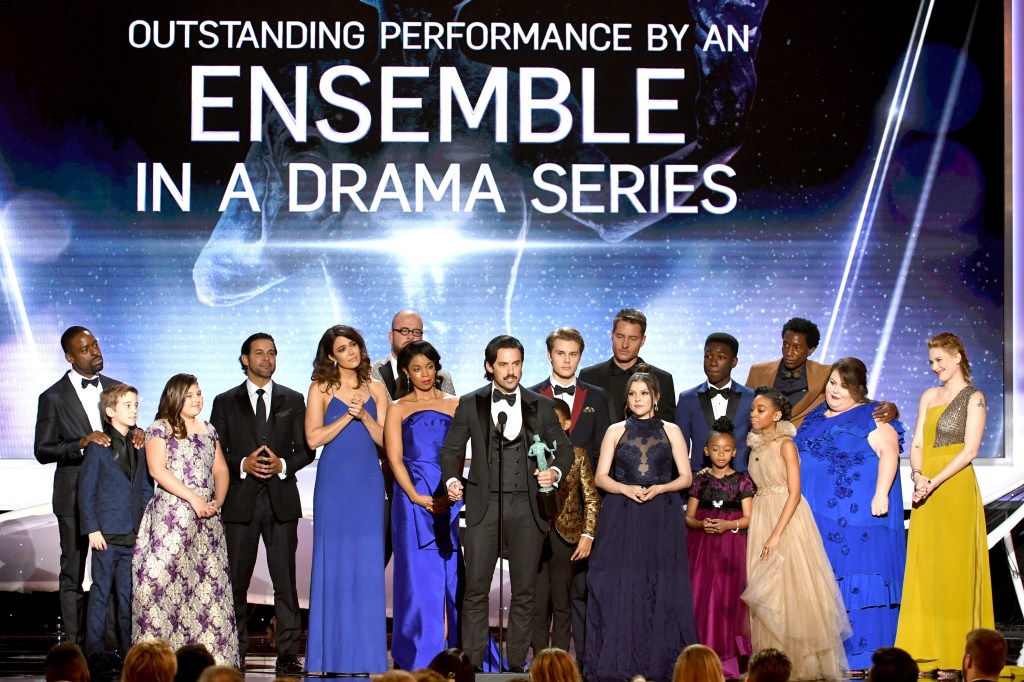 However, Kate’s character isn’t the only thing about “This Is Us” that has changed Zeile’s life. Since the show’s premiere in 2016, Zeile won a SAG Award—which she keeps on her mantel and has memorialized with an embarrassing amount of live-TV “Oh my Gods”—and has essentially witnessed her life flip 180 degrees. “I remember after the pilot thinking, ‘Wow. This is not what I’ve been seeing on TV lately. This is rare. This is captivating. I was already drawn in,’” Zeile says. “But for it to turn into this full, as they call it, phenomenon that it is, there was no way to expect it.”

There is a lot more to someone than the shape of their body.

But there are cons too, such as the amount of secrecy behind spoiler-prone storylines. Most notably, the long-awaited reveal behind the death of Kate’s father, Jack Pearson (played by Milo Ventimiglia), which Zeile had to keep a secret for a majority of the second season after finding out in the premiere. “We had our scripts hand-delivered to us on red paper so we couldn’t photocopy it,” Zeile says. “It was a top-secret thing.” 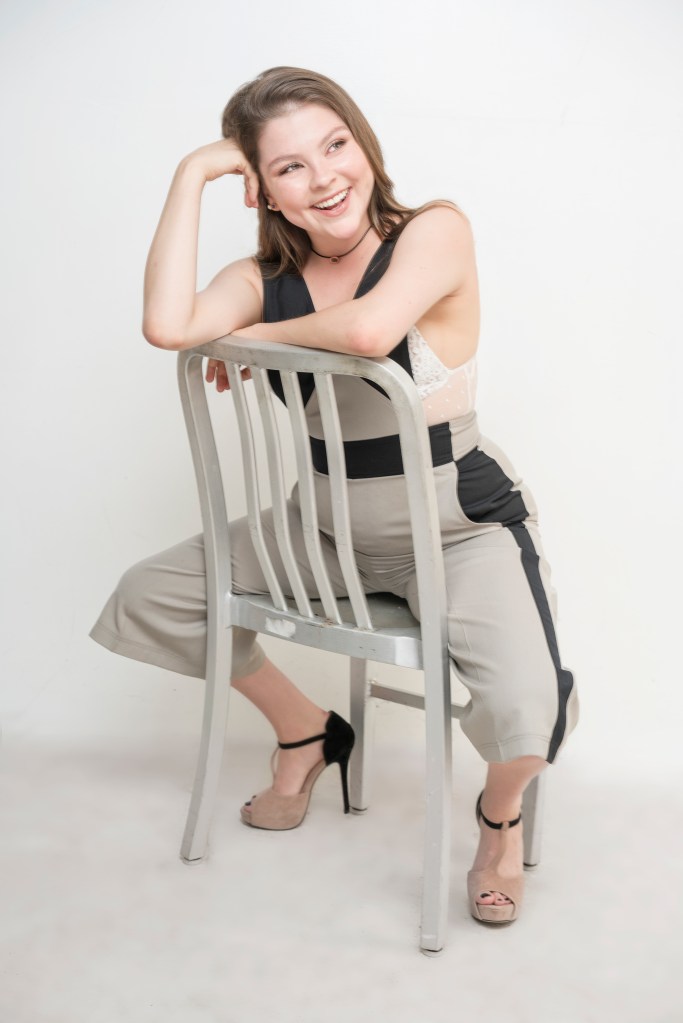 As for what viewers can expect from teenage Kate in season three, Zeile teases that the death of her father will spark a shift in Kate from an angsty teen to the more withdrawn Kate now played by Metz. The season two finale, however, is kept top-secret. “I can’t say much, but it is definitely going to be more uplifting and hopeful and not so heartbreaking as the last few episodes were,” Zeile says.

Though Zeile is glad that “This Is Us” has expanded the conversation about body image and size on-screen, she hopes that characters in the future aren’t tokenized and seen for only their size. “You don’t normally see a really heavy character in a main role. It’d be interesting to see more shows incorporate characters like that and have the storyline not only have to do with their weight,” Zeile says. “I’d love to see more shows where if they do hire someone of a different body shape not to make it only for that purpose. There is a lot more to someone than the shape of their body.”