Bachelor Nation tea! Hannah Brown and Peter Weber had sex after his engagement to Hannah Ann Sluss in The Bachelor season 24 finale.

In her new memoir, God Bless This Mess: Learning to Live and Love Through Life’s Best (and Worst) Moments, Hannah—who met Peter on The Bachelorette season 16, which he came in third place—revealed that she and Peter hooked up while his Bachelor season was still airing. As Bachelor Nation members may remember, Hannah made an appearance on the first two episodes of Peter’s Bachelor season, where they confessed their feelings for each other. “I was so upset breaking up with him,” Hannah told People in November 2021. “I know he really did care about me and he’s such a great guy. I was really confused.”

Hannah—who broke up with her Bachelorette winner, Jed Wyatt, before her finale aired—explained that, once Peter became the season 24 Bachelor, she was able to let go of some of those feelings she had for him. “Once I knew that, it helped shield my feelings for him. I still didn’t know if I could get there with him,” she said. However, those feelings came back when she and Peter reunited on his Bachelor season, where he told her that he would “quit the show” to be with her. “Going back and seeing him as the Bachelor, it brought up a lot,” she says. Off camera, “Peter told me he’d quit the show, 100 percent, if I could say that I wanted to be with him. I wanted to go on a date with him, but I couldn’t say that I knew for sure,” she said. 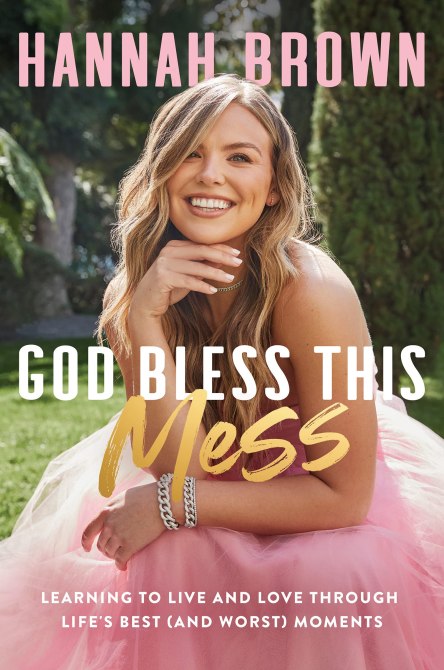 In the end, Peter and Hannah decided to not get back together, and Peter went on to get engaged to his Bachelorette winner, Hannah Ann Sluss. Peter and Hannah Ann split around January 2020, just around the time his Bachelor season premiered. He and Hannah ran into each other at an engagement party for Bachelor in Paradise alums Dylan Barbour and Hannah Godwin in February 2020, where they reconnected. “I heard that they were having troubles,” she said. “He was like, ‘I have so much to tell you.'”

Hannah revealed in her book that Peter invited her to his parents’ house in Los Angeles so they catch up privately. Hannah ended up sleeping over in Peter’s brother’s room when Peter texted her to come to his room, where they ended up having sex. That’s when Hannah realized that the spark they once had on The Bachelor was no longer there. She wrote in the book that she and Peter had an awkward breakfast with his parents the next morning before he left for work and called her an Uber. The next time they talked on the phone, Peter revealed to Hannah that he still had feelings for his Bachelor runner-up, Madison Prewett. “The chemistry just wasn’t there,” Hannah told People. “It just sucked. And then, I found out he had another girlon his mind. It was all so bizarre.”

Peter and Madison revealed that they had gotten back together during the “After the Final Rose” special of his Bachelor season. However, the two split a few days later. Hannah—who has been dating her boyfriend, Adam Woolard, for a year—hasn’t seen Peter since their hookup. “Things might not have turned out the way I expected, but I try to learn from every moment,” she told People. “I don’t wish ill on anybody. And I’m in a really good place.”

In an interview with Us Weekly, Hannah confirmed that she didn’t tell Peter that she would be including the story in her book. She also explained why she decided to reveal their secret hookup. “Telling that story, I think it just really gives an honest and vulnerable account of what was kind of going on in my life,” she said.  “There’s this buildup that kind of happens, you know, and then my brother has the overdose and the stuff with the quarantine crew. It was, like, this perfect storm that unfortunately there were some mistakes and all that, but [it] led me to getting the help that I needed. So I think that story really was important. And I think it’s relatable. I mean, maybe not the parents’ house, but it’s definitely a sign of making a poor decision when you’re hurting. And I think a lot of girls can relate to that.”

When asked if Peter knew that she would tell the story, Hannah simply said, “He has not been a part of this process of writing this book.”

Along with Hannah, Peter has also written a book. His children’s book, The Adventures of Pilot Pete, was published in November 2021 and is inspired by his childhood dreams of becoming a pilot. “Peter grows up but never loses his wonder with human flight, and, after years of long hours and intense study, achieves a lifelong dream. Told in an easy-to-read, approachable tone and gorgeously illustrated to highlight the characters’ emotions, The Adventures of Pilot Pete will instill values in children that every parent wants them to have: the courage to follow their dreams, the pluck to fight through hard times, and a deep appreciation for friends and family,” the publisher’s description reads.

The Adventures of Pilot Pete by Peter Weber 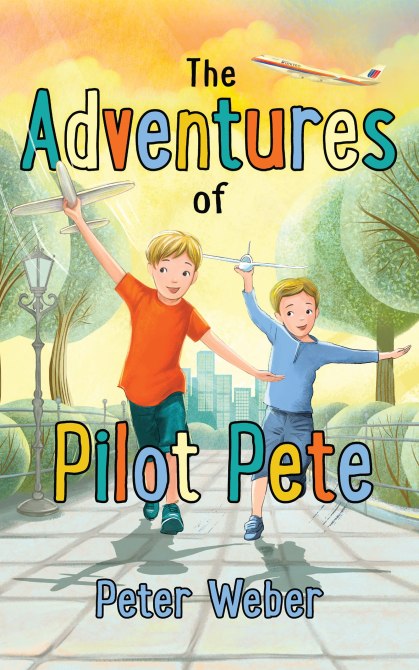 After Peter’s split rom Madison, he went on to date Kelley Flanagan, another contestant from his Bachelor season, who was eliminated in fifth place. The two dated for 10 months before their split in 2021. In an interview with Us Weekly in April 2021, Peter confirmed Hannah’s account that he wanted to quit the Bachelor to be with her. “I was an idiot, producers probably hated me, but I literally, like, I think they edited this part out, I was like, ‘I’m gonna leave the show, like, if you want to, if you want to give this a shot, I’ll leave right now,’” he said at the time. “And she’s like, ‘You can’t do that, Peter, you’re the Bachelor, you signed a contract.’ I’m like, ‘No, like, I’ll do it. What are they gonna do to me?’ … I don’t know what I was thinking that day. I was very confused.”

He continued, “I am very in touch with my feelings … and I know when I’m feeling something and when I’m not and I was just kind of going off of what I was feeling there. Maybe I was a little too impulsive.”

God Bless This Mess by Hannah Brown and The Adventures of Pilot Pete by Peter Weber are available on Amazon
.