On Thursday, March 14, FOX aired the iHeartRadio Awards. Halsey’s wardrobe malfunction was caught on video and it has everyone wondering—was it an intentional choice or an inconvenient accident that miraculously didn’t go horribly wrong? Halsey took to the stage at the beginning of the awards show to perform an incredible live remixed version of “Without Me.” The singer sported some long pink locks and a black leather outfit, walking among a car wreckage as she belted out her award-nominated lyrics,

“Tell me how’s it feel sittin’ up there
Feeling so high but too far away to hold me
You know I’m the one who put you up there
Name in the sky
Does it ever get lonely?
Thinking you could live without me”

THEN—she threw off her long leather coat just as the music shifted and she launched into 11 Minutes with her new boyfriend, Yungblud. It was a super badass moment until fans noticed that Halsey’s right strap was completely off her shoulder, which caused the front of her dress to dangle. It appeared to be dangerously on the edge of slipping off the entire rest of the performance.

At minute 2:41 (mid-performance), the “Closer” singer looks down and seems to notice the issue. She quickly readjusts but—like a total pro—keeps singing and performing until the end—all the while keeping tabs on the wardrobe malfunction and possible nip slip. If it was intentional, she probably wouldn’t have had any hesitation about it. Luckily, the leather was probably tight enough that she felt secure enough to rip it on the guitar. The boldest move was running after Yungblud—the dress was like, “I THINK I’LL TRYYYY DEFYING GRAVITY!” 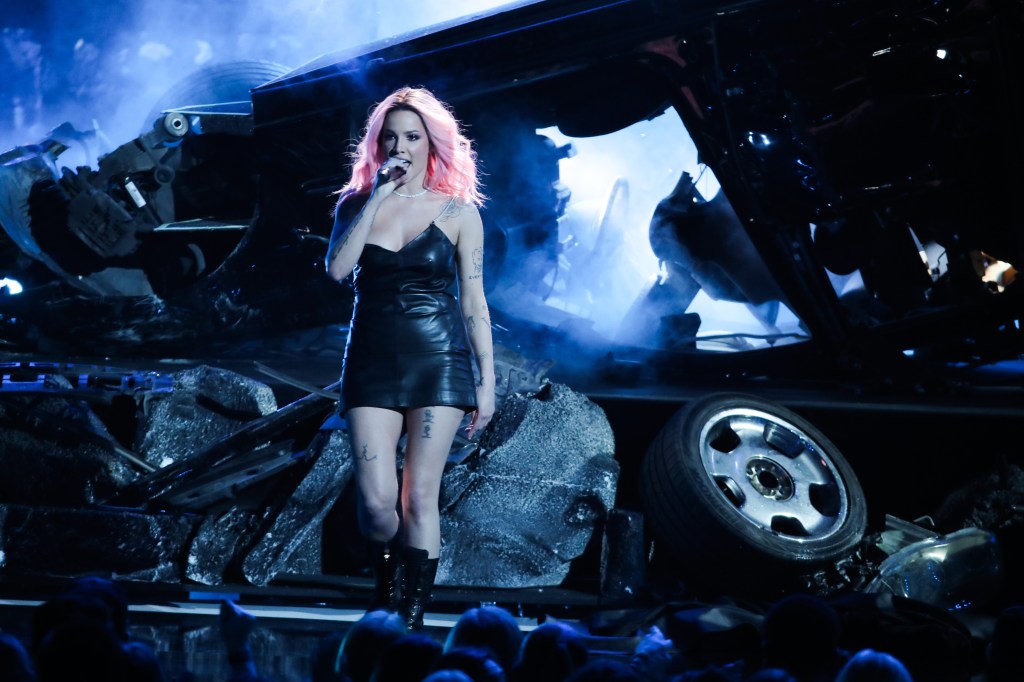 The dress issue did not affect Halsey’s vocals (bless)—she sounded as strong, sultry and smokey as ever! And it looked like she was truly having a blast performing with her 20-year-old flame. 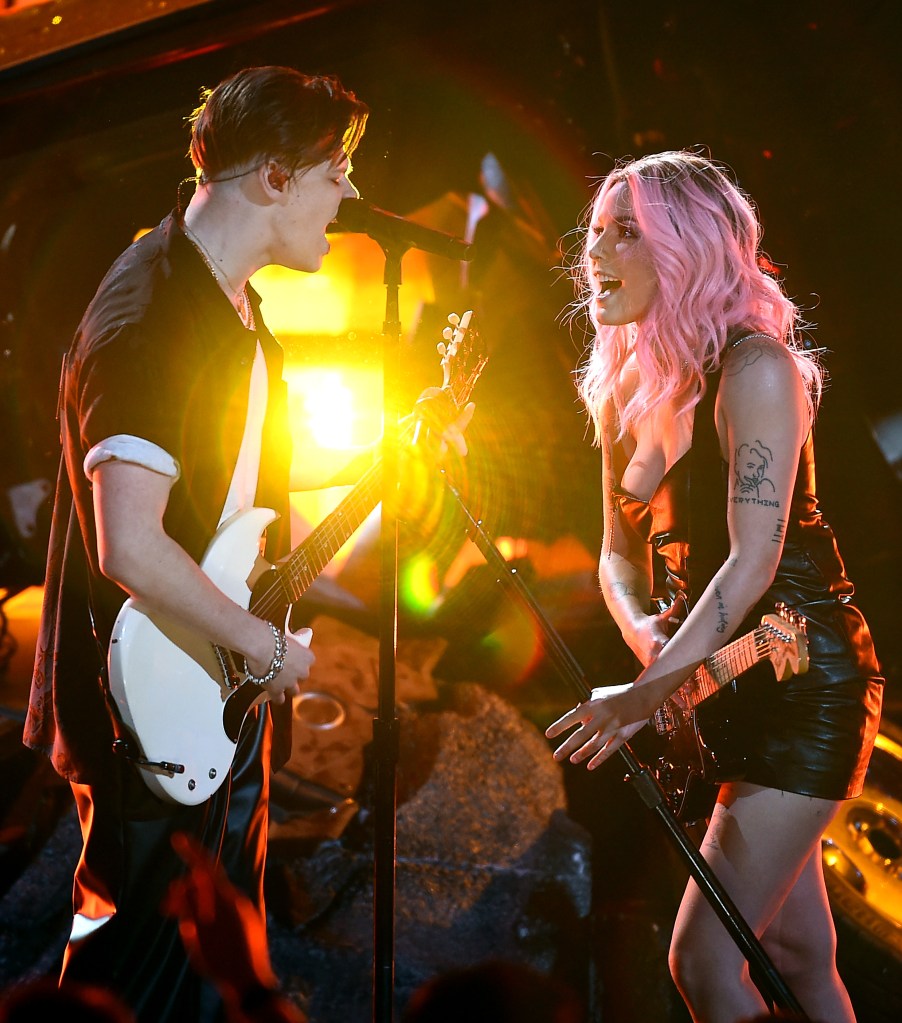 Honestly? They’re so cute. We want someone to hug us the way Halsey hugs Yungblud. 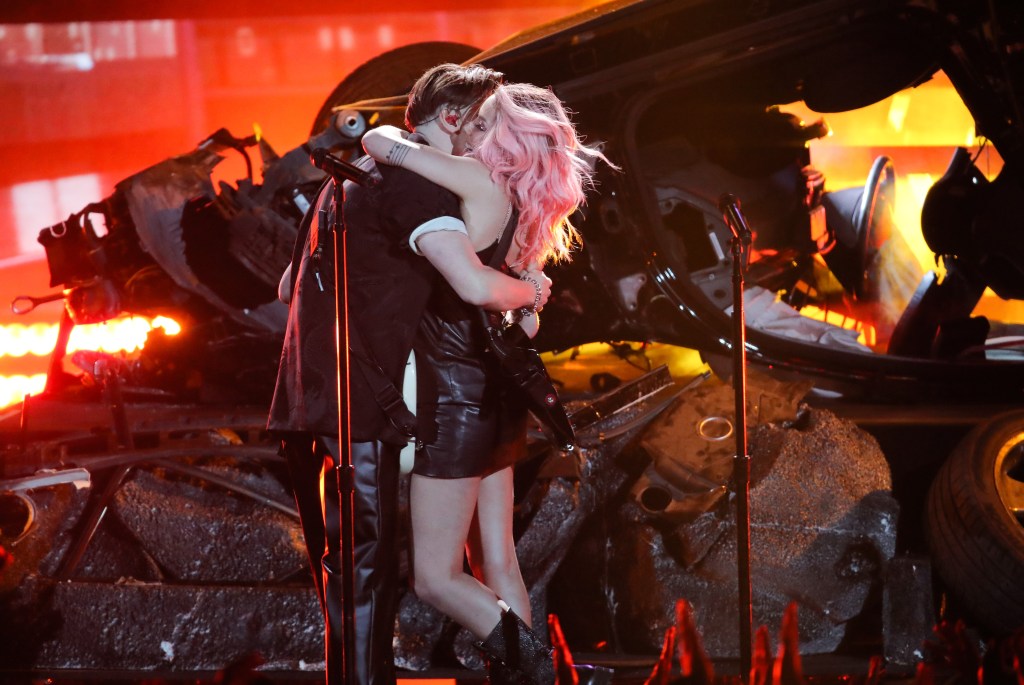 Watch her performance here and just really think about how CALM she seems when in her mind she must’ve been like, “Am I about to flash the entire audience/people watching Fox?” Luckily, she made it through like a total champ.

Along with her opening performance at the show, Halsey was nominated for Female Artist of the Year, Best Lyrics for “Without Me” and Best Cover Song for “Lucid Dreams.” The singer took home an award for the L’Oreal Paris Fangirls Award. 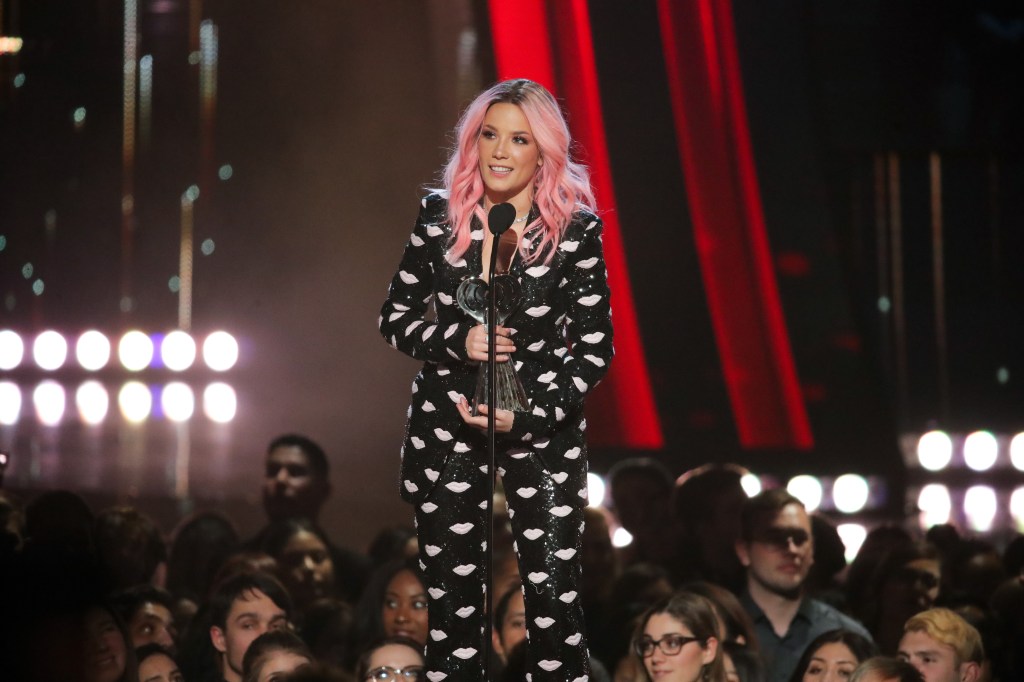