Halsey has never been afraid to put her tattoos on full display. For instance, the 23-year-old singer recently flaunted her inked arms and left leg at the MTV Movie and TV Awards, sort of like a proud mom showing off her kid’s drawings. But one tattoo that didn’t hit the spotlight during the red carpet is her newest and might we say, boldest, decoration. 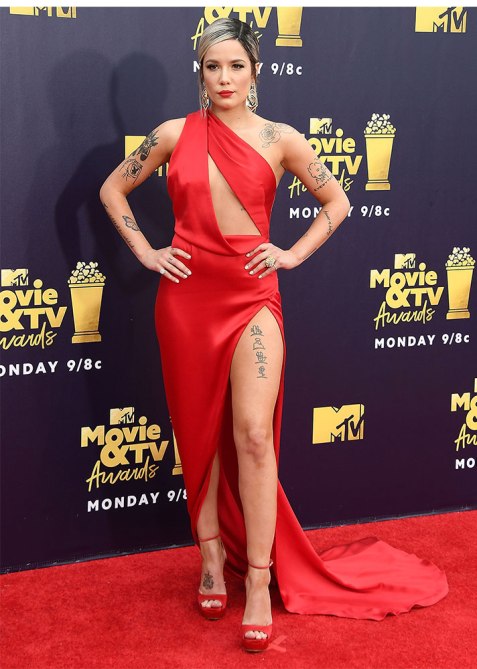 Straying from her usual spots, Halsey went and got a face tattoo. Now, before you start thinking it’s akin to Post Malone’s “Always Tired” ink, it’s not. Instead, she went for a more subtle design near her ear: a red Q with a diamond below it.

She posted a photo of the new ink on Instagram yesterday, writing, “Headed straight for the castle. @nal.tattoo 💉💉 thanks for my first (and only hopefully lol) face tattoo.” The Los Angeles based tattoo studio also posted its own photo of the singer with a simple crown emoji.

Other celebs are feeling the ink, too, like unexpected pal John Mayer who simply said, “This is brilliant.” We are inclined to agree. The tattoo is simple and elegant, but also dangerous and badass because of placement. It’s also easily to cover and not too noticeable, which means it won’t end up being the topic of every conversation.

MORE: 35 Tattoo Ideas That Are Simple, But Stunning

Although Halsey hopes this is her last face tattoo, we wouldn’t hate another one on the opposite side. It’s all about balance, right?