Look, we get it—you don’t really care about some artistic, avant-garde hairstyle that some 16-year-old model wore on the runway for five seconds, because it was created by a literal team of experts, and probably has, like, yarn and toothpicks in it. Right? So we’re not here to tell you how a grease-slicked bun is “super cool,” or purple braids are “the new ponytail.” Instead, we’re here to tell you how to create the one hairstyle from all of New York Fashion Week that was so freaking pretty, so romantic and inspiring, that we literally stopped working for five minutes to gush about it. And the hairstyle was seen at Alice + Olivia’s Fall 2017 presentation.

If you’ve been following fashion week at all, you’ll know that the rampant hair theme of the season has been tight, slicked-back looks, which is what we half-expected when went backstage at Alice + Olivia. So when we saw the models walking around with soft, romantic waves, twisted back into knots, we quite literally freaked out and promptly asked the show’s lead hairstylist, Justine Marjan (whose client roster includes Olivia Culpo, the Kardashians, and Lily Aldridge), how to create the look on ourselves at home and make all of our hairstyle dreams come true. 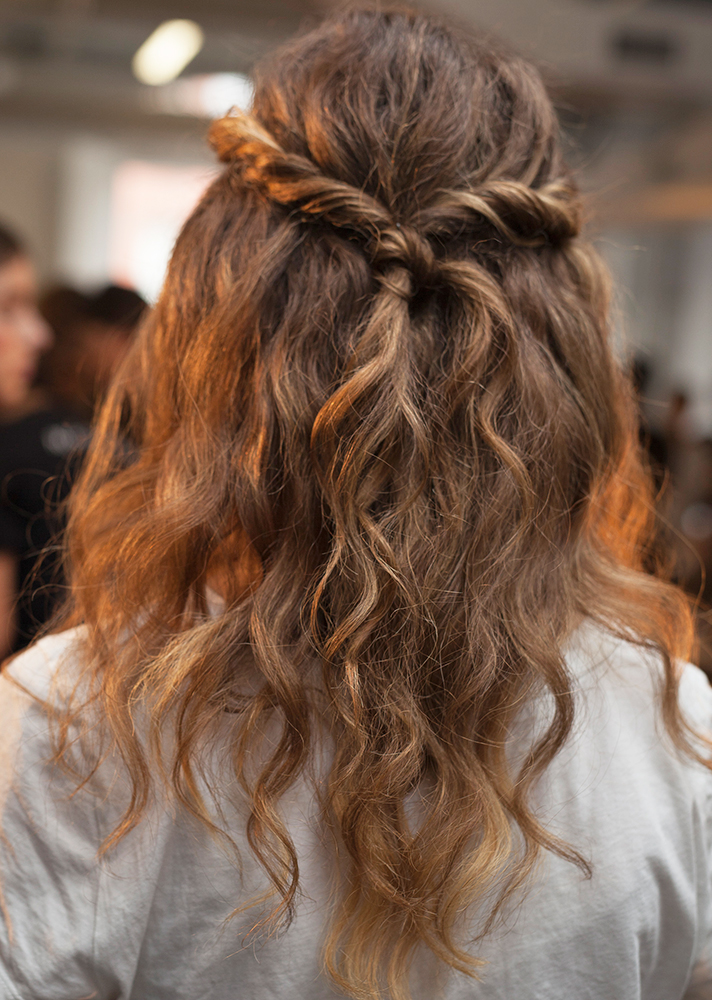 To get the look, Marjan (who is a Tresemmé ambassador, so obviously every single hair product used backstage was from Tresemmé) liberally misted Tresemmé Extra Firm Hold Hairspray throughout each of the model’s hair to create a textured base. Then, with a thin flat iron, she twisted and curled two-inch sections of hair around the hairline away from the face for soft, pulled-out waves, before wrapping random sections of hair in the back around a medium-size curling iron for tighter, more-defined waves.

After blasting the roots and crown with Tresemmé Fresh Start Basic Dry Shampoo for texture, Marjan created a messy middle part with her fingers and twisted two-inch sections of hair on each side of the part, knotting them together in back. She secured the knot in place with bobby pins (if you hair is super slippery, slide a few knots through the twists, as well, to keep them from unraveling during the day), then tugged gently on the hair at the crown to get subtle volume. The result? Uh, something that we’re completely in love with and plan to do on ourselves every single day until we die. More or less. 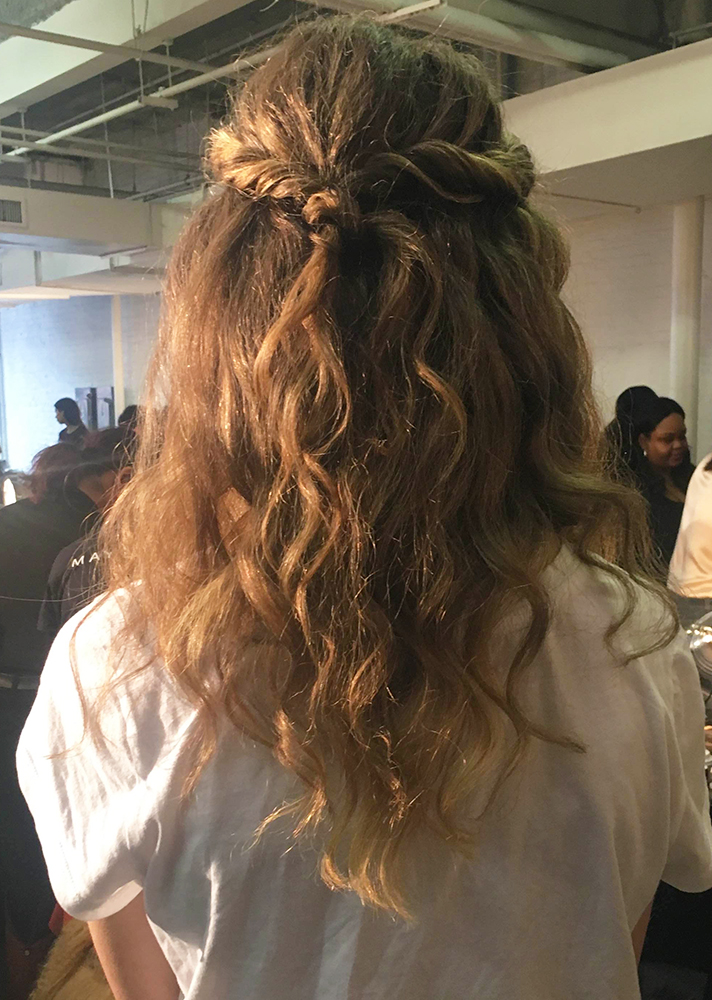 MORE: Britney Spears Is on a Manic Twitter Video-Posting Binge