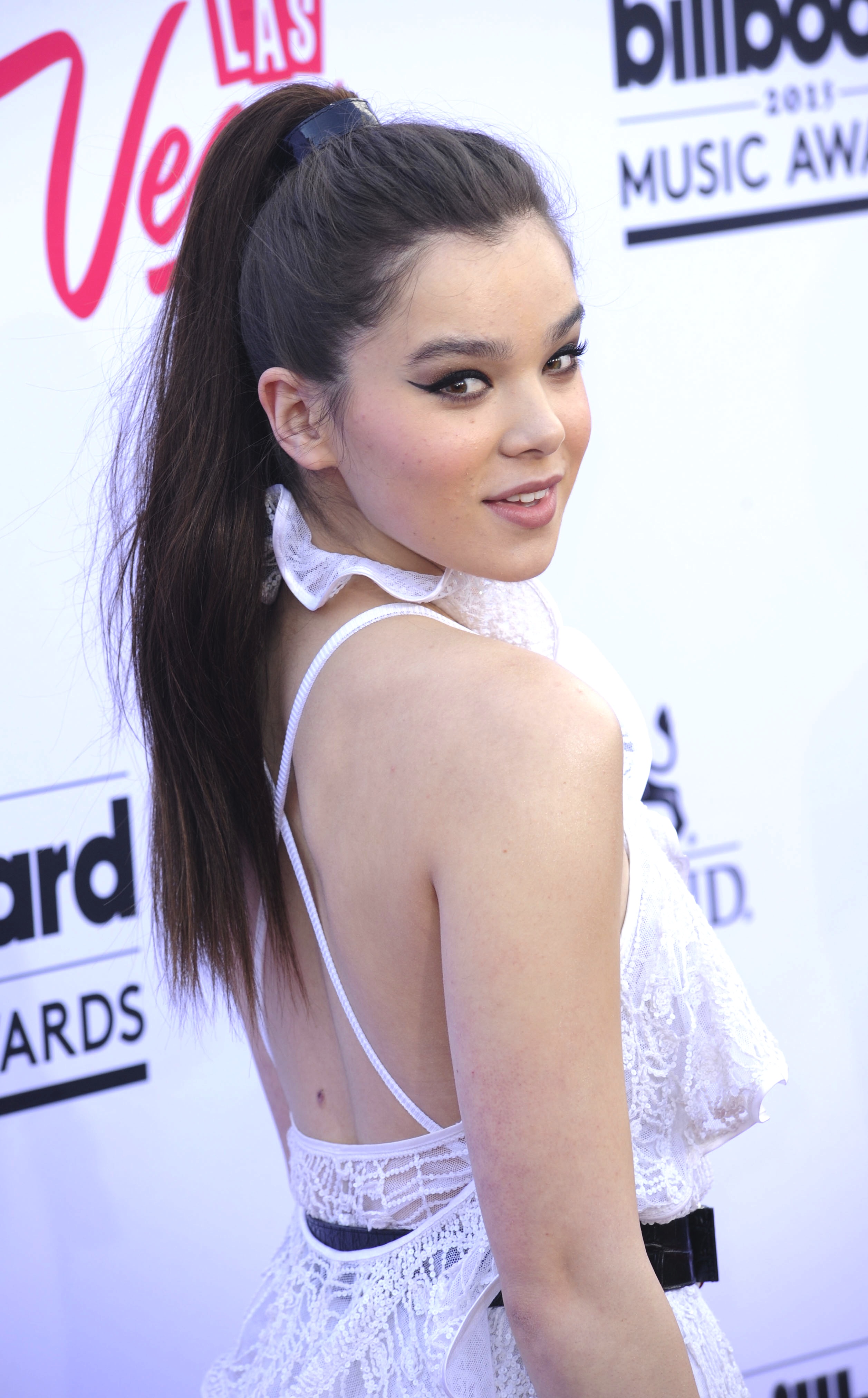 Since arriving on the scene in 2010 with her critically-acclaimed role in “True Grit,” Hailee Steinfeld has been a force, scoring an Oscar nomination and a Miu Miu campaign at just 14 years old. Since then, we’ve seen her star in the 2013 adaptation of Shakespeare’s “Romeo and Juliet,” join the cast of one of the most anticipated sequels in recent memory (“Pitch Perfect 2,” obviously) and bag a spot in pal Taylor Swift’s “Bad Blood” video (and a spot in the pop star’s ridiculously cool girl squad.)

Steinfeld also stars in the just-released action-comedy indie “Barely Lethal” alongside Jessica Alba and Samuel L. Jackson, in which she plays a special-agent operative seeking a normal teenage life, who fakes her own death and enrolls in high school. If that’s not enough, Hailee also snagged a recording contract with Republic Records this year. Oh, did we mention she’s only 18 years old?

We caught up with the actress while she was promoting ‘Lethal” to talk being a teenager in Hollywood, red carpets, and what we’d catch her belting out in the car.

What was it like to join the cast of “Pitch Perfect 2?”
It was awesome! I was such a huge fan of the first movie, so to be part of the second one was amazing. I already felt like I was a part of it, which I wasn’t—a rude awakening. It was a really good time, and [director] Elizabeth Banks was amazing. She’s so energetic and passionate. She brought that first one to life and this has been her baby forever and for her to deliver, I think she did a great job.

Who would we catch you singing along to in the car?
[From] Boys II Men to the Eagles, to Taylor [Swift] to Ed [Sheeran] to Tone loc to Nick Jonas

MORE: Lauren Conrad Takes us Inside Her Chic L.A. Office

For your other new movie, “Barely Lethal,” did you relate to the character and the idea of wanting a normal adolescence?
You really kind of wonder what a “normal” adolescence is, because everyone lives a different life. Everyone’s from a different part of the world and your normal might not be my normal. But this is my normal. This is what I’ve grown up in and I’m fortunate enough to be good at what I love. And I’m given the opportunity to do things that other people don’t. I have friends who are like, ‘you’re not missing a thing.’ And then I have friends who are like “I can’t wait for prom.” And I’m like, “I’m missing everything.”

You have to kick Jessica Alba’s butt in the movie. How was the physical training?
I was really overexcited to get started and my first day I was going all out—and it was an eight-hour session. I remember getting there, feeling hyped, leaving there feeling hyped, getting up the next morning and not feeling so great. I can’t move my body! I’ll show you pictures of the injuries I got from the Jessica fight—literally the bruises on my legs, the scratches on my arm, awful. Still have scars somewhere.

New movies means lots of red carpets. Is that fun, or would you rather be doing something else?
It’s fun. Luckily I’m able to go to things I feel passionate about, whether it’s my own movie premiere or a movie we’d love to see or know somebody in, or a charity event or whatever it is. I think the ideal thing to wear is based off what you’re going to. But I think the red carpet’s always fun because the job is done and people can go and watch and enjoy your movie.