The countdown to the biggest wedding of 2019 has begun! Justin and Hailey Bieber have picked a weekend for their public nuptials. Although the official date has not been confirmed, it will take place either February 28 or March 1 (Justin Bieber’s 25th birthday). And now, thanks to Hailey’s uncle, Billy, we know that Hailey Bieber’s bridesmaids will include Kendall Jenner and Gigi Hadid. Talk about a power-wedding party!

While speaking with Etalk, Billy Baldwin revealed that Hailey’s best friends and supermodels, Hadid and Jenner, will be a part of the wedding. “Who’s going to be tearing up the dance floor? It’s going to be Hailey and all of her Kardashian girlfriends. Gigi [Hadid] and Kendall [Jenner] and all the rest,” Billy shared.

How exciting! (We wonder if Hadid will get a plus one? If so, Zayn Malik might be at the wedding too! The on-and-off again couple seems to be on right now!)

We also know that Jenner and Travis Scott have already secured their save-the-date invites. After all, Justin Bieber teased his friend about wanting an invite to her vacation. Recently, Jenner instagrammed a beautiful shot of a glistening pool surrounded by palm trees with the ocean in the background captioned, “don’t ever want to leave.” (We wouldn’t either, Kylie! *immediately Googles travel deals to warm destinations.*)

Jenner replied, “lolll you love birds can come next time.” 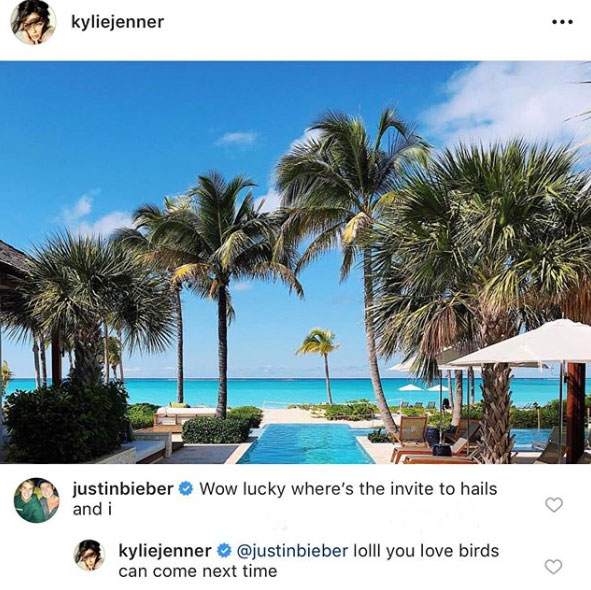 We would love to see you all on a friends-cation!

Love is definitely in the air and the Bieber’s wedding is sure to include many of the top young power couples of today! T-5 weeks until the big day.

The world will be watching. Because everyone knows the names Justin Bieber and Hailey Baldwin. Well … almost everyone.