Hailey Bieber has had it with Jelena shippers. Hailey Baldwin responded to Justin Bieber and Selena Gomez‘s relationship and fans who believe that the exes “belong” together. In a since-deleted Instagram, the 22-year-old model slammed fans who continue to ship her husband with his ex, calling the wishes “delusional fantasies.” You little internet kiddos need to learn how to move on for real. We’re adults that have better things to do than waste time explaining something just so you can stop your delusional fantasies,” she wrote. I’m not gonna sit here and let obsessive strangers try to tell me about my own husband, you wanna talk about somebodies [sic] husband then get ur own. G’night!!”

Soon after, Baldwin deleted the post and shared a second Instagram story where she talked about how no one has “life figured out.” “Just a reminder: none of us have this thing called life figured out,” she wrote. Baldwin followed this Instagram story with a quote from Amy Poehler, with the caption, “Amen.” The quote read, “Women are constantly criticized for being too emotional. Can we be allowed to be as messy, as all over the place as inconsistent and mediocre as men? Do we have to always be patient, special, nurturing, adaptable?” 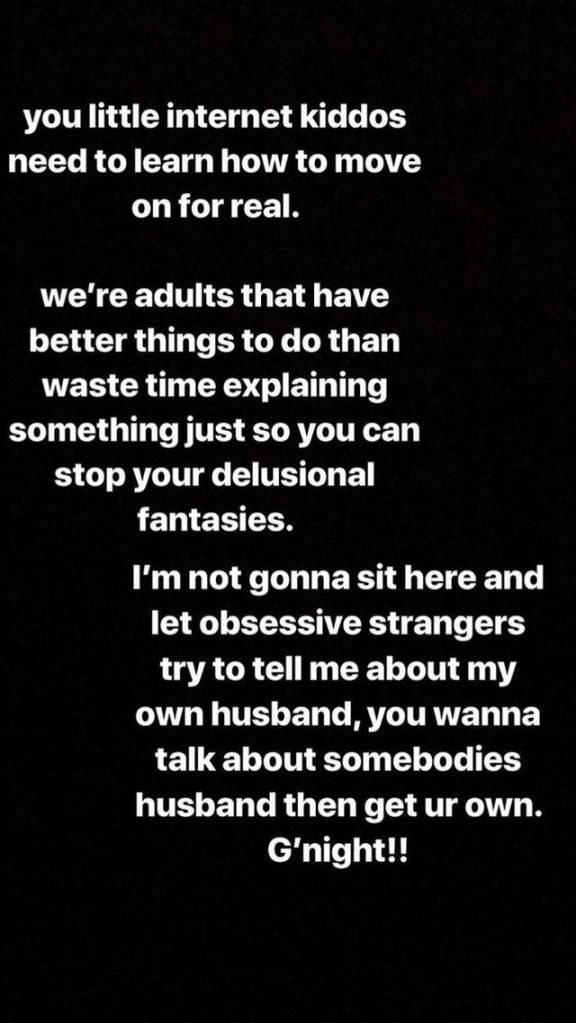 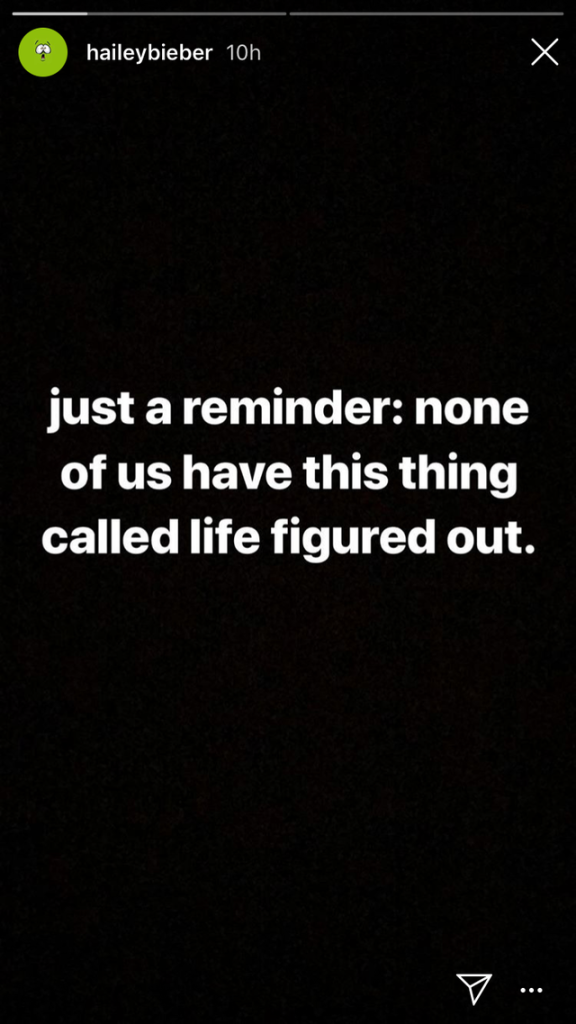 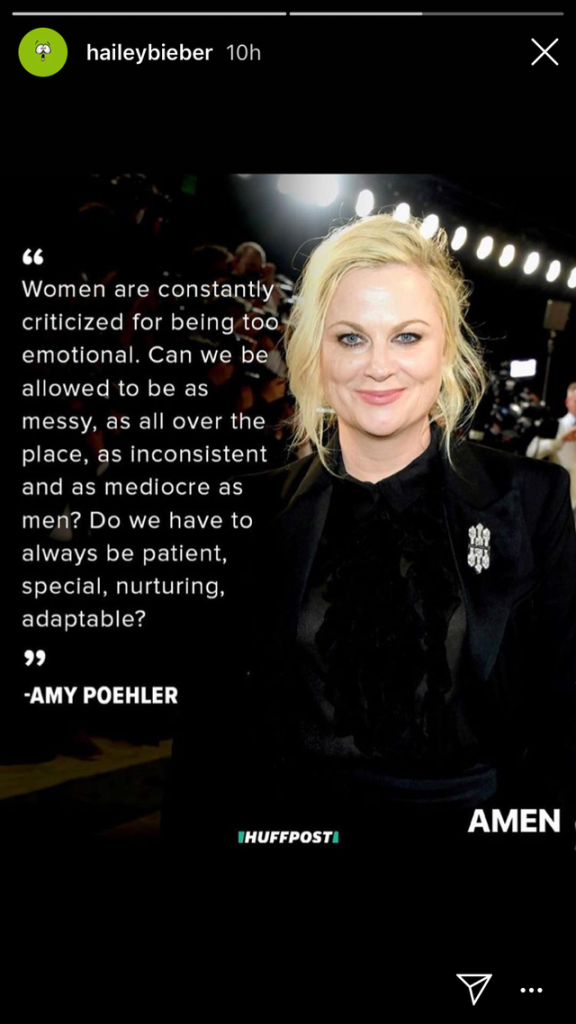 Baldwin’s Instagram story comes after Bieber responded to fans who accused him of googling Gomez after a video of her Coachella performance was seen in his search history. “It came up after my wife and I were [watching] my Coachella performance hers played right after mine because its in the related thing don’t glad she did Coachella too its great,” Bieber responded. “I have [nothing] to hide I don’t know it was there I didn’t think twice and still don’t [‘cause] have [nothing] to hide.” He continued, “Wow Justin learn to type I hate typing on this damn iPad what I meant to say is that video of Selena singing Taki Taki came up after my wife and I watched my Coachella performance. Obviously she’s gonna be in the related category, it [literally] was the next video that played.. to fans and people who think I’m maliciously trying to start shit grow up.”

Can we let the Biebers relax and enjoy their marriage?