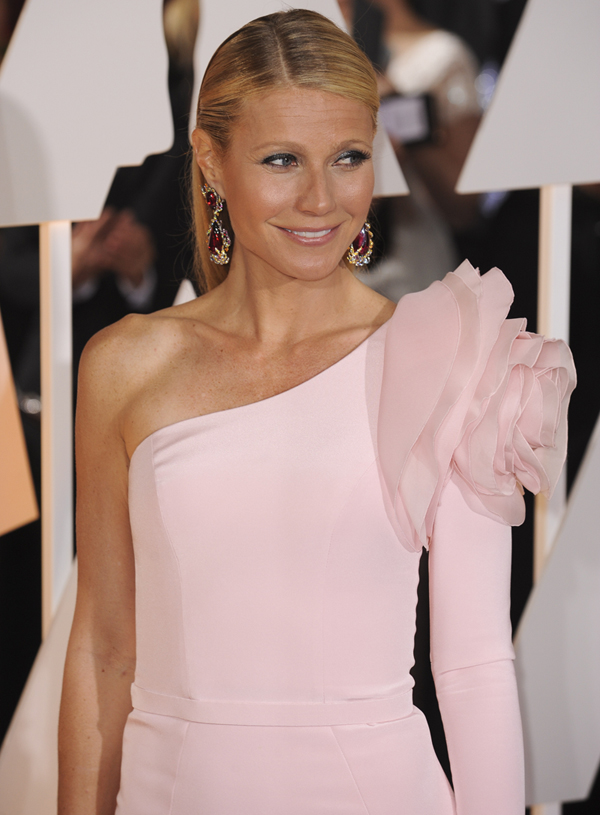 Gwyneth Paltrow has a knack for saying things that really (and we mean really) piss off women. Remember when she famously said raising a kid as a movie star is harder than raising a kid with a regular 9 to 5 job? Yeah, us too. However, the queen bee of everything Goop-y recently gave an interview to CNN Money that shows she might just be learning to censor herself and those famously pretentious quotes of hers.

When asked if she thought she could relate to the “common woman” Paltrow’s response was: “I am incredibly close to the common woman, in that I’m a woman, and a mother, and we are all in a physical body with beating hearts, with compassion, and love.”

Hard to argue with GP there: The thing she shares with other women is that, yes, she too is alive.

Currently, the best pot for boiling pasta in the Paltrow universe is apparently $285 and made of cast iron, in case you were wondering.

Also, don’t call Paltrow a lifestyle guru. “I see myself as an actor and a mother and as an entrepreneur,” she said. “I don’t see myself as a guru at all. I think I am building a lifestyle business. I am not a guru because I’m the one asking the questions, I’m not purporting to know anything. I’m just asking this doctor or that nutritionist or this expert, ‘Hey what is your take on this.'”

MORE: Here’s What Gwyneth Paltrow Drinks to Get Rid of ‘Brain Fog’

Weigh in below! Is Paltrow getting any less pretentious?