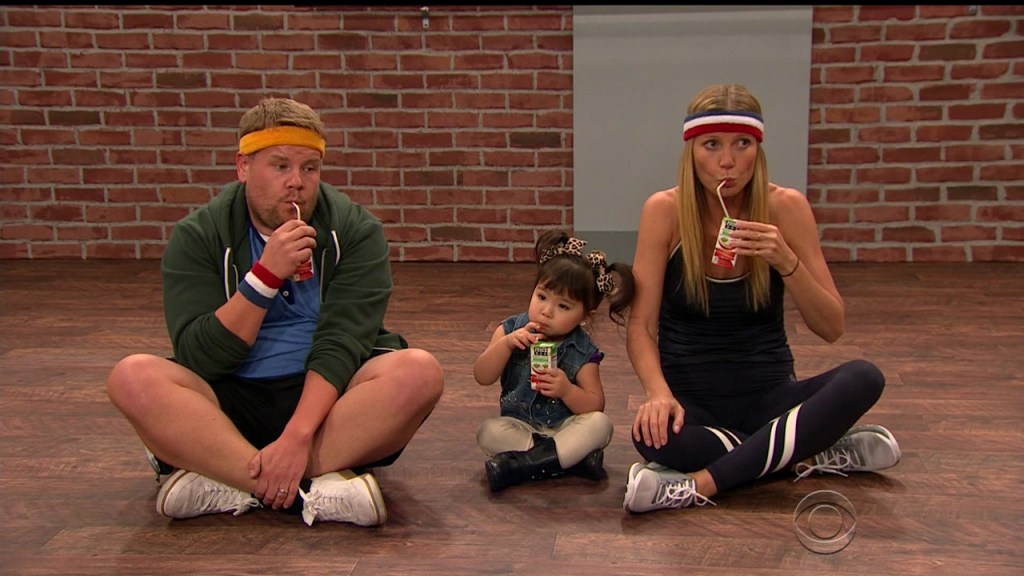 Gwyneth Paltrow‘s go-to trainer, Tracy Anderson, has nothing on toddlers. Doing her best impression of Richie from The Royal Tenenbaums (from the neck up, at least — hello, sweatband!), Paltrow crushed an exercise class taught by little tykes on the Late Late Show last night. Yes, you read that correctly: The actress hopped around, leapt, spun, ran into walls and tried her best to copy interpretive modern dance moves from her fitness instructors, who were all under the age of about 4, in a round of “Toddlerography.”

Never one to force his guests into anything without coming along for the ride, Late Late Show host James Cordon twirled right alongside Paltrow, wearing his own sweatband around his forehead (and an extra around one of his wrists). “That was intense,” he said when the tots finally stopped bouncing around. “I need to hydrate.” Cut to Paltrow, Cordon and an adorable pigtailed little girl sipping on apple juice boxes.

This adorable segment is a fairly new addition to the Cordon repertoire, which most famously includes his “Carpool Karaoke” segments with various celebs. In the first edition of “Toddlerography,” Jenna Dewan Tatum joined Cordon for a similarly exhausting “class,” which capped off with nap time.