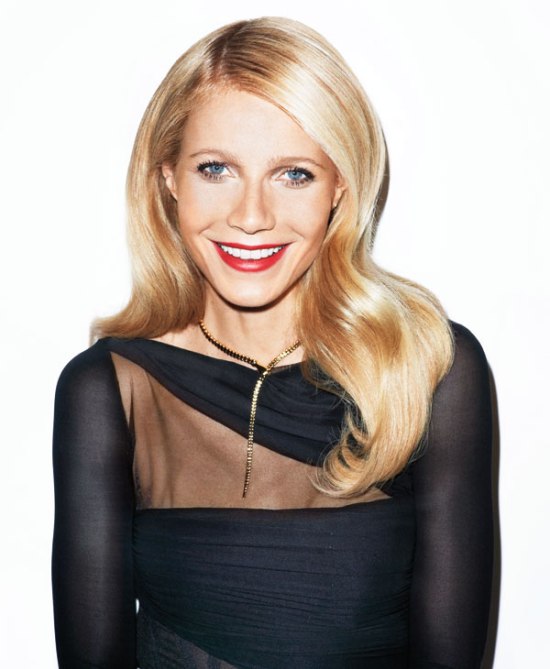 Can you believe today marks the 5th anniversary of Gwyneth Paltrow’s bourgeois lifestyle site-slash-newsletter Goop? Well, neither apparently can founder Gwynnie, who remarks in today’s birthday newsletter: “I look back and I don’t even really know why I started it. What the F was I thinking? I just thought, hey, why not? And now, here we are. A community. A business. A team.”

As you probably are aware, the lifestyle website and newsletter is filled with recipes, tips, general life advice, exclusive designer collaborations like an $845 Swarovski encrusted sweatshirt, and more, and Gwyneth remains committed to its growth.

The actress/lifestyle guru writes: “I love the connection that is made when someone stops me on the street to thank me for pointing them in the direction of the best fried chicken [wait, she eats fried chicken?!] they have ever had, or that this site somehow made a little difference in their lives.”

MORE: The 14 Most Pretentious Things Gwyneth Paltrow Has Ever Said

It’s been quite the week for Paltrow, whose racy film “Thanks For Sharing” came out last Friday, and she showed up to the premiere looking fabulous in a white Lanvin dress.

But, whether you prefer to love or mock the woman who famously said: “I’d rather smoke crack than eat cheese from a tin,” on a British talk show, we think you should still take a moment to celebrate, and for the occasion we’ve highlighted our 5 favorite Goop moments.

1. The time when”New Girl’s” Schmidt Guest Edited.
Max Greenfield has “the looks of the kind of guy you lusted after at your cousin’s Bar-Mitzvah” (Gwyneth’s words, not ours), so naturally the lifestyle guru tapped him to guest edit an issue, and it’s even more hilarious than his character Schmidt on the hit comedy “New Girl”.  Inside, Greenfield shares such interesting tidbits as his life’s mantra:  “stop thinking, surrender and goop”, as well as a list of his ten favorite things, which include Thom Browne Seersucker Trousers (nice!), and HBO’s “Girls”.

2. The time when Gwyneth revealed she has a dark side—and a frenemy.
We were shocked to hear the green juice guzzling, yoga-loving 40 year-old actress could ever think anything but positive thoughts, but in a 2009 issue of goop, she let us in on a secret that humanized her (well, sort of).

“Back in the day, I had a “frenemy” who, as it turned out, was pretty hell-bent on taking me down. This person really did what they could to hurt me. I restrained myself from fighting back. I tried to take the high road. But one day I heard that something unfortunate and humiliating had happened to this person. And my reaction was deep relief and…happiness. There went the high road.”

Of course, Gwyneth did eventually find her way to the high road and redeem her godesss-like status after seeking guidance from a slew of professionals.  As for who this frenemy might be? Many put money on Winona Ryder.

MORE: Gwyneth Paltrow Poses Without Makeup In Sexy Bikini At 40

3. The time when Gwyneth discussed the infamous Tom Ford dress and cape and gave us a glimpse into her Oscar preparation routine.
The white Tom Ford dress and cape worn by GP to the 2012 Academy Awards was quite simply stunning, so you can imagine how grateful we were when her stylist, Elizabeth Saltzman spilled all, and we mean all the details that went into selecting the gown. Did you know there were Skype calls involved?!

Paltrow also made us privy to what she did the day of the show, which (duh) included a workout with Stacey McDermott from the Tracy Anderson Method and trying out Tracy Anderson’s new mini Trampoline workout. Then she showered (sweet!) and got her roots done with Tracy Cunningham because “she’s got my particular color down to a precise science.” Then, she hung out with her two kids (cute!) and had her traditional pre-show turkey burger and fries before hair and makeup. She really is just like us!

Then she dropped a bombshell on us: before her hairstylist created the sleek low ponytail GP wore to the Oscar’s, she pulled her hair back into—gasp—a bun. Can you imagine how terrible the Tom Ford dress would’ve looked with a bun? The horror.

4.  The time when Gwyneth helped us keep kosher.
Paltrow’s late father was Jewish, and the star often refers to her roots, including in 2010, when she kindly helped her Jewish readers keep Kosher during Passover by suggesting a cookbook and two “gorgeous” kosher wines from the Napa Valley. Thoughtful indeed.

5. The time Gwyneth designed an $845 sweatshirt
First, there was Cynthia Rowley, then Stella McCartney, who created a capsule collection specifically for Goop that was filled with Gwynnie-inspired “investment pieces” such as black blazers and basic wool trousers, which started at $795. And just last week, Paltrow teamed up with another British designer, Matthew Williamson, on a dark green sweatshirt (exclusive to Goop) that’s blinged out with a bunch of Swarovski crystals. Oh, and it costs $845! We love when GP designs for the masses —it makes us feel so much closer to her!

Regardless, congrats to Gwyneth on 5 years of Goop-dom, and here’s to 5 more!

MORE: Gwyneth Paltrow: Wine And Cigarettes Are ‘Just The Right Amount Of Naughty’