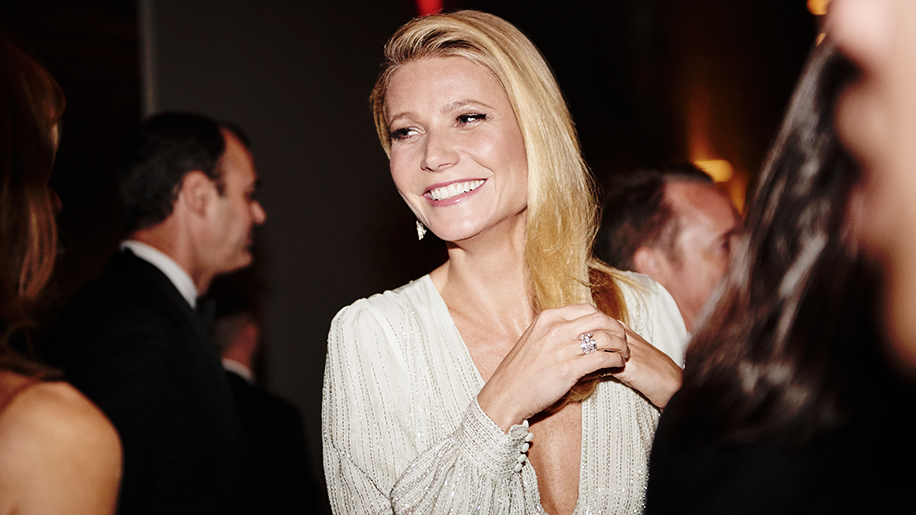 The One Hit Wonders actress discussed her infamous “Conscious Uncoupling” divorce announcement during the Business of Goop event in New York City on November 10, commenting on the time “when I was announcing my husband and I were separating, and we were trying to follow this specific way of doing it, and the philosophy is conscious uncoupling, and we, like, broke the fucking Internet. It’s such a hard time personally, and then you have this added layer of all this criticism.”

You probably remember the article from back in March 2014, in which Gwyneth and then-husband Chris Martin made the decision to split, saying, “we have been working hard for well over a year, some of it together, some of it separated, to see what might have been possible between us, and we have come to the conclusion that while we love each other very much, we will remain separate … We have always conducted our relationship privately, and we hope that as we consciously uncouple and coparent, we will be able to continue in the same manner.”

The oh-so-Goopy tone of the announcement sparked ridicule around the world, with critics quipping that Gwyneth even found a way to make her divorce superior to everyone else’s.

The 43-year-old actress went on to address the backlash at the Goop Q&A event with Katie Couric and Lisa Gersh, saying, “Then when you look back, you go, ‘Well, this is actually kind of a good thing to talk [about],’ … Like, what if you could break up in a way where you remain a family even though you’re not a couple? And what would be that effect on your children and your community? Even though we did it in an inelegant way—because it was such an emotional time, and we didn’t give it as much context and didn’t explain [conscious uncoupling] wasn’t something that I was inventing; it was already an established theory.”

We’re almost bummed that she owned up to it being a misstep—maybe Gwyneth is just a human after all.