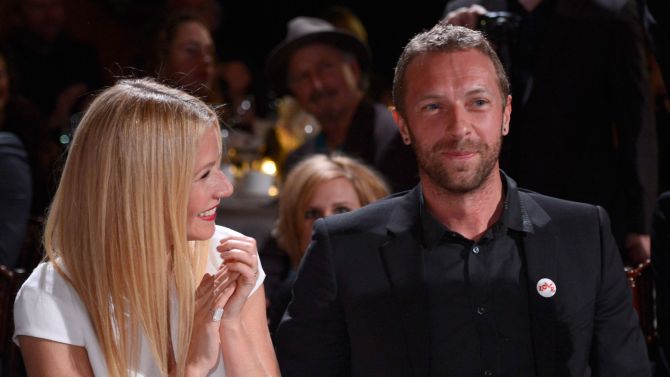 In absolutely jaw-dropping news, Gwyneth Paltrow announced today that she and Coldplay frontman Chris Martin are splitting up after more than 10 years of marriage.

In true Gwyneth form, the actress took to her lifestyle blog, GOOP, to announce the breakup in a post entitled “Conscious Uncoupling.”  (Note: As of this posting, the site is down, likely due to a traffic surge, but Jezebel was quick enough to snag the text from the official announcement.)

It is with hearts full of sadness that we have decided to separate. We have been working hard for well over a year, some of it together, some of it separated, to see what might have been possible between us, and we have come to the conclusion that while we love each other very much we will remain separate. We are, however, and always will be a family, and in many ways we are closer than we have ever been. We are parents first and foremost, to two incredibly wonderful children and we ask for their and our space and privacy to be respected at this difficult time. We have always conducted our relationship privately, and we hope that as we consciously uncouple and coparent, we will be able to continue in the same manner.

The post also includes an explanation of the post’s rather cerebral title by Dr. Habib Sadeghi and Dr. Sherry Sami, who ask questions like “What if divorce itself isn’t the problem?” According to Hadeghi and Sami, “By choosing to handle your uncoupling in a conscious way, regardless of what’s happening with your spouse, you’ll see that although it looks like everything is coming apart; it’s actually all coming back together.”

While Gwyneth’s post doesn’t explicitly say “divorce,” it’s pretty clear the couple is headed down that path. We have to say we spotted trouble in paradise back in January when the two looked a little icy at the Golden Globes, but hey, not all couples are as affectionate as, say, Aaron Paul and his wife, right? However you slice it, the news is bound to surprise their many fans who thought they’d last forever.

MORE: The 20 Most Ridiculous Things Gwyneth Paltrow Has Ever Said