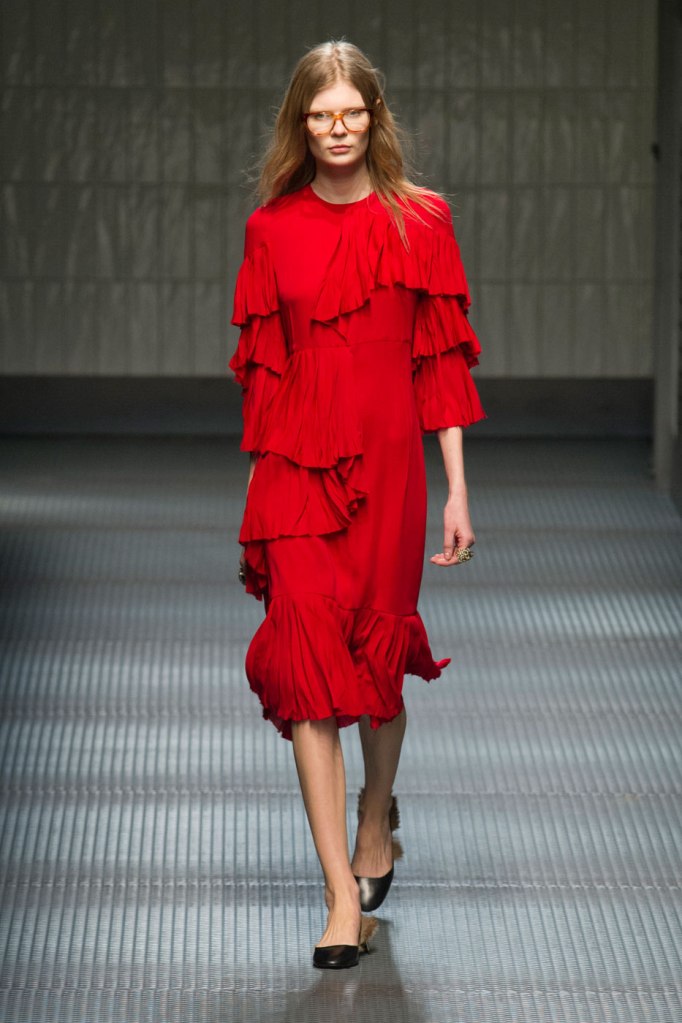 Big surprise: A fashion-minded editor is about to gush over “the new Gucci.” Again. But since designer Alessandro Michele took the reigns at the Italian fashion house, each collection articulates his quirky, youthful, witty vision to a T and provides a much-needed shot in the arm for the luxury label, whose $4 billion sales were more or less stagnant before his arrival. While its status as a respected brand never wavered, Gucci’s coolness was virtually nonexistent in a Wang-, Proenza-, and Céline-filled space.

Yet the fact remains that it is still Gucci. Meaning: It’s still a luxury of the highest order. And while shelling out $3,000 for one of the label’s drop-dead new Dionysus bags might be palatable for many women—you can use it every day, after all—paying way more than that for a dress you’re not walking down the aisle in likely isn’t in the cards. This, friends, is where fast fashion often comes to the rescue. 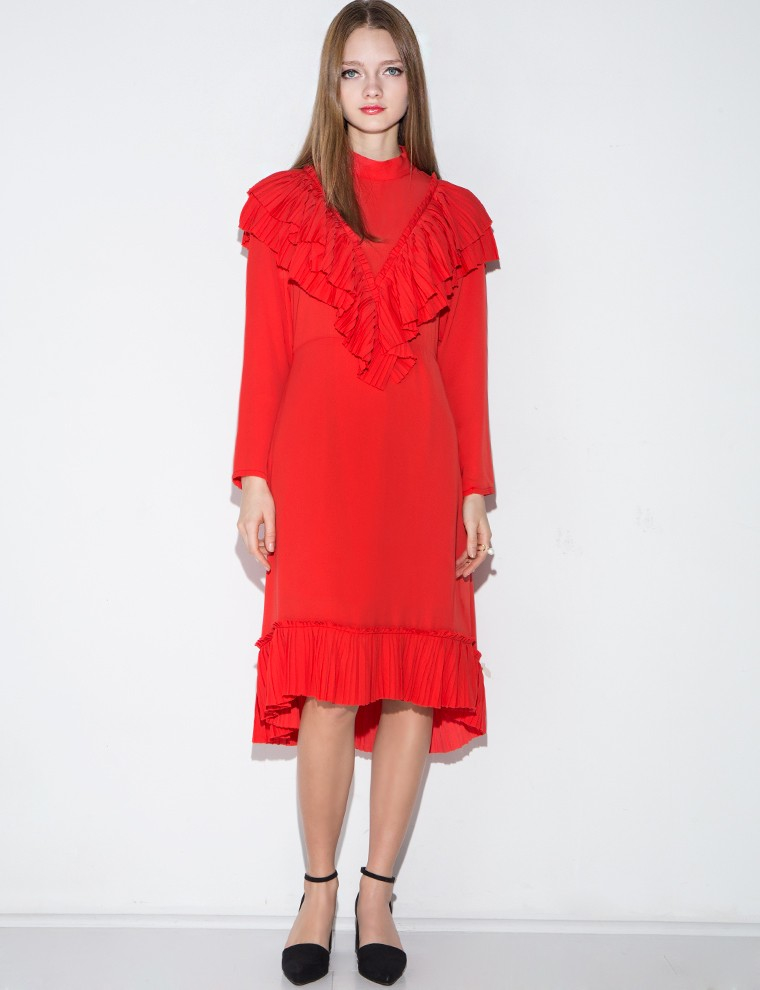 I know, I know: Designer knock-offs don’t always deserve to be endorsed, but I take solace in the fact that Balmain’s creative director, Olivier Rousteing, admitted he downright loves when retailers like Zara copy him, as it’s the mark of good work and a creative mind. Second, I really, really adore Gucci’s $4,087 red ruffled dress from its Fall 2015 runway.

Which is how I became the proud owner of a $139 number from Pixie Market that’s clearly “inspired” by the Gucci dress of my dreams, just with some minor detail differences. And—full disclosure—I wore it out the other night with my own aviator-style eyeglasses (yes, they’re prescription) and a pair of black ankle-strap platforms and totally felt like I was honoring the label rather than playing copycat. You might disagree, but if not, hurry up and grab the dress now—it’s selling out as fast as the real thing.