I arrived at Georgia Southern University in 2005 weighing 105 pounds, in size 00 low-rise jeans (the horror) and a size DD bra. It wasn’t until around sophomore year of college that I finally started to gain weight, and I was thrilled at the idea of my bottom half finally catching up to my top half. Grown woman weight, as I would soon come to know it, was seen as a beautiful thing, and as a Black girl from Atlanta, I saw full hips, thick thighs and big butts as a source of pride long before J. Lo and Kim Kardashian made them acceptable assets to the mainstream.

With this in mind, I was excited at the prospect of developing curves—that is, until I allowed other people to make me feel self-conscious. It didn’t take long for me to transform into one of those people who was obsessed with her weight.

One holiday weekend, while working at my very part-time job at Lady Foot Locker, I was venting to a coworker about worries that my weight was starting to get out of control, my former feelings of pride now a deep insecurity. A moment later, someone who had overheard my worries interjected to reassure me: “You’re just putting on your grown woman weight. That’s all that is,” she insisted. I found great comfort in that phrase, and I still do today. It symbolized progress, and meant that my body was shifting from that of a young girl to a woman. It made me realize the changes I was going through were natural, and not anything to be ashamed of.

Fast-forward to 2020, and I was recently reminded of this experience when I came across a Twitter thread started by influencer Tayler Rayne, asking her followers to share their own grown woman weight photos. I scrolled through the thread of beautiful, confident, curvy women celebrating weight gain as an achievement, and the photos gave me a true sense of empowerment. I think back and wish my younger self had been able to see such positive examples of women embracing their changing bodies.

Unfortunately, I hadn’t been quite so lucky back then, and the shame of gaining weight really took its toll on me. Unbeknownst to me at the time, I suffered tremendously from depression throughout my college years. I’d always been someone who felt things very deeply and experienced occasional bouts of sadness, but being away from home, ill-equipped for the social pressures of the school, my issues were taken to new heights. I started partying hard, and eating just as hard to soothe my sadness.

I I found myself desperate for the approval of others, and I entered into a relationship during my senior year. The guy had admired me for years, and when my body started to look different than that of the girl he’d lusted over from afar, he wasn’t shy about letting me know it. His comments didn’t motivate me to eat less; instead, they left me paralyzed as my confidence sunk even lower. I felt ashamed of how my body was changing, and I coped with my shame by eating, which only perpetuated the unbreakable cycle. 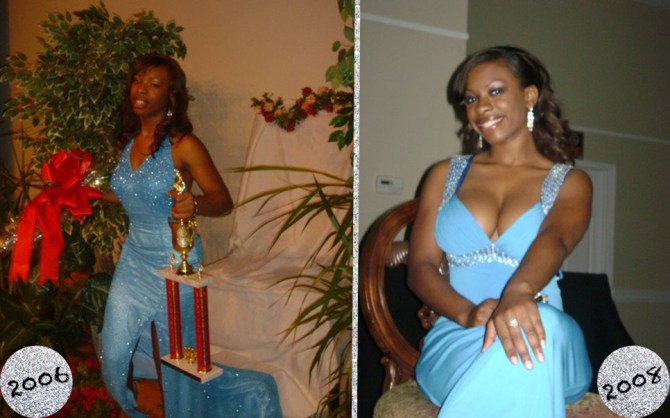 My coping mechanisms of eating and drinking—plus my penchant for toxic relationships—were all things I took with me well after graduation. As my negative behavior continued, so did my weight gain. A few months before my 25th birthday in 2012, I began a meal replacement program (recommended by a doctor) and barely had to work out before dropping down to my goal weight of 130lbs. Everyone was so proud of me, and the external validation gave me enough momentary confidence to apply to the Fashion Institute of Technology in New York.

I got accepted and made the big move, but found quickly that a temporary fix for my overall issues wouldn’t be enough. I still didn’t have the proper coping mechanisms to deal with the daily highs and lows that came with just being a human being, especially one in a new, unfamiliar place. I often felt victimized, like the world was picking on me specifically. So I slowly abandoned my strict diet, and the weight came back on with a vengeance. 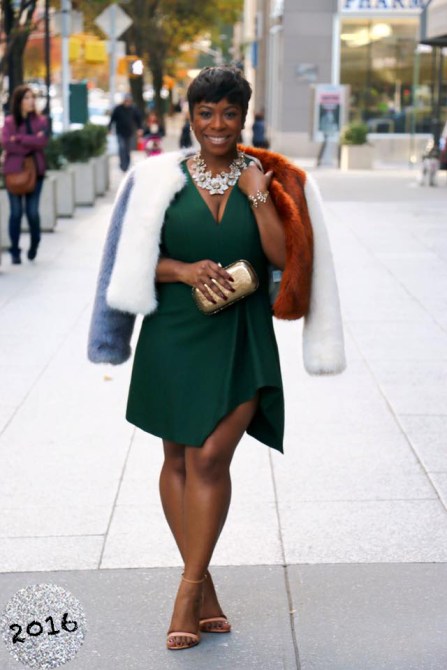 It took about four years of struggling in New York before I finally got a job that allowed me to afford therapy. I started to identify and unlearn my unproductive thinking patterns and depressive triggers, and to relearn healthier coping mechanisms like journaling and meditation. Still, even with all this progress, I found myself wishing that I could get my trim, freshman-year-of-college body back.

This, it turned out, was an unrealistic expectation. As we age, our metabolisms slow down and our bodies change. We can never really fully go back, but we can walk forward into a new normal, one that’s in alignment with a healthier overall version of ourselves. Once I started embracing my grown woman weight, accepting this became easier, even exciting.

Therapy changed my entire perspective, allowing me to focus on how I felt as a whole as opposed to overthinking my external appearance. We tend to associate health and happiness with fit, beautiful bodies, sometimes without intending to at all. Even though I know they meant well, the friends and family who had celebrated my previous weight loss had no idea that the my accomplishment was really a facade, one that hid a very sad and broken spirit. Weight loss isn’t always a victorious accomplishment. Often, a person is still suffering emotionally on the inside. 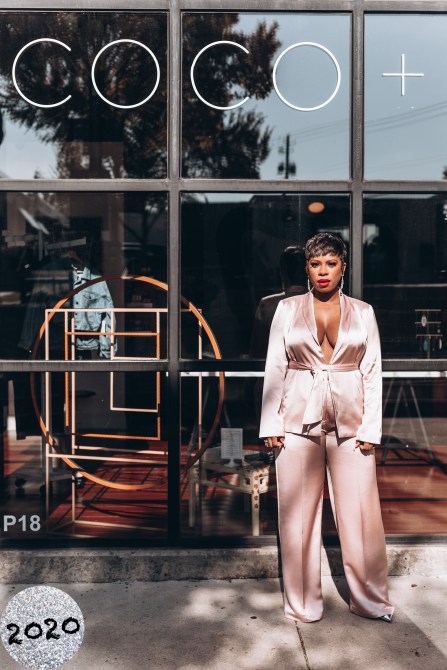 My journey to a healthier body could only truly be actualized by first treating myself with the compassion, kindness, and acceptance I deserved. That said, one thing I simply couldn’t come to peace with was my bra size—an H at my largest. I started to develop major back and shoulder problems because according to my doctor, my breasts were literally too big for my body. I’m only 5’2 for crying out loud! I made the decision to get a breast reduction and it was life-changing. I felt like I could see more of myself, and once I didn’t have to wear three sports bras to do a single jumping jack, working out became far less of a hassle.

Earlier this year, I started documenting my wellness journey and sharing it online. I knew many other women were struggling with feelings of inadequacy associated with weight gain and loss, and I felt compelled to share how focusing on fixing my mental health and outlook, not my appearance, was what helped me through dark times.

Seeing that “grown woman weight” Twitter thread reminded me that, always, my priority is to be well, not thin. Since 2005, I’ve gained about 70 pounds. To some people, that’s not much at all, and to others it’s a significant number. That said, what matters is how I feel about it, and to be honest, I’ve have never felt better about myself in my life. I was proud to contribute my own Before and After images to Tayler Rayne’s thread. My grown woman weight is a sign of survival, a physical representation of my growth and overcoming past hardships. I carry my weight like a badge of honor, not a source of shame, and I’m never looking back.