It’s an inevitable moment in long-term relationships: You’ve been seeing each other for awhile, you’ve passed the no-appetite nervous butterflies stage, and you’ve started to let down your guard as you allow this person to get to know the real, whole you. That’s great, because who can sustain the whole “I don’t poop and I just woke up fresh-faced and flaw-free” façade of early dating? The problem isn’t that it’s inauthentic—it’s just a damn lot of effort.

Getting to the point where you and your partner can be less-than-sexy in front of each other is necessary and healthy if you’re going to be together for the long haul. On the other hand, keeping the spark alive takes work, and every time someone picks their nose or passes gas in front of the other person, there’s a small risk of eroding the mystery that can keep romance alive. Of course you won’t and shouldn’t pretend you don’t do these things, but how do you know where to draw the line between “appropriately comfortable” and “please don’t do that in front of me ever again”? (If you want a horror story, listen to the woman who called relationship expert Dan Savage and asked what to do about her boyfriend picking his eye boogers.)

To get some perspective, I asked psychiatrist and relationship therapist Dion Metzger, MD, for her advice. Here’s what she told me. 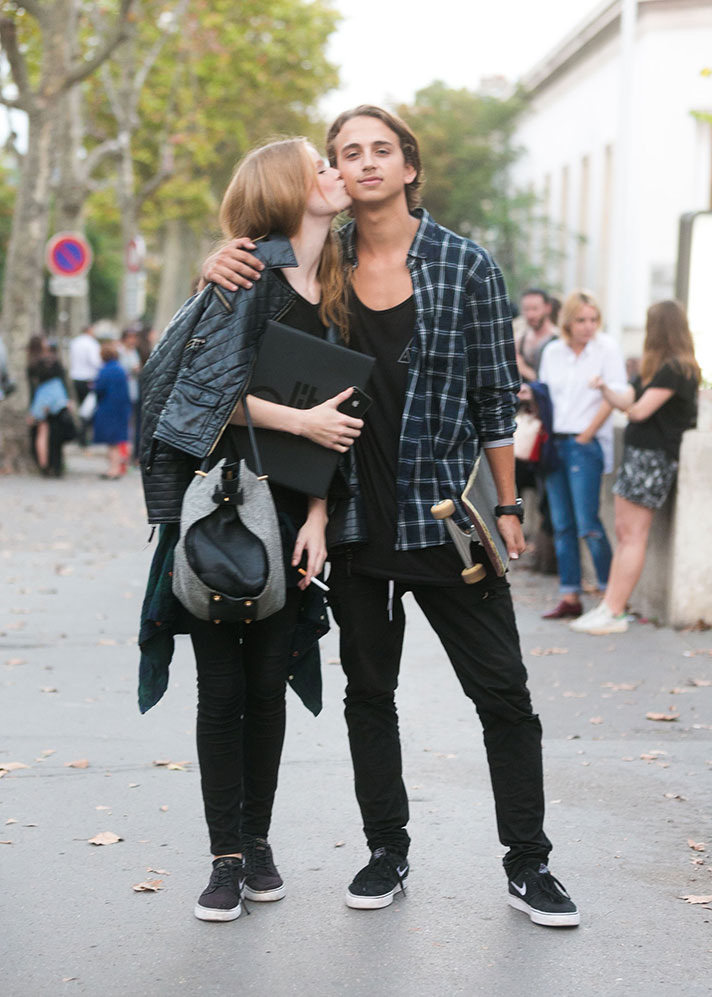 If You’ve Had Sex, it’s Time to Let Go a Little.

Metzger says that once you’ve slept together, she thinks letting down your guard is OK and healthy. “My rule is if you’re comfortable enough to be having sex, then you can pretty much comfortable enough for anything else,” she says. “This person has seen you naked—how much more can be revealed really? This can mean from your partner watching you floss, not feeling embarrassed if your partner sees the tampons exploding in your bathroom drawer, or just watching you wash your pits while you shower.”

Look, if you’re not thrilled that your partner is fine with belching in front of you or not showering for days at a time, I don’t blame you. I’ve been there—as the victim and perpetrator of such DGAF relationship behavior. It just isn’t hot! But, says Metzger, there’s a silver lining: “I’ve noticed that it helps strengthen relationships,” she says. “Couples who feel more relaxed to be themselves do better. They get to learn more about the real person rather than the seemingly perfect, polished image that most try to portray in the first several dates.” So at least let it warm your heart to know that in a weird way, this is actually a sign of progress and love.

Go With the Flow—Until You Can’t.

If there’s a particular gross habit that your partner has that gives you above-average heebie jeebies (see the aforementioned eye boogers), you can totally say something. “It’s pretty subjective what’s considered over-the-top behavior that’s crossing a boundary, but it’s OK to bring it up—just not in a mean way,” says Metzger. “For instance, you could calmly say, ‘Babe, could you close the door when you’re using the bathroom?'” That shouldn’t be too hard. As for the smaller, everyday things that might make you roll your eyes but not gag, it’s probably best to let them go, says Metzger. “Don’t stress it too much,” she says. “Most people overthink this and end up feeling more anxious during their time together rather than enjoying it. Whenever you can, don’t make this the focus of your relationship, and try to go with the flow.”