Since the premiere of season 17, fans have been wondering what the Grey’s Anatomy masks with the microphones are and if they’re real face shields that keep the cast safe from viruses.

As fans know, Grey’s Anatomy season 17, which premiered in November 2020, is noticeably different than previous seasons. The season is set amid the current health crisis, as the doctors of Grey Sloan Memorial Hospital try to keep themselves and their patients safe from you-know-what. So far, two doctors have come down the virus—Meredith Grey and Tom Koracik—but it’s expected that the health crisis will play out for the rest of the season.

Given the current time that Grey’s Anatomy season set in, the characters (and the actors) are decked out in head-to-toe personal protective equipment. This includes gloves, a surgical gown and a helmet-like face shield with a microphone that’s connected to some sort of respiratory machine. But what is the Grey’s Anatomy mask and can people who don’t work in the medical field buy one? Read on for what we know.

What are the Grey’s Anatomy masks?

In an interview with The Hollywood Reporter in December 2020, Zoanne Clack, a doctor, writer and an executive producer on Grey’s Anatomy since its premiere in 2005, revealed that those helmet-like masks are real and called Powered Air Purifying Respirators (or PAPR for short.) “Those helmet-like masks are real and are called PAPR—but of course we wanted to see their faces as much as possible! “PAPR” stands for Powered Air Purifying Respirator,” she said. “In the real world, they are used when individuals have the potential to be exposed to airborne pathogens and are convenient because they don’t have to be ‘fit-tested’ like an N95 mask does.”

Clack explained that the masks not only kept the cast safe while filming, but also allowed viewers see to the actors’ faces and expressions. “I thought they did get fogged up sometimes early on but I asked someone in production and he said it was never a problem—probably because they do allow airflow in and out of them,” she said. “But we had to do a lot of figuring out about how to light them properly to prevent glare and we ended up with some kind of anti-glare material that was fitted into them.”

Fans will also notice that the PAPR masks on Grey’s Anatomy have microphones that come out from the side and hover in front of the character’s mouth. It’s unclear whether those PAPR masks came with microphones or if they were built into the costumers to record the actors’ voices better while their heads are in the helmets. As for if non-doctors can buy their own PAPR mask, there seem to be several Available on Amazon. But they’re not cheap. Many of the PAPR masks retail for upwards of $800. 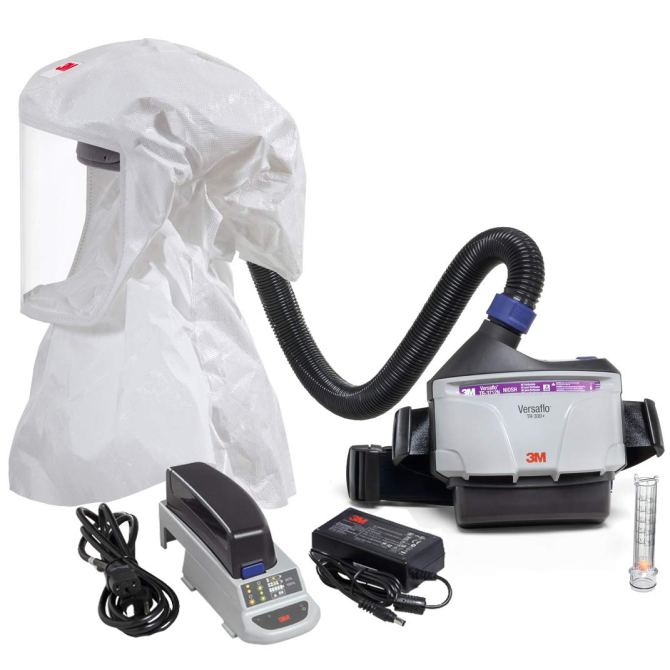 It’s also best to leave the essential PPE equipment for frontline workers. Still, there are tons of over Grey’s Anatomy-themed face masks available on the internet. From a mask with one of McDreamy’s iconic lines to a mask branded with Grey-Sloan Memorial Hospital, here are the cutest Grey’s Anatomy masks fans will want to own.

“It’s a Beautiful Day to Save Lives” Face Mask 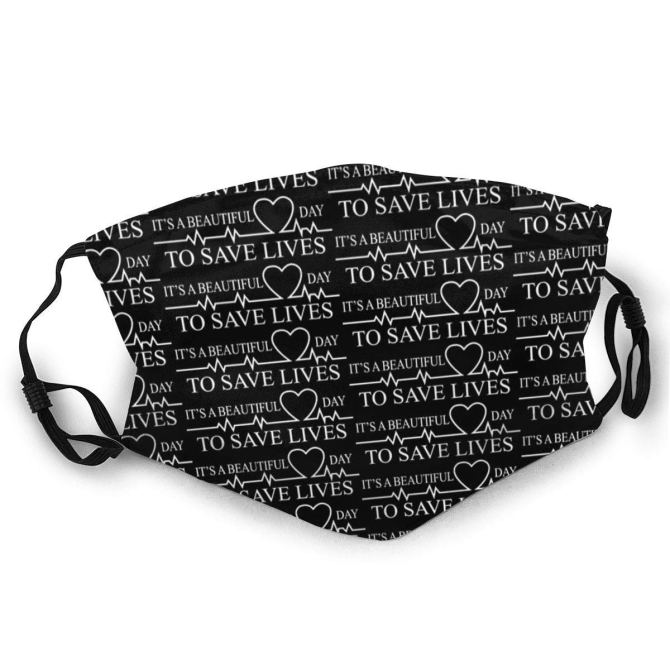 Stay safe with this black-and-white face mask decorated with Derek Shepherd‘s iconic catchphrase from Grey’s Anatomy: “It’s a beautiful day to save lives.” 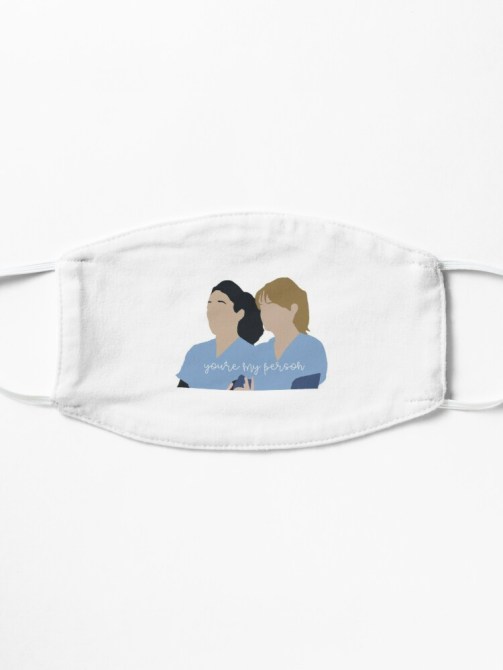 This illustrated face masks features drawings of Cristina Yang and Meredith Grey as they utter their iconic line to each other: “You’re my person.” 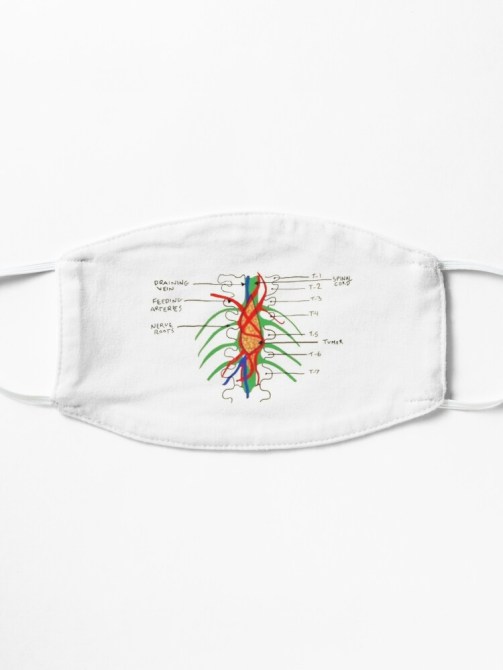 This mask features Derek’s famous drawing of a spine on Grey’s Anatomy, including where certain veins and arteries are and where his patient’s tumor was. 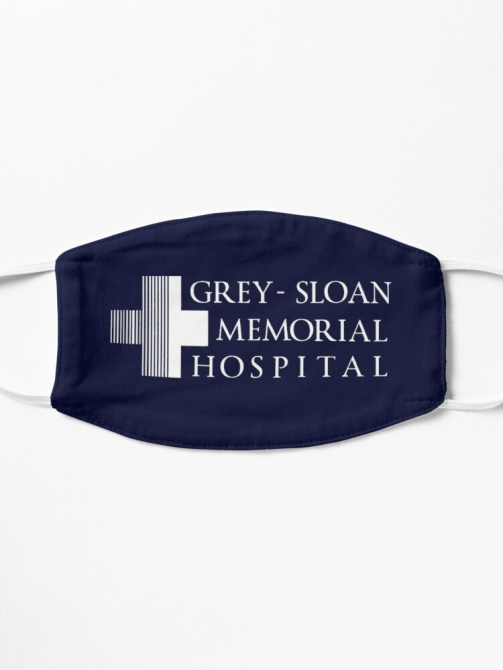 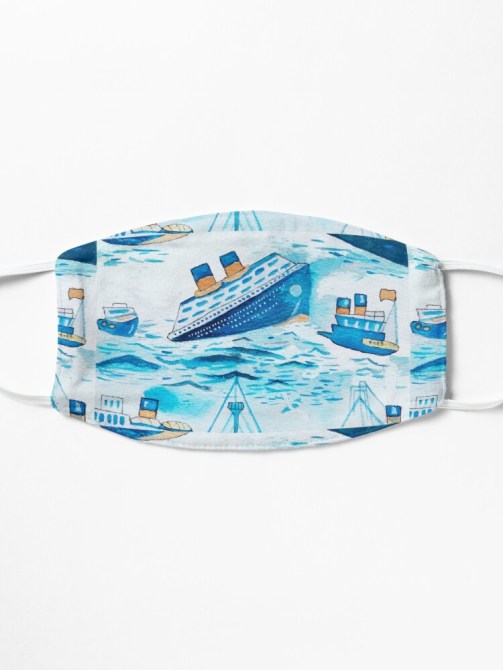 This face mask is decorated with illustrations of the ferry crash from season 3 of Grey’s Anatomy.