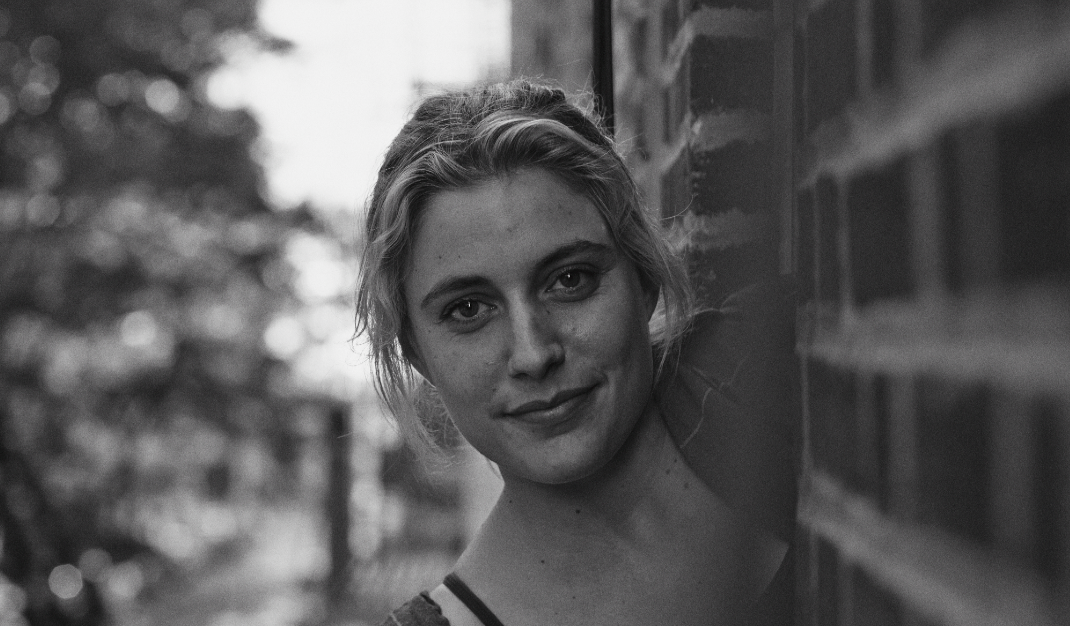 In case you’ve yet to hear about the film “Frances Ha,” you’re about to—and not just from us. The buzzy flick about friendship between two twenty-somethings living in Brooklyn—which initially premiered at the Telluride Film Festival back in September—is released nationwide today, and it has potential to become the next major indie hit. One of the main reasons? Its star—and co-writer—Greta Gerwig.

The 29-year-old actress and writer already has quite a résumé—but she seems to be just getting started. And the fashion world has noticed too, as she landed a Band of Outsiders campaign back in April. With her star and style profile on the rise, we thought it wise to catch up with Gerwig to chat about what it was like working on “Frances Ha,” comparisons to her contemporary Lena Dunham, and of course, the difficulties of getting ready for the red carpet.

StyleCaster: You co-wrote and starred in the film—what was that process like?

Greta Gerwig: It was an amazing experience, and it was a lot of work—but it was the right kind of work. It felt like it was challenging but effortless in the most important ways. Noah Baumbach [co-writer and director] and I saw the movie in the same way, and it was a long process to write the script. There’s no improv in the movie.

We made the script as word-perfect as we possibly could, and as a writer I grew by leaps and bounds and really learned what it meant to work something until it was good enough. To act in it, I feel like such a nerd, because I keep saying how much I loved it—but I did. We shot a lot of days—around 50, and usually an indie will shoot for 20 or 25. We had a no cell phone rule on set, no one was reading. Everyone was one hundred percent dedicated the whole time. It was so much fun. I love environments that are intense and focused.

You recently landed your first fashion campaign for Band of Outsiders—have you always been interested in fashion?

I really have always loved fashion and I’ve always wanted to be around it. I don’t always think I do such a great job of putting myself together. What was so great about Band of Outsiders is that I love Scott Sternberg, the designer, and I think one of the great things about that brand is that they really find a way for their clothes to work for you.

They don’t try to impose their clothes onto you—instead they’re like, “How can our clothes make you feel great?” In fashion, I look for things that are equivalent to the kinds of films I love. I like it personal and funny and unique. And I like when they feel like they’ve been made by a person with a real point of view. When I see clothes like that, I get so excited and I want to touch them! I’m having so much fun with fashion.

You’ve been doing a lot of red carpets lately—what’s your approach for dressing for the camera?

I’ve been trying to develop a philosophy through trial and error. It’s really hard to know. A lot of people will say, “If you’re just happy, then that will translate!”—but that’s not true. I’ve been on many a red carpet where happiness translates into you looking crazy. I think everybody looks better when they’re smiling. But I have a crazy smile when I totally let go, I kind of look like The Joker.

I’ve been trying to develop a more modified smile—since I can be really self-conscious about how crazy I look when I smile. Actually, this filmmaker I worked with, Whit Stillman [director of “Damsels in Distress”] once told me I had to work on my smile! So I was like, “Fine, I’ll do that for you.”

With posing, hands on the hips or hands not on the hips—it’s hard! In some dresses, you have to do it. But really fashion-y people don’t like when you do it. They think it looks prom-y, like a beauty queen. But it’s flattering and there’s a reason people do it, because it looks nice.

A lot of people are wondering if “Frances Ha” is based on your own life. Is it?

It’s all fiction. I think that certainly as a writer I use aspects of my personal experience and things I’ve heard and said. But the project really becomes its own life. I had a very different experience in my 20s than Frances did, especially in that I experienced a lot more success and a lot more luck. I sidestepped some of her struggles. Not all of her struggles, [but] I had a lot more feedback that was positive. I wasn’t succeeding financially necessarily, but I was getting a sense that I was not crazy to pursue [acting]. Frances is given the opposite singles.

Given the subject matter of the film and the fact that Adam Driver’s in it, it’s drawing inevitable comparisons to “Girls.” How do you feel about that?

What do you want audiences to take away from “Frances Ha”?

I want them to take away a sense of joy. I feel like it’s a film that’s funny and sad, and it’s about struggles and triumph. I really want people to walk away with an infectious feeling that they’re floating and that life is worth charging into head-on.

You’ve also been compared to actress Chloë Sevigny—do you think you’d be interested in following her trajectory, and designing a clothing line?

No! I love Chloë Sevigny and I adore her work, and I’m really flattered—but I doubt I’ll ever really be able to design clothes. But I would be very happy if I got to work with the different kinds of filmmakers she has, and [land] different roles.