The most dramatic season yet? There are rumors Greg is the next Bachelor for 2022, and Bachelor Nation members have mixed reactions.

Greg Grippo, a 27-year-old marketing sales representative from Edison, New Jersey, was a contestant on The Bachelorette season 17 with Katie Thurston. He quit in the final three after he accused Katie of “dismissing” his feelings toward her. “I told my mom that you were The One. I was telling my whole entire family that. I truly felt that in my heart and wanted to express that to you. I expressed that I do love you. I felt like I was telling that to a stranger. I don’t know why. This whole entire time has felt like Katie to me, and that night, I was thinking that I was expressing my love to my future wife, and you didn’t even feel it,” he told Katie after her Hometown Date with his family. “You just completely dismissed it in my eyes.”

During the “After the Final Rose” special, Katie accused Greg of “gaslighting” her during their breakup. “You came at me as if I did something so horrible that you had to leave,” she said. “You could have just been a man and had a normal conversation, instead of being so rude, and dramatic, and leaving without even saying goodbye.”

Since The Bachelorette season 17 finale, Bachelor Nation has had mixed feelings about Greg. While some side with Katie and agree that Greg’s behavior was not Bachelor material, others side with Greg and still want him to be the next Bachelor. So…is Greg the next Bachelor for 2022? Ahead is what we know about rumors Greg is the season 26 Bachelor and why his choice would be so controversial. 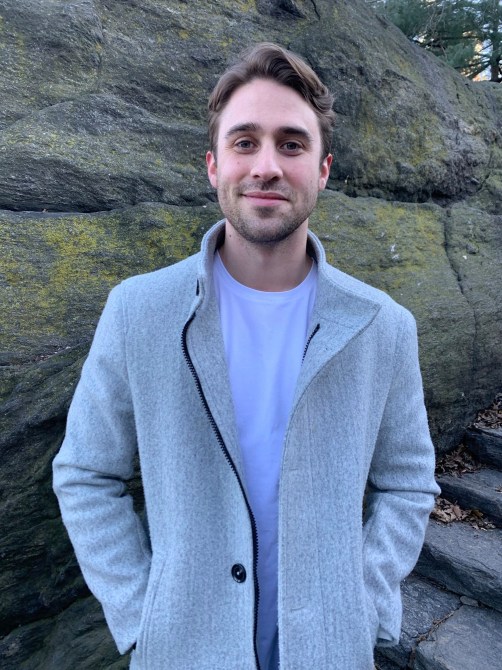 So…is Greg the next Bachelor for 2022? Reality Steve reported on August 19, 2021 that Greg will be the lead of The Bachelor season 26. “What I’ve been hearing the past 5 days or so regarding the next Bachelor are this…been told it’s going to be Greg. Obviously it’s never ‘official’ until ABC announces it (whenever that may be), but at this point I would be very surprised if it’s not him,” Reality Steve tweeted at the time.

Reality Steve noted that Greg is a controversial choice but no different from other controversial Bachelors like season 21’s Nick Viall and season 23’s Colton Underwood. “They pick who they pick and there will always be people upset no matter what. Greg will be no different. I’m sure a certain podcast out there is now gonna have a conniption,” Reality Steve tweeted. He continued, “He’s a polarizing figure that will have people talking, which is what they want. But by all accounts and everything I’m being told, he’s your next Bachelor so, I guess let’s get the hot take machine fired up. Because here they come in full force.”

After Reality Steve’s report, The Bachelor creator, Mike Fleiss, denied that an “official decision” had been made about the season 26 Bachelor and explained that the process is “complicated.” “Major announcement regarding #TheBachelor !!! No official decision has been made… Stay tuned,” he tweeted “Have an ice cold, gluten-free @OmissionBeer,” he wrote. “These decisions regarding our next #TheBachelor are complicated. Like the complicated process that gives us delicious, gluten-free @OmissionBeer.”

If Greg is the next Bachelor, he will be a controversial choice. Along with his drama with Katie and accusations of gaslighting, Greg was also under controversy before The Bachelorette season 17 even premiered after several sources claimed that he was on the show to promote his acting career.

In April 2021, the celebrity gossip Instagram account @DeuxMoi received an anonymous submission calling Greg a “manipulative liar” and an “actor.” “Greg G is a manipulative liar and actor on Katie’s season of the Bachelorette. He cleaned up his social media/Linkedin and removed all evidence of his aspiring acting career the past few years,” the submission read.

In their @DeuxMoi submission, the source called Greg a “total ego-obsessed diva in class” and alleged that he wasn’t on The Bachelorette for the right reasons. “He is not on the show for love, let alone Katie, and his appearance on this show is solely to promote / kick-start his acting career,” the source wrote. @DeuxMoi’s source also claims that Greg has been living at his mother’s house since he graduated from college and “never had a real job up until recently likely because he needed a bio for the show.” (More on what Greg does later.)

After The Bachelorette season 17 finale, Greg was also linked to The Bachelor season 25 contestant Bri Springs after the two were photographed together in New York City. Bri has since denied the rumors and confirmed she’s dating someone else. Despite his drama, many contestants from Katie’s season still rooted for Greg to be the next Bachelor. Andrew S. told Us Weekly in August 2021 that Greg was one of his choices to be the next Bachelor “Greg — first of all, it’s been the Gregerlorette so far. [We’ve] been watching him and just watching his, you know, his story. He looks like Ryan Gosling. He’s a freaking gorgeous man with a great personality. He’s my best friend. Both of those guys have my vote,” he said. Tre also told Us Weekly, “Greg is just one of those guys that you can’t have a bad thing to say about him. I love him deeply and I want him to find his person. And so I think that he will be great for the show.”