Lizzo—the singing, rapping, flute-playing TIME 2019 Entertainer of the Year and eight-time Grammy-nominated artist—deserved better last night. Yes, she walked away with three Grammys. But with most of them delegated across token “urban” categories, her awards still represent an all-too-familiar snub for black artists in our already disappointing year of 2020.

At 31, Lizzo seemingly ripped through the seams of our popular music mundanity out of nowhere last year. There she was, suddenly: On TikTok, with her #DNATest challenge; on your local convenience store speakers, reminding you you’re still 100 percent that bitch while lost looking for toilet paper in the stationary aisle; at the Lakers’ game, twerking in a chap-less tee for the jumbotron. She emerged as a charismatic icon with relentlessly catchy songs and an even more relentless aversion to respectability politics. It landed her a spot at Coachella, two sets of Cuz I Love You tours, and a record-breaking No. 1 place on the charts. It landed her, finally, at the Grammys.

Then ahead of music’s biggest night, we learned that the multi-hyphenate was this year’s most-nominated artist. It was a cause for celebration, if only for a moment. Here was a woman whose life story took a page right out of the Recording Academy’s best savior dreams: A Detroit-born black girl with a deceased father, living in her car, and taking to the road for nearly a decade—all before making her graceful Grammys debut with a sweep of nominations and a classically-backed ensemble. 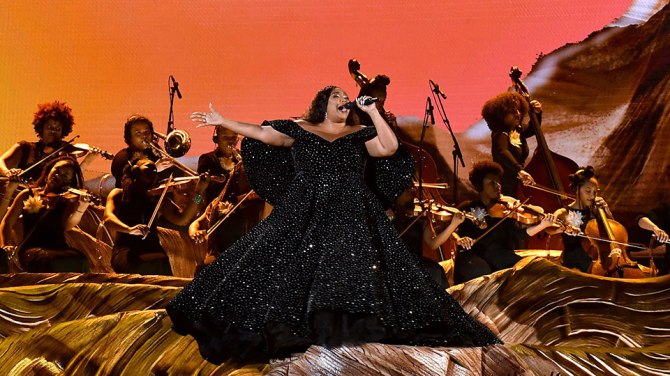 Except Lizzo’s brand of grace—with her acknowledgment of Kobe, her magnetic flute solo, and a legion of curvy black girls alongside her—is not the kind the Grammys is ever looking to reward among its top categories. Why do that, when there’s another left-of-center pop star that fits the bill, who also just so happens to be white?

Lizzo’s biggest problem at the Grammys was that she’s not Billie Eilish: A young girl who, while teeming with talent that we ought not to diminish, still seems to draw from the very culture that the Grammys always fails to fairly acknowledge. AAVE, for example, colors Billie’s speech. It’s a kind of “internet-speak” gone wild, seemingly birthed of Gen-Z’s growing consumption of black culture as canon. (Fodder for memes, slang, or really anything originating on Black Twitter is apparently fair game.)

Appreciation, of course, is a wonderful thing; to see Tyler, the Creator—an undoubted rap idol for many in that generation—win a Grammy this year is a mark of that support. But the problem arises when white girls like Billie interpolate a street-style, accent, and long acrylic sets into the basis of their popstar presentation. 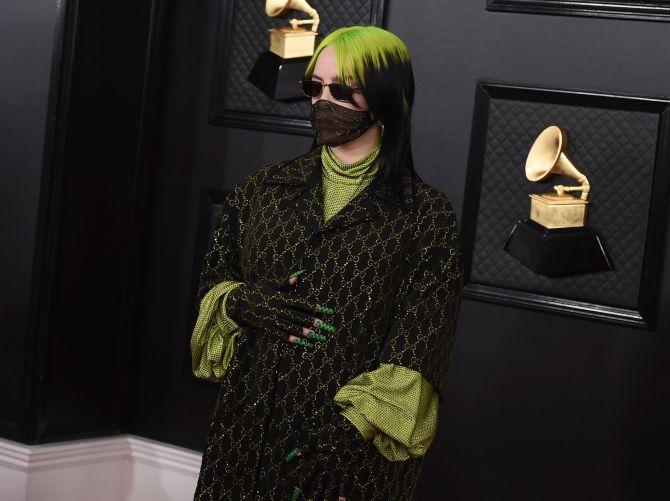 It’s a story we already know: Black culture becomes universal only when it’s caricatured on the white body. So where does that leave someone like Lizzo—someone whose blackness is a fact of her very existence, and not an identity to try on?

The Recording Academy has a name for that space, and much of it isn’t even televised during the Grammys broadcast anymore. From R&B to Rap, we see the Grammys “honor” most black artists in categories that their music surely exceeds. In Lizzo’s case, that means taking home two of her three Grammys offstage for Best Urban Contemporary Album and Best Traditional R&B Performance. Yet Cuz I Love You is nothing if not teeming with earworm pop, whereas Lizzo’s “Best Traditional R&B Performance” for “Jerome” is far from the genre’s typical anti-scrub ballad. Find songs like these by a white artist, and they’d catapult straight into wins among the general categories for their “inventiveness.” When you’re black, inventive is just the basis for acknowledgment—and that’s if you’re lucky.

Speaking after picking up his own Grammy for Best Rap Album, Tyler, the Creator said it best: “It sucks that whenever we—and I mean guys that look like me—do anything that’s genre-bending, or that’s anything they always put it in a rap or urban category. I don’t like that ‘urban’ word—it’s just a politically correct way to say the n-word to me.”

Imagine the added pressure of being a woman. Specifically a black woman, a woman who takes up space in a body that much of society would rather care to shrink, a woman who seemingly did the impossible over the course of a single year. Imagine walking away with the best performance of the night, with far fewer wins than deserved, and still saying, “Let’s continue to make music that liberates people.” That’s grace. But the Grammys don’t even know how what to do with that. Maybe next year, they will.