Super stylist (and former supermodel) Grace Coddington is one of the fashion world’s most beloved characters, and ever since her coup d’film performance in 2009’s Vogue documentary “The September Issue,” she’s captivated the rest of the world, too. Now she’s the latest star to appear on “Elettra’s Goodness,” model Elettra Wiedemann’s online cooking show.

Grace takes Elettera and her viewers inside her New York apartment—which, of course, is chock full of cat figurines—to show her how to prepare the classic British dish, Grace’s “favorite to make for a dinner party,” steak and potatoes Dauphinois. It sounds much fancier than it is: it’s basically a slab of meat wrapped in fat, served with a side of potatoes au gratin.

“This dish is probably something that any Vogue person shouldn’t be making,” Grace says with her trademark half-smile. “Because it’s incredibly bad for you. This is not moderation.”

Plus, she sweetly re-asserts that Vogue is where she wants to be: “I love my job, I love what I do,” she says. “Of course I love what I do, otherwise I wouldn’t still be there bugging Anna.” 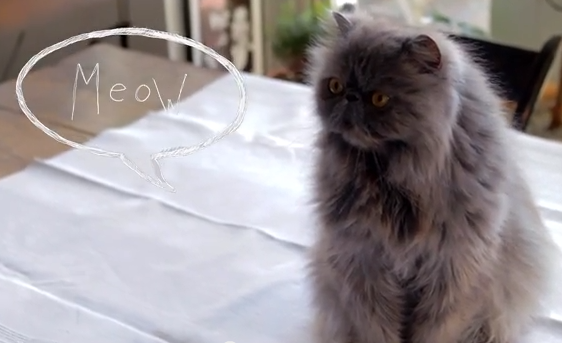 MORE ON STYLECASTER:
Grace Coddington Creates Cat-Covered Tote for Fashion’s Night Out
See Grace On The Cover of Vogue in 1962