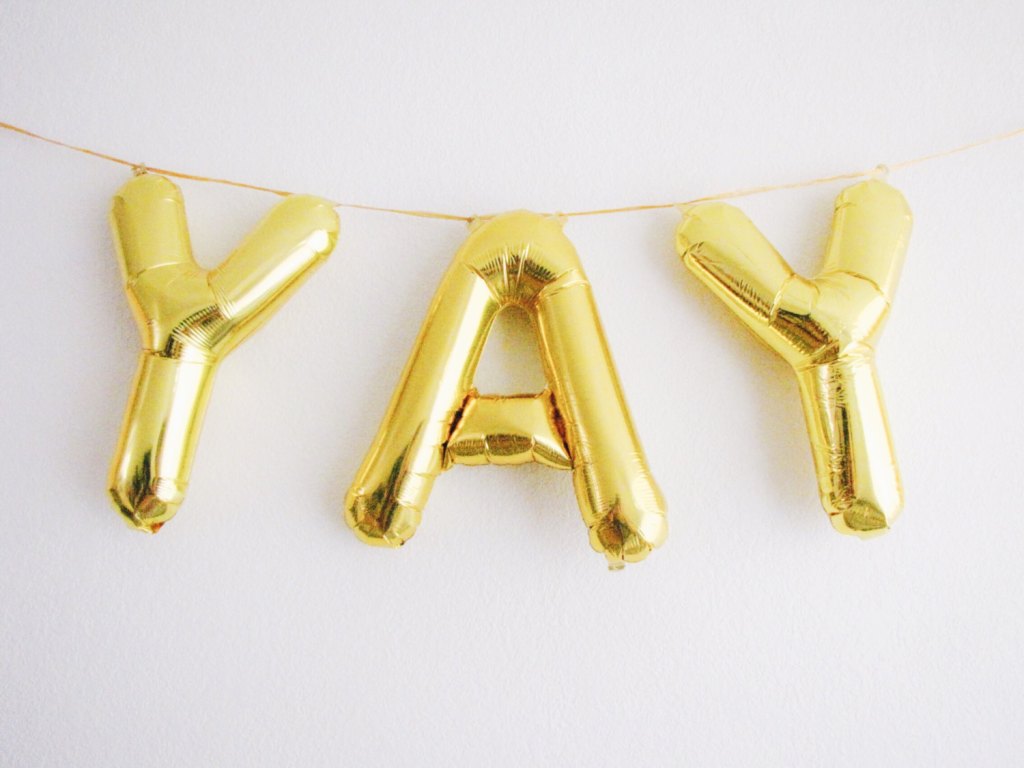 It’s been a tough week, friends. Musical legend Prince passed away at just 57 years old, Beyoncé may or may not have revealed to the free world that Jay Z is a cheater (but they’re okay!), and Donald Trump won the New York Republican primary (that one’s technically subjective as far as actual bad news goes but whatever.)

Luckily, for all of us feeling a little woebegone, a Reddit board exists that poses the question “What is something GOOD happening in the world you wished more people knew about?”

Below, read 25 replies that’ll effortlessly boost your mood—because we all need it right now—then head over to Reddit to see (thousands!) of other pieces of user-generated good news.

“Our local library keeps a collection of cake pans you can check out. So if you want to bake a specialty cake, no more buying a cake pan you’ll only use once and probably never again. It’s pretty awesome.” (honeybadgergrrl)

“Someone on my Facebook feed just met her pen pal of 50 years.” (MyUglyKitty)

“There hasn’t been a single fatal crash on a U.S.-based commercial passenger airline this entire decade (2010s), which is the longest safety streak since the industry began.” (Hermosa06-09)

“Last Friday on my way home from work I saw a German Shepherd in a sidecar of a motor cycle with his own goggles on and it made my life. I tried to get a picture but traffic started moving.” (goalieamd)

“The average work week is projected to only be about 20 hours instead of 40 due to all of the technological advances in the future.” (Millionaire_)

“Every day, 200 million skittles are brought to this world.” (immortalpotatoes)

“I opened a nice little non-profit theater, and it’s neat and inclusive. I think that is nice.” (dconnenc)

“I just made an amazing toasted sandwich with grilled onions, honey ham, and swiss. (clam_beard )

“The amount of pirates (think Somali, not neckbeard) have been gradually decreasing.” (etherealcaitiff)

“There was a “Thank You” rally in Toronto by Syrian refugees who were thanking Canada for taking them in last week.” (Grizzly_Adamz)

“Animals are being outlawed from circuses. Some countries giving human right status to some animals. That’s awesome.” (DirtySingh)

“Today I officially got rid of my fear of driving. I’m doing great and will be getting my license. I may be 23 but it’s never too late. Face your fears no matter what it is. You got this.” (Lobolobito)

“I got my braces changed today, and they don’t hurt nearly as bad as other times I’ve had them changed. Also, i get them off in like 2 months.” (Strakken)

“I may win a honeymoon trip all paid 🙂 in the middle of all bad news in the world this is a little light. We are already in first place on vote on our photo. with a little help of my friends we can do this.” (Lari_Boas)

“In the UK, there is a website BorrowMyDoggy: you can register and borrow a local doggie for cuddles, playdates and walks!” (Aroha11)

“NASA is working on a device that exercises for you by tricking your muscles into thinking that they are being actively used. Even gyms are about to be automated.” (Trollface670)

“Today is my birthday 🙂 The sun is shining, and I got a mini bundt cake which I was able to share with my husband while our baby was taking a nap.” (zzyhuerta)

“A grey wolf and her pups were sited in Siskiyou County, in California, meaning that grey wolves have recovered in sufficient numbers to start penetrating westward. Atlantic Salmon are beginning to spawn in the Connecticut River for the first time since the Revolutionary War.” (A_California_Guy)

“There are pubs out there where people still break out into sea chanties, and everyone sings who know the words.” (weavves)
“After a terrible breakup and lots of binging, I’m eating health(ier) and working out. My self-confidence is slooooowly improving.” (FutureMrsDowneyJr)

“To date, 336 people have been exonerated after post-conviction DNA evidence proved their innocence. The number of wrongfully convicted people being proven innocent is bringing more attention to the reasons why wrongful convictions happen. It’s good all the way around.” (TheOpus)

“I have a pet prawn at work. Somehow I got permission to set up a 120 gallon aquarium for him and for the past several months he’s been the coolest dude. Just today I found out he’s actually being made the company mascot! 😀 They’re going to start involving him in promotional stuff. It’s fun.” (coinpile)