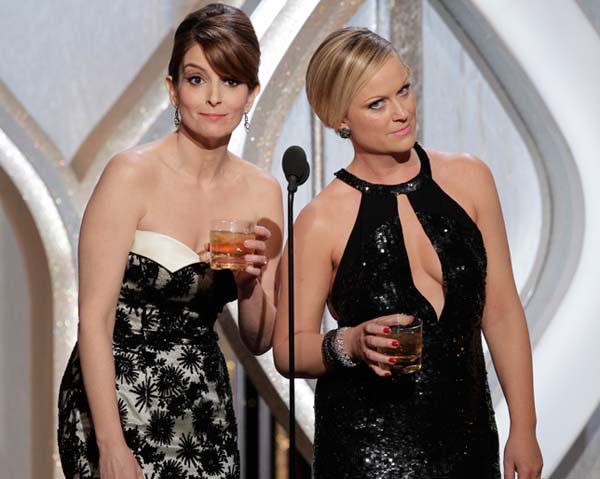 On Sunday, Tina Fey and Amy Poehler will once again co-host the Golden Globes and we are beyond pumped to watch the 3-hour joke/fashion/eye candy extravaganza. (We mayyy have had the date saved in our iCal since November.)

MORE: 11 Ways to Be More Like Tina Fey and Amy Poehler

Before their hilarious show last year, the pair shared rules for a Golden Globes drinking game. When The Hollywood Reporter asked them if there were any new categories for the 2014 edition, Fey said: “Any time you see a gown with sleeves, you’re going to drink. Any time they cut to Tom Hanks for a reaction shot, do five push-ups and you will be ripped by the end of the ceremony.”

Push-ups, you say? Now THIS is a game we can get behind. So we asked Women’s Health Next Fitness Star Stacie Clark to choose even more exercises to do throughout the show.

“Tina Fey is on to something,” Clark says. “Instead of snacking and cocktailing for three hours—although that’s fun, too!—you can work on your own red carpet body during the show.”

“A little competition is healthy,” she adds. “See who can do the reps faster or even assign a celeb to each person and every time they’re on screen, that person needs to do extra burpees!”

So without further ado, we present to you the 2014 Golden Globes Exercising Game. Share photos of yourself playing along on Twitter and Instagram using hashtag #GoldenGlobesWorkout! And for even more amazing ways to break a sweat, pick up Stacie’s new workout DVD! 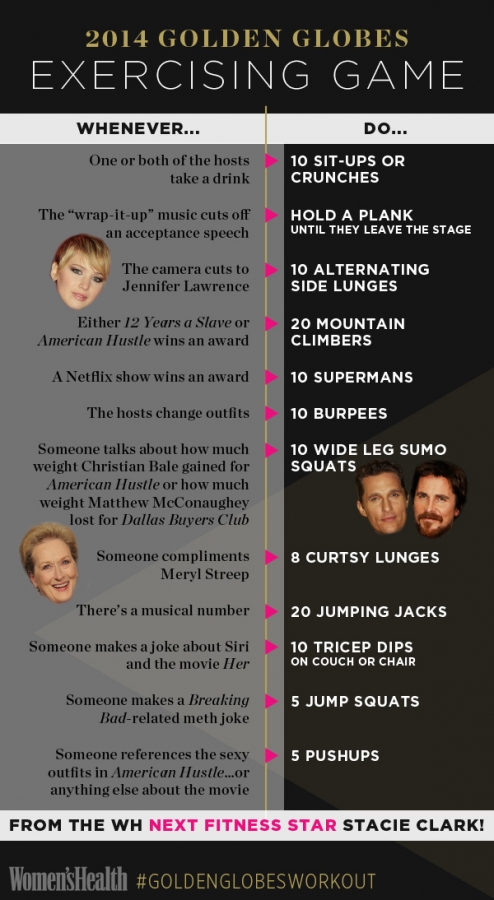