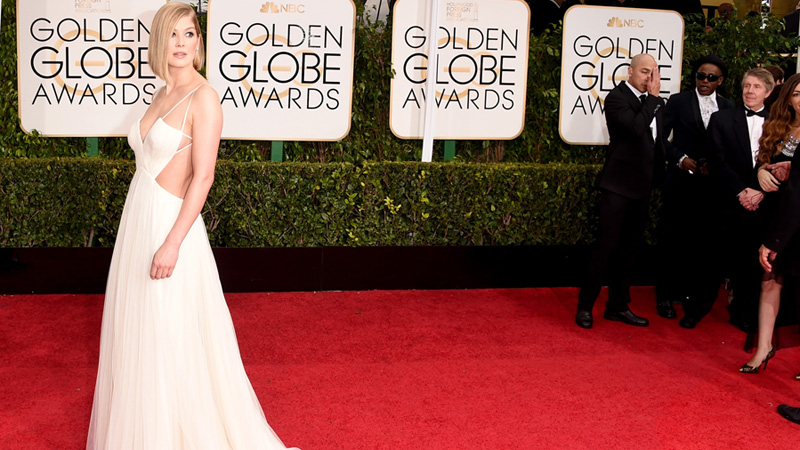 Dying to own one of the gowns spotted on the red carpet at last Sunday’s Golden Globes? That’s actually within arms reach thanks to Moda Operandi—but it’ll cost you. The high-end shopping site is allowing customers to pre-order the exact dresses that had everyone buzzing.

MORE: The 2015 Oscar Nominations are In! See the Full List

And, thanks to Moda, we now all get an inside look at just how much the various gowns cost. Rosamund Pike‘s white cut-out tulle Vera Wang dress is being offered for $5,500, Camila Alves’ space age pink Monique Lhuillier number can be yours for $2,995, Anna Kendrick’s princess Lhuillier gown will set you back $7,795, Katherine Heigl’s neoprene mermaid Zac Posen look will cost you $4,990, and Jemima Kirke’s two-piece Rosie Assoulin outfit will set you back $4,990. Hey, nobody ever said dressing like an an A-lister comes cheap.

What’s particularly interesting about Moda Operandi offering this option to shoppers is that it could easily only intensify the value of dressing stars for red carpets. While fashion houses have used the red carpet as a massive marketing tool for decades, the ability to then sell the exact clothes that appeared on the carpet to consumers (without much risk, because on Moda the gowns are only produced after they’re sold) has the potential to be huge for the brands chosen by stars for these high-profile appearances.

Would you be more willing to buy a gown because a celebrity wore it on the red carpet? Share your thoughts in the comments!