The 71st Annual Golden Globe Awards brought with it something that was pretty unexpected this year: An impressively modern red carpet. Even if you weren’t particularly fond of all the dresses (ahem, Jennifer Lawrence in a quilt, er, Dior), there’s no denying that they were—for the most part—quite current, and decidedly more “fashion” than “Hollywood princess glamour.”

While most of the evening’s gowns varied in terms of color, there were three specific stories that emerged victorious. Read on to see what they were, and let us know which color was your favorite! 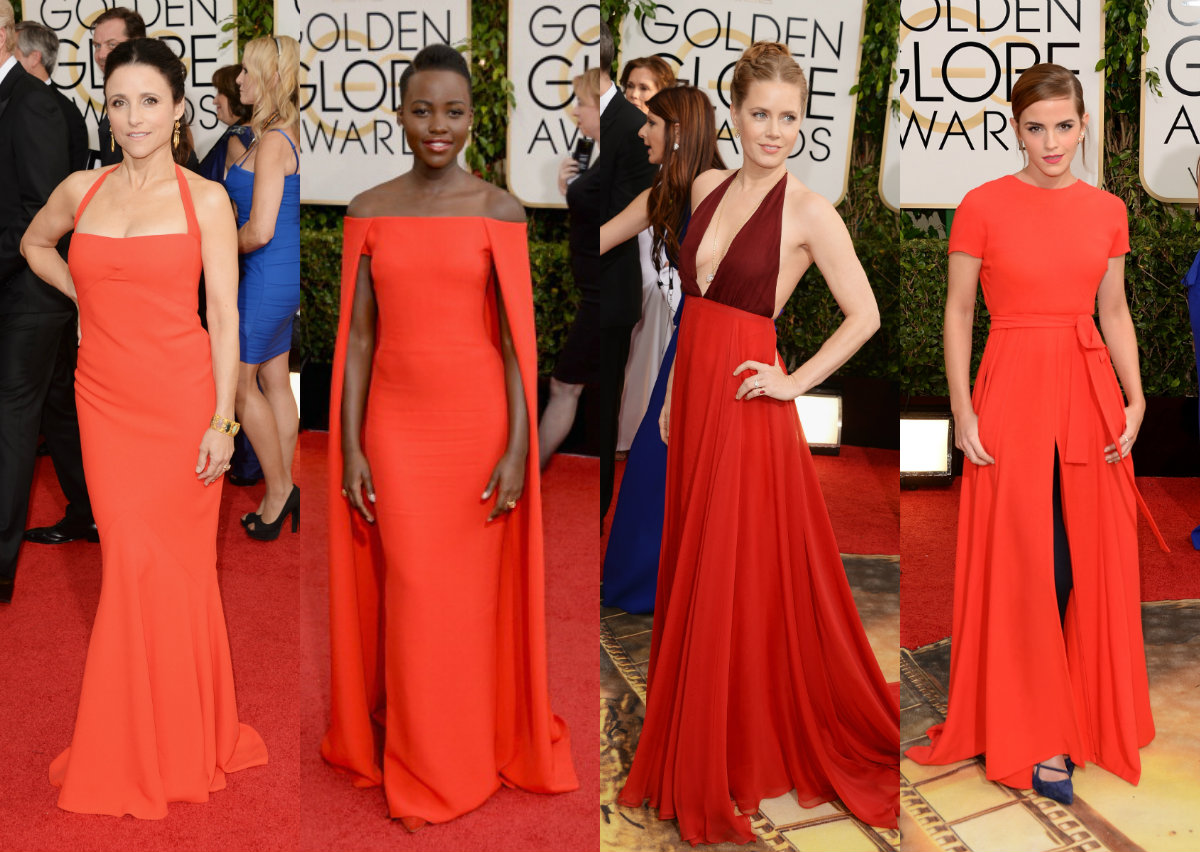 Red was arguably the most attention-getting color of the night, thanks to the fact that every actress who chose it also chose a fantastic dress to match. Obviously, the best-dressed lady in red was “12 Years a Slave” star Lupita Nyong’o in Ralph Lauren, but the rest of the ladies weren’t far behind. 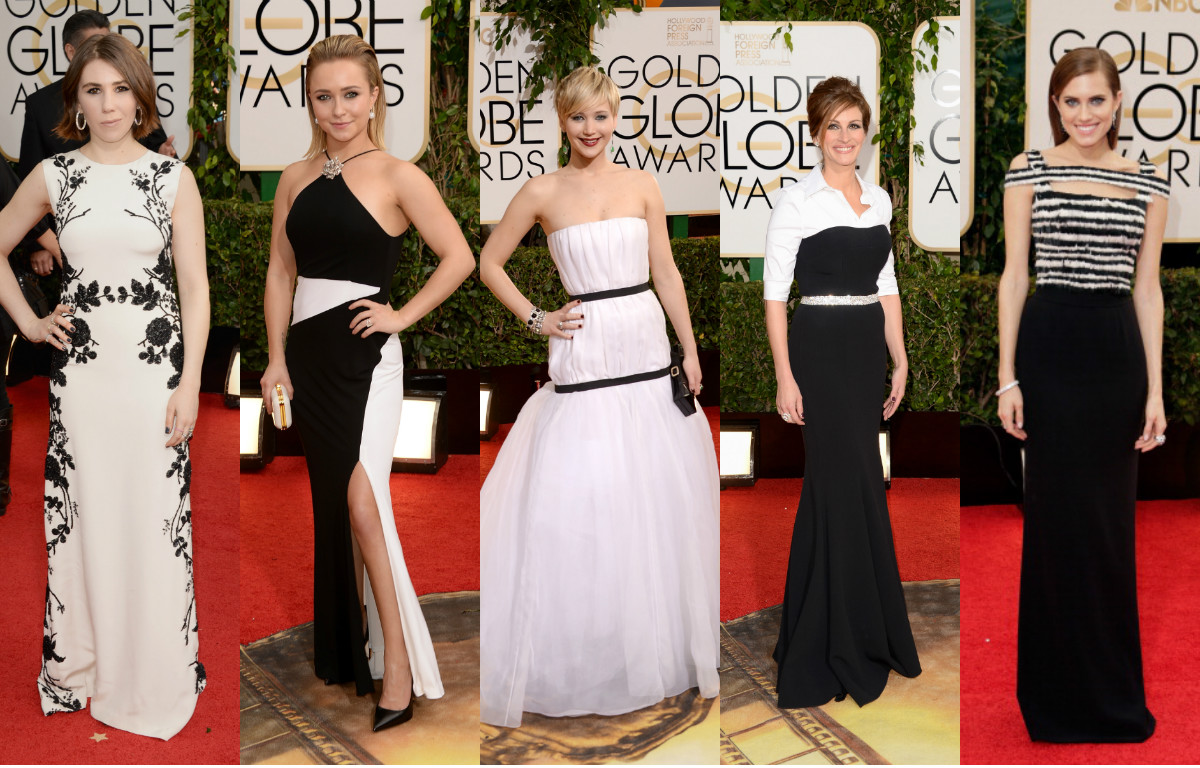 Black and white was another theme of the evening, with several stars choosing graphic gowns in the typically chic combination. Despite the simplicity of the scheme, most of the dresses in this case were more “meh” than “yeah!.” (Anyone else want to rip that bulky button-down away from Julia Roberts‘ belted black gown?!) 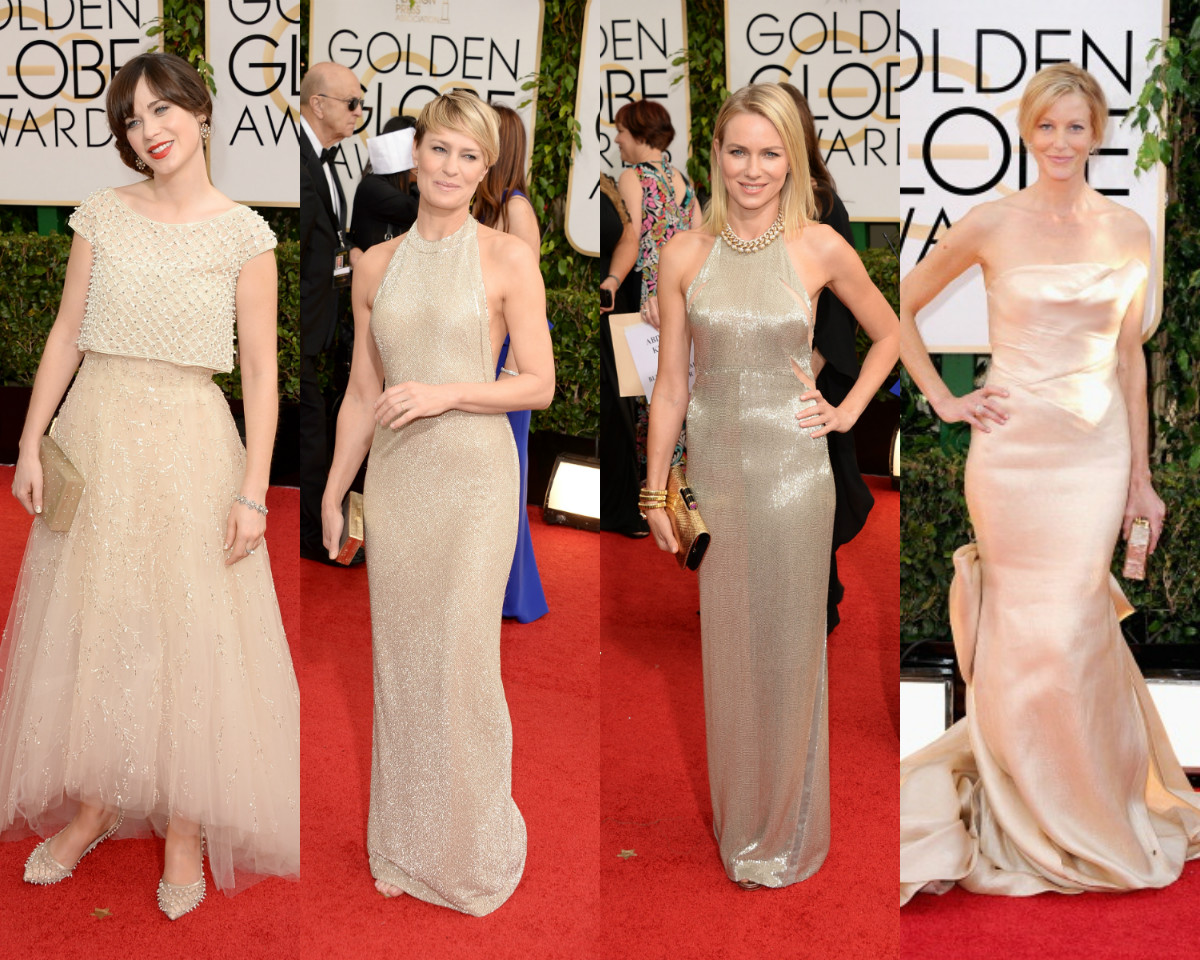 Ethereal Champagne shades seem to always make appearances on Hollywood red carpets, and last night’s was no exception. To us, the actresses who chose to go with the nude hue all fell somewhere in the middle: The dresses weren’t quite as enticing as the ladies in red, but they weren’t nearly as offensive as the black-and-white crew.

Out of the three color stories, which one was your favorite?