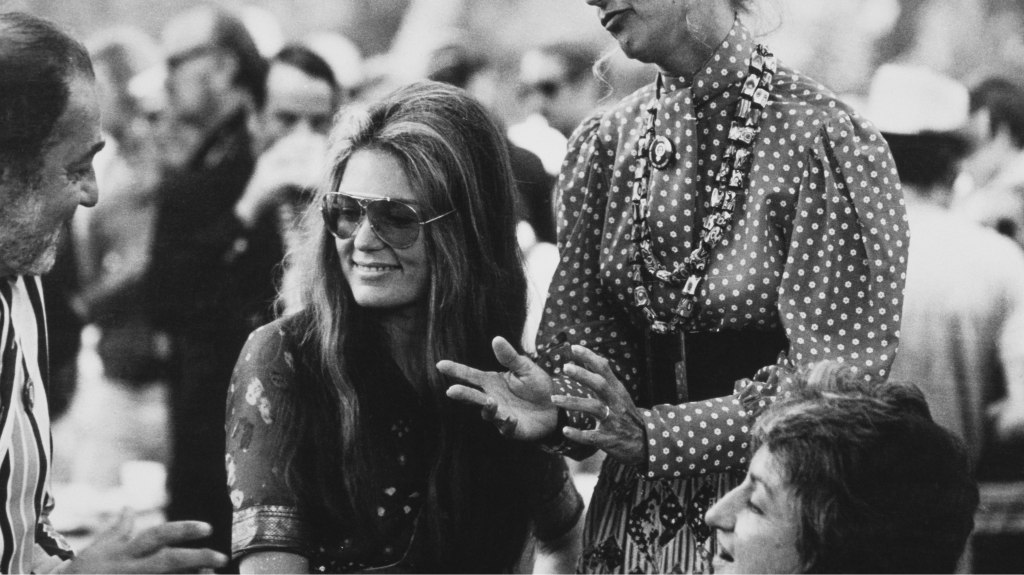 As far as feminist icons go, nobody can touch Gloria Steinem: The trailblazing writer and activist led the women’s rights movement in the ’60s and ’70s and has fought for decades over equal pay, encouraging wage transparency to be an integral part of the national agenda.

While talking with Fusion about her new book, My Life on the Road, Steinem spoke openly about the slow progress we’re making when it comes to equality, and she shared a particularly cringe-worthy story about her experience with the gender pay gap in the 1970s, also known as the time a major magazine tried to pay her for an article with a Gucci bag.

“The most ironic that comes to mind is that Time magazine asked me to write an essay about the early women’s movement,” she said. “It was a long time ago—it was maybe in the ’70s. First of all, they asked me to do it because they didn’t have a woman on staff. Secondly, I did it under deadline because it never occurred to me that they would pay me less than they did men writing the same essay. Time had a page in each issue in which there was a personal essay. When my agent got the check, he told me that I was getting paid less than men who wrote the same essay.”

Rightfully pissed, Steinem complained to the magazine’s editor, who thought he could make up the pay gap with accessories: “I wrote the editor of Time and complained, and he sent me a Gucci purse.”

Then, because Gucci isn’t really the going currency with gas providers and landlords, and we’re pretty sure grocery bills in the ’70s couldn’t be paid in handbags, Steinem tried to cash in the purse and discovered it was nonreturnable.

In 2015, it seems unlikely that a woman would get paid less for writing an article than a man, but Steinem stresses it’s not out of the realm of possibility and that the pay gap is still shockingly wide among too many industries. “Women at all levels are getting paid less. Both in the so-called ‘pink collar ghetto’ of what used to be called clerical work, or administrative assistant work, and in the health field. Some areas are 70 percent or more female, so the whole category is underpaid. You might find, for instance, that a nurse is getting paid less than the garbage man who’s picking up garbage at her hospital,” she told Fusion.

It’s a pretty depressing fact, especially when you consider that equal pay isn’t just a women’s issue—it would benefit the entire economy. “Women are going to use that money, not put it in Swiss bank accounts. The poorest children are in female head of households; if those households have more economic alternatives, then there will be less need for government services. So it’s a win-win situation because it both diminishes pressure on government services and tax dollars and also increases the opportunities and welfare of individuals,” Steinem said. Amen!