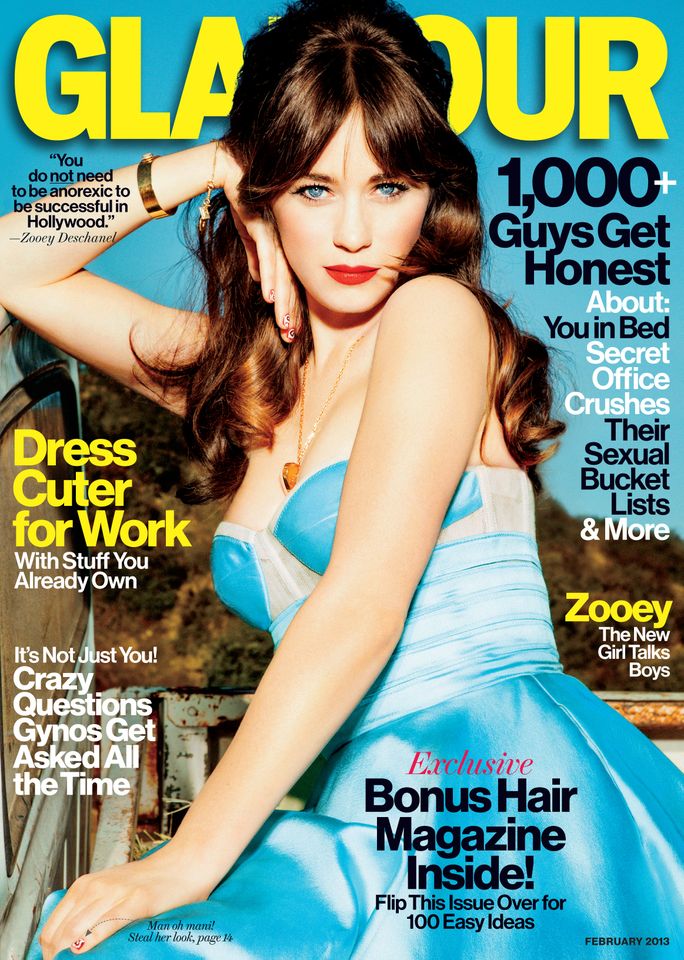 “New Girl” star Zooey Deschanel covers Glamour’s February issue, which hits stands Jan. 8, and—apart from looking fabulous in a series of captivting phos by famed photographer Ellen von Unwerth—the 32-year-old actress and musician also had some pretty good stuff to say regarding feminism, fashion, her signature hair, and the pressures to be skinny in Hollywood.

On being seen as an oddly controversial figure to some women and her critics:
“I’m just being myself. There is not an ounce of me that believes any of that crap that they say. We can’t be feminine and be feminists and be successful? I want to be a f–king feminist and wear a f–king Peter Pan collar. So f–king what?”

On if she feels pressure to look a certain way
“I don’t. But actresses have definitely gotten thinner over the course of my lifetime. Women I admired growing up—Debra Winger, Diane Keaton, Meryl Streep—were all beautiful and thin, but not too thin. There are a lot of actresses who are unhealthy-skinny—much, much too skinny. You can’t Pilates to that. I’m a very small person, and if I lost 15 pounds, I’d look like them; it’s scary. For young girls, what does that say? You need to look this way to be successful? That’s not true. You do not need to look or be anorexic to be successful in Hollywood. The range of what’s acceptable is larger than what people believe.”

To read more of Zooey’s interview and to see select pics, head over to Glamour now!