Tom Brady and Gisele Bündchen are rivaling Adam Levine and Behati Prinsloo for hottest celebrity couple at the 2019 Super Bowl. Super Bowl LIII is well underway at The Mercedes-Benz Stadium in Atlanta, GA but the only thing people can seem to talk about are the former supermodel and her hunky football-star husband. These Gisele Bundchen and Tom Brady Super Bowl photos are exactly what we were hoping to see today.

The New England Patriots have won five out of the eight Super Bowl games they’ve played with Brady, and the team’s quarterback has won Super Bowl MVP player four times—damn dude, way to go! What we’re wondering is why Gisele’s never been invited to toss the ball around … I mean, she’s been to enough games by now. She could probably give Brady a run for his money at this point, no? Maybe not. But we’re glad she attends and supports her husband in such an adorable way. Fans are being treated to images of the Super Couple, and as always, they are loving it. 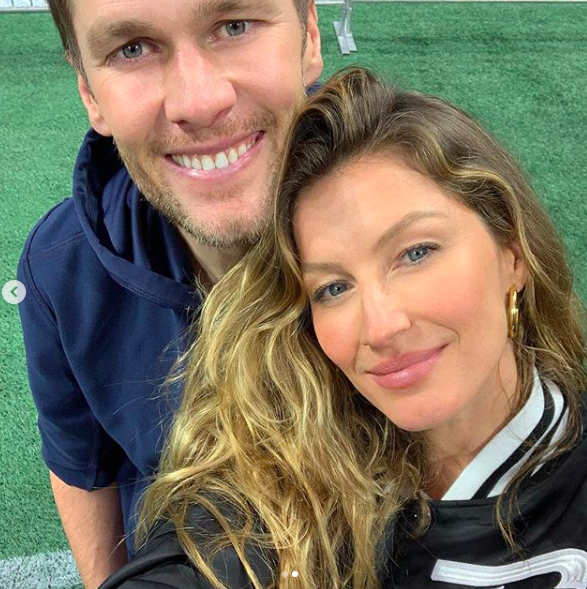 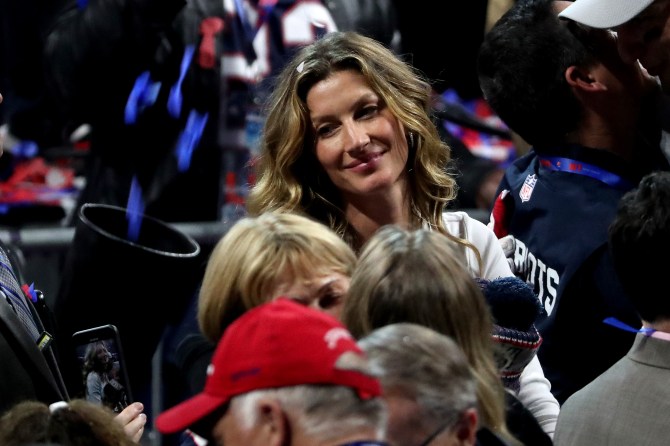 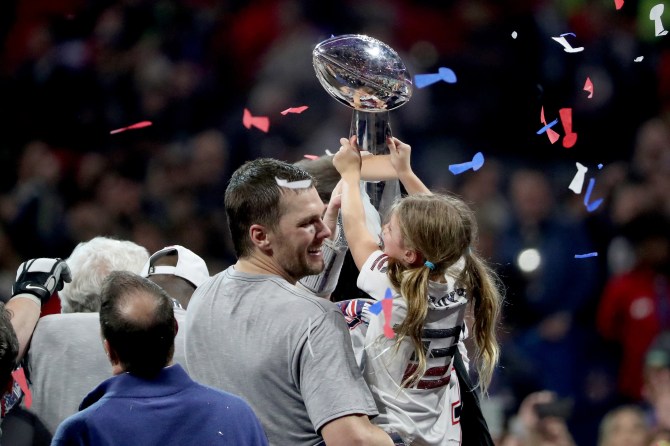 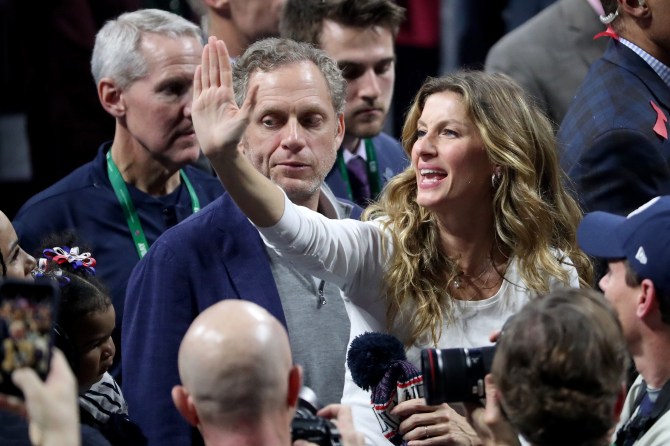 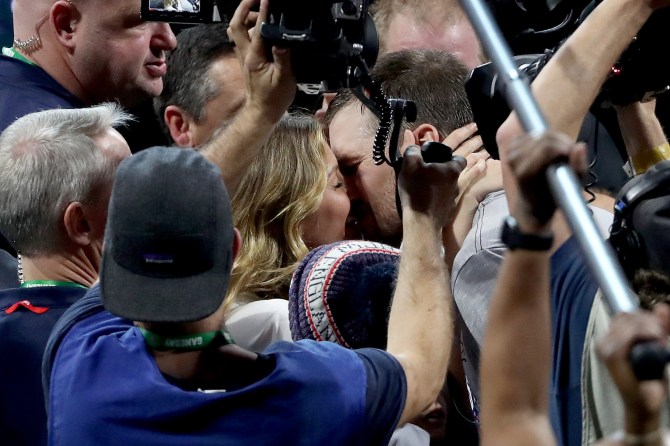 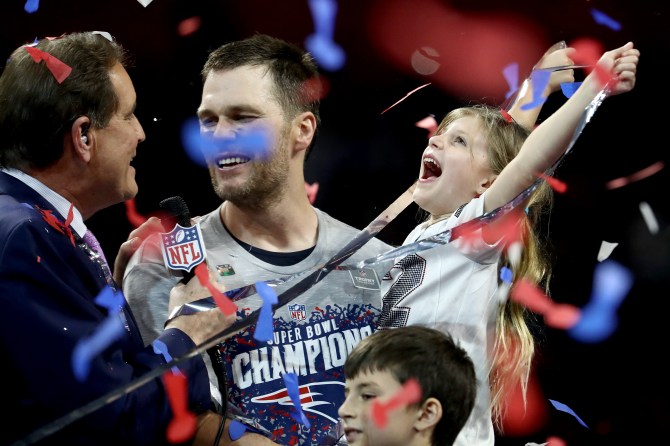 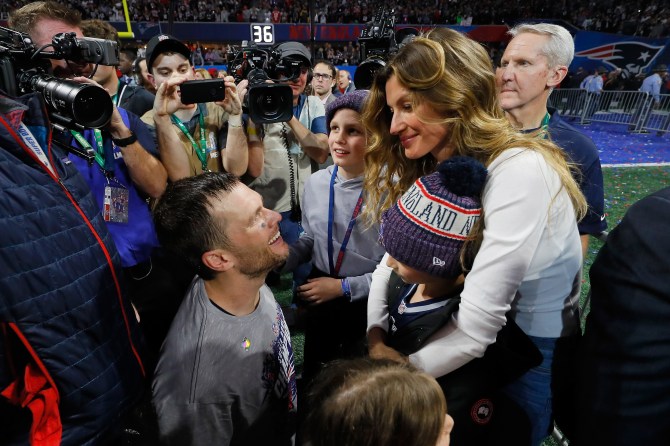 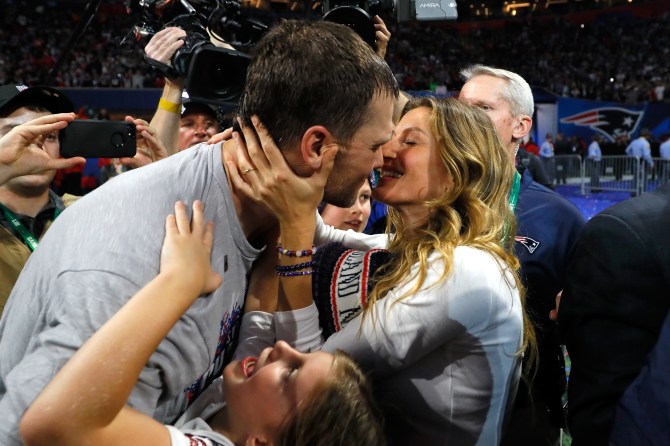 We’re not surprised this couple is basically ~breaking the internet~ right now. Who could forget how cute they were at last year’s Super Bowl?

Even though Brady’s team lost to the Eagles, Bündchen proved to be the most supportive wife. In an Instagram post three days after the loss, Bündchen gushed about how proud she was of her husband. “Congratulations Eagles for winning the Super bowl, what a game that was! Congratulations Patriots for giving your best and to my love, we are incredibly proud of you because we are able to see every day all the commitment, sacrifice and hard work that you have devoted to become the best in what you do. We love you! ❤️
Parabéns Eagles por ganhar o Super bowl, que jogo! Parabéns Patriots por dar o seu melhor e meu amor, estamos incrivelmente orgulhosos de você porque vemos todos os dias o compromisso, o sacrifício e o trabalho árduo que você dedicou para se tornar o melhor no que você faz. Nós te amamos!” she wrote.

The former Victoria’s Secret Angel and author has not been shy about showing her love and support for Brady throughout his journey to the Super Bowl. The supermodel, who shares three children with the quarterback, posted a video on her Instagram story after Brady and his team triumphed over the Kansas City Chiefs at the 2019 AFC Championship Game on January 20th. Brady, 41, led the Patriots to victory over the Chiefs in overtime at the Arrowhead Stadium. The final score was 37-31. The video Bündchen posted shows her jumping for joy and yelling, “yes!,” as she proudly watches the game on her TV. 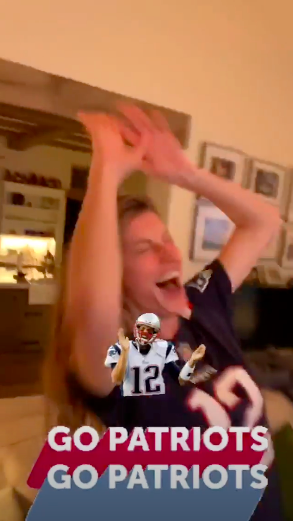 The supermodel later posted a story with a shot of her hubby on TV. It was accompanied by heart emojis—of course. So sweet! 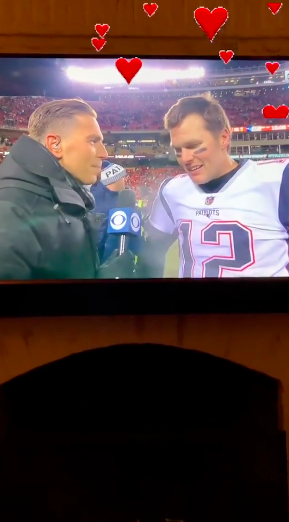 The couple seems to enjoy PDA both in real life (as seen by the tweets from today) and also on social media. After the Patriots defeated the Los Angeles Chargers on Sunday, January 13th, Brady went to talk to the media at the post-game press conference. He famously said of the 41-28 defeat, “I just like winning.”

The couple also posted matching Christmas Instagram photos on December 25, 2019. Brady wrote, “ Have yourself a merry little Christmas
Let your heart be light
From now on your troubles will be out of sight… ❤️”

While Bündchen went for a simpler caption. The supermodel wrote, “Wishing you all a Christmas filled with love ❤ Desejo a todos um Natal cheio de amor !”

The dream team share three children together— a four-year-old daughter, Vivian Lake, a nine-year-old song, Benjamin Rein, and an 11-year-old boy, Jack. Talk about cool baby names, we are definitely adding those to our baby name list.

One fan commented with a funny quip. “I think she runs faster than you @tombrady,” the fan teased. 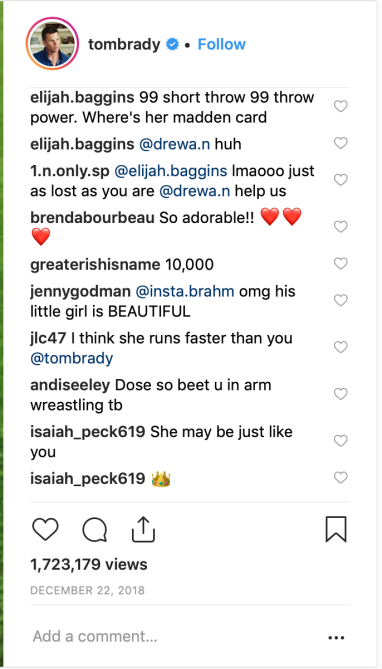 Maybe not yet … but give her time!

If Brady is able beat the Rams today, this will give him his sixth title of his career, which would be the most all-time of any player. We know one thing for sure, Brady will not go home a loser tonight. Regardless of whether he and the New England Patriots take the cup, Brady will go home with a trophy and a household of VIPs (Bündchen and her three kids, duh!)