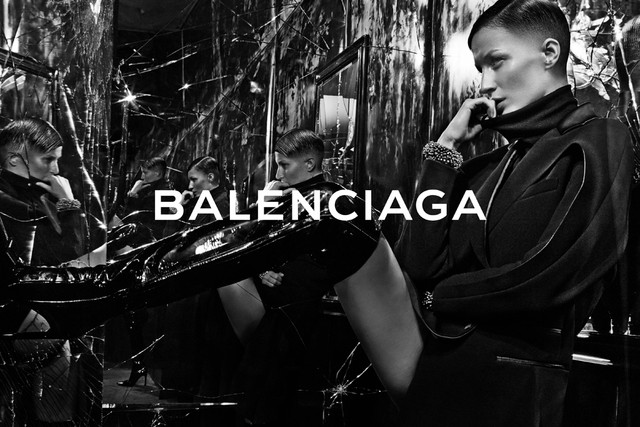 Alexander Wang can work a lot of magic when it comes to the world of fashion: He can conjure an It-bag out of thin air, make the fashion world come to Brooklyn for a New York Fashion Week show, and can also apparently get Gisele Bundchen to sport a buzz cut for a big fashion campaign.

It goes without saying that Gisele is pretty much known for her ultra-sexy, beach babe hair—along with a beach babe body, natch—so seeing the supermodel in Wang’s latest campaign for Balenciaga with what looks like a shaved buzzcut and some seriously edgy attire is quite an adjustment. As Wang tells WWD: “This is how I see Gisele for Balenciaga; strong, powerful, mysterious and uncompromising.” The campaign, shot by Steven Meisel, is set to hit magazines and billboards in September.

MORE: 25 Fashion Photographers You Should Be Following on Instagram

Despite the initial shock of seeing Gisele with a buzzcut, we feel obliged to point out that it’s highly unlikely that the supermodel actually shaved her head for the campaign. While the Balenciaga photos were likely shot months ago, Gisele only a few days ago posted a picture of herself on Instagram sporting a Brazil jersey for the World Cup sporting her signature long, beachy waves.

Wang has been creative director at Balenciaga since 2013, and managed to snag Gisele for a rare Fashion Week appearance at the label’s Fall 2013 runway show. That said, the designer and supermodel’s partnership goes back even further—to Wang’s Fall 2012 show for his eponymous label, where Gisele walked the runway alongside other cult models like Shalom Harlow and Natasha Poly. Wang has always had a way with models—maybe it’s his impish charm or those killer Fashion Week parties—so we’re not surprised that he’s managed to coax such an iconic supermodel into a truly transformative campaign.