Tom Brady is one of the richest football players in NFL history, but what is his wife Gisele Bündchen’s net worth? We’ll explain that later, but let’s just say that one of their net worths is way more than the other.

Bündchen—who is one of five sisters—was discovered by Elite Model Management at a shopping mall in São Paulo, Brazil in 1994. At the time, Bündchen, who grew up in Rio Grande do Sul in southern Brazil, wanted to be a volleyball player but took a modeling class with her sisters Patricia and Gabriela in hopes that it would correct her posture. After she was scouted by Elite, Bündchen was selected as a contestant for a national contest with the agency known as Look of the Year. She placed second in the competition and moved to São Paulo at the age of 14 to start her modeling career. In 1996, Bündchen walked in her first show in New York Fashion Show, and the success continued from there.

In the next few years, Bündchen went on to model for designers like Alexander McQueen, Missoni, Chloé, Dolce & Gabbana, Valentino, Ralph Lauren and Versace. She also covered fashion magazines like Vogue Paris and British Vogue. In 1999, Bündchen left Elite and signed a new contract with IMG Models. That same year, Bündchen posed for her first American Vogue cover alongside supermodels like Kate Moss, Christy Turlington, Naomi Campbell and Claudia Schiffer. In 2000, Bündchen made her debut as a Victoria’s Secret Angel. She worked with the brand until her retirement as an angel in 2007.

In her 20-plus years in the fashion industry, Bündchen also worked with brands like Chanel No. 5 and Pantene, and starred in films like 2006’s The Devil Wears Prada. With all of her success, fans around the world want to know how much is Gisele Bündchen’s net worth and if she makes more than her husband, Tom Brady. Read on to find out.

Bündchen walked in her first show as a Victoria’s Secret angel in 2000. She worked with the brand for almost a decade until her retirement and final runaway show as an angel in 2007. According to Forbes, the model signed a five-year contract with Victoria’s Secret in 2000 for $25 million. At her first fashion show with the brand in 2000, Bündchen wore Victoria’s Secret’s $15 million Fantasy Bra, which is listed in the Guinness World Records as one of the most expensive pieces of lingerie ever made. Bündchen wore the Fantasy Bra again in 2005. The bra was worth $12.5 million, which is the second most expensive bra the brand has made. 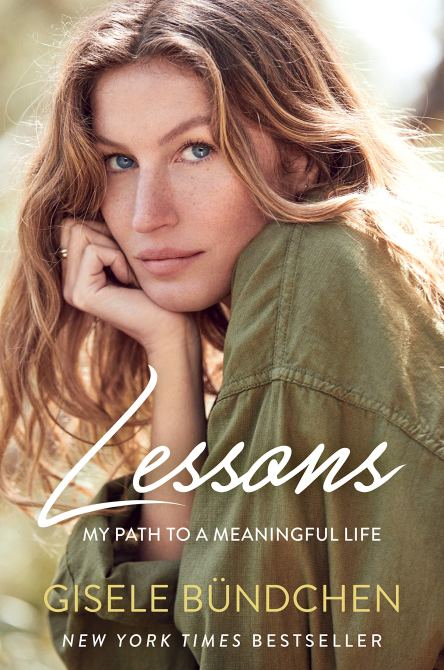 What is Gisele Bündchen’s net worth?

The question everyone wants to know: What is Gisele Bündchen’s net worth? Well, according to Celebrity Net Worth, Bündchen is worth $400 million, which is double what her husband Tom Brady is worth. (The site reports that Brady is worth $200 million and has a $30 million salary from the NFL.) Fans shouldn’t be too surprised by Bündchen’s net worth as she was named by Forbes as the highest paid model in the world for the 14th year in a row in 2016, beating models like Kendall Jenner and Gigi Hadid at the time. Of course, Bündchen’s net worth comes from multi-million-dollar contracts with brands like Pantene, Chanel, Victoria’s Secret and Carolina Herrera, as well as partnerships with companies like Arezzo shoes and SkyTV in her native Brazil.

In 2011, the model launched her own eco-friendly skin care line, Sejaa Pure Skincare
, which also added to her net worth, according to Forbes. Seven years later, in 2018, Bündchen published her first memoir, Lessons: My Path to a Meaningful Life, which became an instant New York Times Bestseller. Needless to say, all of these projects add to Bündchen’s net worth.