It’s hard to remember a time before Girls, before life as a twenty-something navigating the real world was so honestly depicted on the small screen. Nearly five years ago, Lena Dunham rose to the occasion, appointing herself “the voice of her generation” in the pilot episode. As we enter into the sixth and final season, and the girls jump into the next chapter of their lives, it’s safe to say the creator-writer-star accomplished what she set out to do. And no matter how uncomfortable her character’s fashion choices—or sex scenes—have made you feel, you can’t deny how well the controversial series nailed the beautiful uncertainty plaguing young adults today. So we chatted with the series’ costume designer, Jenn Rogien, to get the 411 on what you can expect in terms of fashion from the four famous girls in their last season ever.

Before we dive into the interview, a bit about this season’s plot: Since we last briefed you, we’ve learned a bit more about what the future has in store for our favorite millennials. Last night, season six premiered on HBO, and though we can’t say how the series will end—that’s between Dunham, the cast and crew, and God—we have a few hints. We know Dunham’s character, Hannah, is writing again; we know she and BFF Jessa (Jemima Kirke) are feuding (and reconciling) as Jessa continues to defend her relationship with Hannah’s ex Adam (Adam Driver); we know Marnie (Allison Williams) is still struggling with her relationships; we know Shoshanna (Zosia Mamet) is fresh from Japan and back in action. But—what about what they’ll be wearing?

That’s where Rogien comes in. Ahead, find out how she thinks the four actresses’ wardrobes have evolved on the show, her all-time favorite fashion choices for Hannah, Jessa, Marnie, and Shosh, and what item defines each girl. 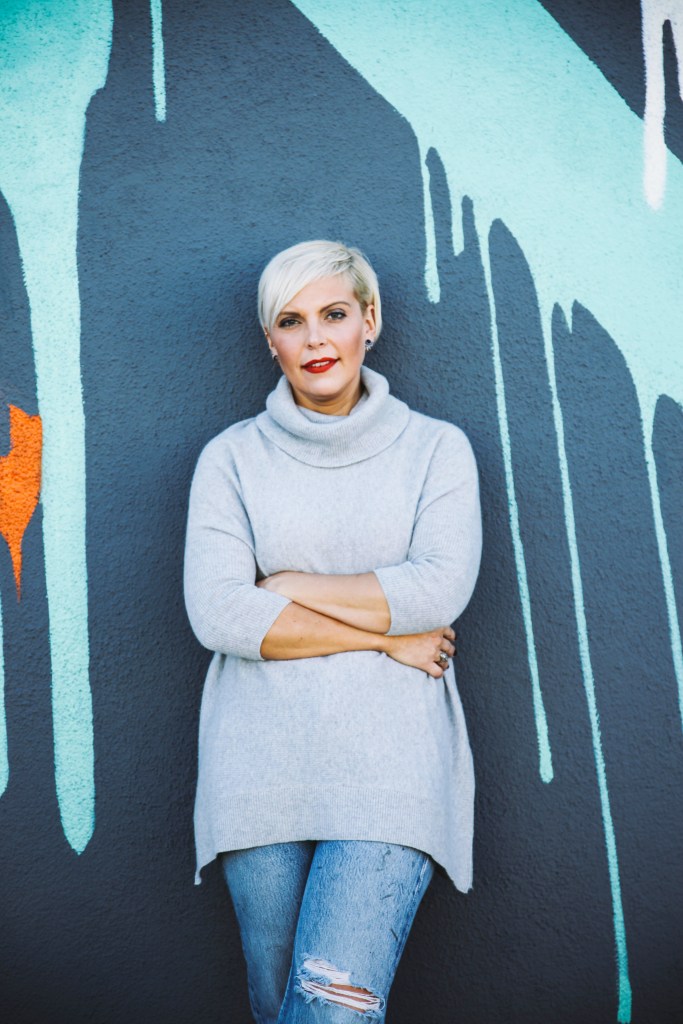 StyleCaster: What will you miss the most?

Jenn Rogien: “I’m going to really miss the creative energy of the show. It had chemistry like no other job that I’ve been on. Because we’re all freelancers, a lot of us planned our freelance gigs [and] our calendars around going back to Girls to make sure that we could be there for all six seasons. And that’s not necessarily doable, you know, scheduling is so erratic into production that to make a point of it, I think, is a huge compliment to Lena and [producers] Jenni [Konner] and Judd [Apatow], and just the creative atmosphere that the show created for its family.”

Did you feel pressure to create especially memorable looks to send off the show?

“It crossed my mind, to be honest. But when I got the script, there was so much on the page that that thought faded. It was about telling the story [about] these characters in the moment, and these moments were like the other moments—they were the girls, they were up to their normal hijinks.

[My goal] then was to really focus on what was happening to them within the stories of every episode and not be as pulled into creating something bigger than what it should have been. It tied into my focus of the show all along, which was to stay true to the characters and not let negative comments on the internet necessarily feed into how we were dressing the girls or not let the popularity of some of the individual looks influence the rest of the season, depending on what we were shooting. So it really was about maintaining a focus on character work, which I think is then true for all six seasons.”

There’s definitely more of a realness to the girls that is absent from other shows. What’s the key to executing some of the more unflattering looks?

“I’ve heard the look of the show described as ‘hyper-realistic’—those were not my words, but I think it’s a really apt way to describe what we were going for. Part of that started in season one, before the show had aired, and I was literally just trying to be true to what the girls were going through that season: They had no jobs, they had no money, maybe they had stuff leftover from college, maybe they were shopping in thrift stores, maybe they were shopping in H&M and Zara.

[I was] just trying to imagine where the girls might really shop if they were real people [who] lived in Brooklyn and didn’t come from tons of money. Every season, I would renew my commitment to staying true to their circumstances, and that didn’t necessarily mean doing the same thing we were doing in season one; it meant really reading the scripts, reading between the lines, talking with Lena, Jenni and my girls, and trying to make choices that were right for that moment, that place in their story.”

How would you say their wardrobes have evolved, and how will they continue to evolve?

Hannah’s always a little too bright, the patterns are a little too loud, and the fit is still off. And, certainly, her clothing grew up along with her for the series, but there are always some things that are true about her wardrobe—the color and the pattern and the mismatch. Marni went from super faux-tailored business wear to super-bohemian music wear, but there was always a little bit too much. She was always overshooting just a little bit, and that stayed true throughout the six seasons. Ironically, Jessa’s the one who got streamlined and sort of distilled in a way throughout the seasons. She started out as over-the-top and very dramatic and [in] crazy silhouettes, and then by the end she was sort of stripped down to the essentials in vintage jeans, a T-shirt, and a pair of boots. It was really interesting to watch those transitions happen in photos—obviously they were deliberate transitions as we were producing the show and shooting, but to see them all in sort of a slideshow as I was going through for the archives really highlighted the evolution of the girls throughout the seasons.”

Looking back at those looks, do you have a favorite for each of the girls?

“It’s so funny because a lot of times the looks I end up loving are not the looks that jump off the screen. There are some behind-the-scenes moments that made it really interesting for me or something that happened that made it challenging—those kinds of things stick out in my mind.

I think of Hannah: She ends up Jell-O wrestling at a backyard house party, so we picked a dress that the blue Jell-O would really show up on. It was a white dress with a black print, and it was so iconic visually that you could tell she started in a white dress. What we didn’t realize is that the dye in the fake Jell-o actually turned the dress blue, so we had to do all these things behind the scenes to make sure that in continuity the dress looked the same. Just those kinds of things that [are] not that big of a deal—it’s not significant on screen at all, but to me it was a really fun costume moment.”

Since there is so much collaboration between you and each of the girls, how would you say their personal style influenced their characters’ wardrobes?

“The girls are so different from their characters that I don’t know that there is any crossover, and, in fact, when the girls come to work I rarely see them until they’re in costume. It actually took me a while to realize that they’re so incredibly different, that there isn’t any bleed over … There are always those pieces that resonate but that you can tell are right for character and wrong for the human, or right for the human and wrong for the character. That’s the brilliant thing about the girls: They’re amazing actresses, and the fact that you can’t tell the difference is a huge compliment to their work and skills as character actors.”

Looking ahead to the next chapter of their lives, what is one defining item that each of the girls will need to carry into her future?

“Hannah’s is her work bag, or her school bag. And it’s something that we handled throughout the series; she started with a very collegiate, canvas-and-leather satchel-tote-bag thing, and by the end she was in a lovely sky-blue suede tote, and it’s always big enough to fit her laptop, her notebook, and her odds and ends. That’s the thing that will always be with her, her writing bag.

I feel like with Marnie it was always about her rings because you see so much of her hands, whether she’s playing her guitar or music, or working with her headphones. She wore a series of rings over the course of the season, and, for me, there was always something about the rings that she was wearing that said a lot about how she was feeling—sometimes she was wearing a ton, sometimes she was wearing none, and I sort of use that as a tool to help convey where she was at. Then, now, and future, rings are always important to Marnie.

With Shoshanna, it’s her loungewear. If there’s one thing Shoshanna always had a great closet full of, it was loungewear. Whether it was the infamous Juicy Couture suit—which I did not do actually, I did not do the pilot—her crazy Japanese pajamas, or her shredded sweaters toward the end when you could literally see that she was unraveling, I think Shoshanna is an expert at loungewear and that will be true going forward.

And then with Jessa, I think it’s vintage—vintage and a great white dress. That’s something that I maintained throughout the series, starting in season one where she wore a couple of different white dresses, including her wedding dress, and then almost every season after that she wore some form of a long, white dress. [This season] it ended up being a white blouse. It’s sort of a palette cleanser for her, and a lot of the times it’s vintage. I think that’s something that’s very important to her character in the series and going forward.”

What style (or life) lessons have the girls learned thus far and still have yet to learn?

Jessa’s a hard one. Jessa has come such a long way from her crazy, over-the-top, high-end vintage look and has learned so much about using or not using her clothing as armor, but I think she still has a lot to figure out on that same front—she’s got a long way to go. I think Jessa’s definitely used her clothing as armor the most. And Shoshanna has definitely come a long way from the girly, confectionary look that she started [with] in season one, and I think she still has a lot to learn about dressing for her context.”

Don’t miss the final season of Girls on Sundays at 10 p.m. EST on HBO, and follow Jenn Rogien on Instagram and Twitter. Ahead, find some of the most iconic looks from Girls ever, including a shot of Rogien with the fam.

The Best Behind-the-Scenes Instagrams of the Grammys 2017