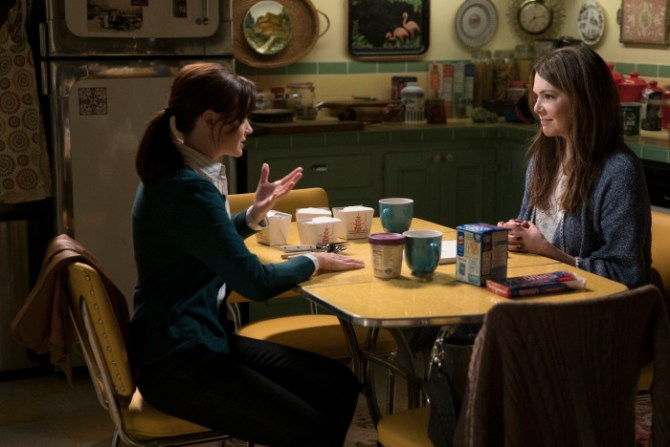 The wait is over, or maybe it’s just beginning, but either way, the “Gilmore Girls” has a release date for its Netflix reboot: November 25. In case you don’t know your calendar four months out, that’s the day after Thanksgiving, Black Friday. Maybe Netflix is declaring a war on retail, or maybe this just means we’ll have to both shop and watch “Gilmore Girls,” but no matter what, it will be a good day. After all, there are only four 90-minute episodes to watch, leaving us with a mere six hours of reunification.

The announcement came yesterday during a Television Critics Association panel featuring the cast and the show’s creators Amy Sherman-Palladino and her husband, Dan Palladino. When asked if there would be more seasons after this reboot, the couple didn’t say yes but also didn’t say no—and anyone who’s ever had parents knows that’s basically a “yes.”

More: What Your Taste in Rory’s Boyfriends Says About You

At the panel, Lauren Graham said she had no trouble slipping back into her fast-talking character Lorelei. “It was easy, it was joyous, it was fun, it was exhilarating, it was the old show, there was no sense of having to resuscitate something,” she said, adding that the show’s rapid dialogue is her favorite thing to do.

And because you can’t announce a premiere date that’s four months off without giving us something, Netflix released a new trailer, complete with updated pop culture references for Rory and Lorelei. Watch it below.