When Gillian Jacobs wrote an essay for Lenny Letter in 2016 about the crippling self-doubt she experienced at Juilliard, she wanted it to encourage people to push past their doubt and not let their fear control them. Two years later, she’s still learning to take her own advice.

“It’s funny because now I have this essay out there where I’m telling people to not listen to the self-doubt, so then I have to give myself my own advice,” Jacobs tells StyleCaster. “Every so often, I have to reread the essay that I wrote and remind myself of that.” 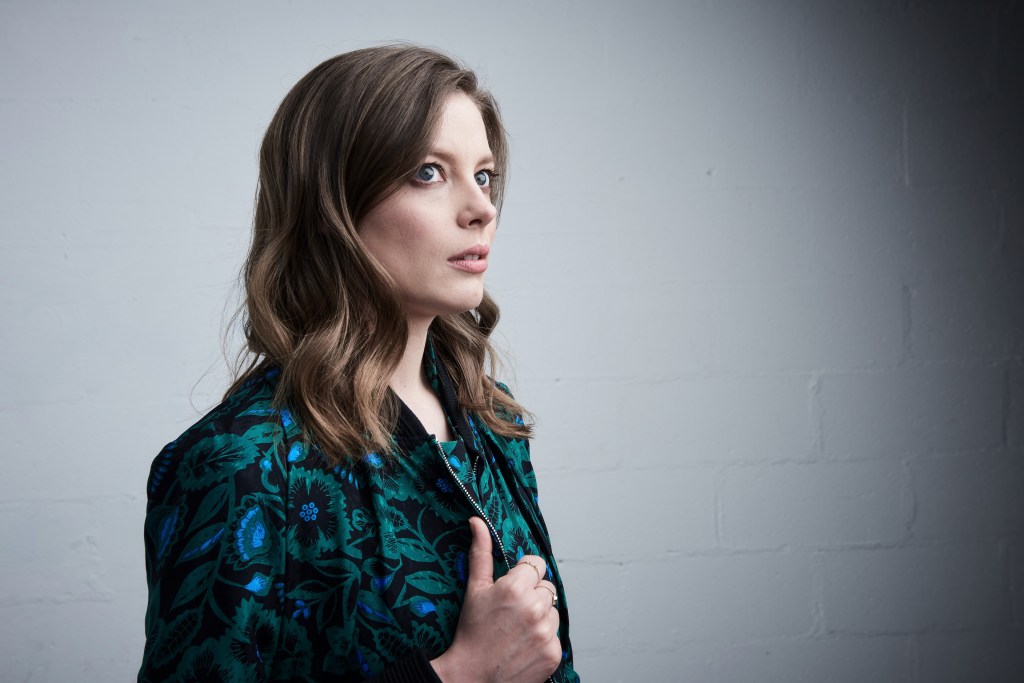 For Jacobs, self-doubt—or as she and RuPaul call it, “your inner saboteur”—is a work in progress, which is why she aims to do something every day outside her comfort zone, instead of letting her anxiety consume her. Her outlook is semi-inspired by her recent campaign with Diet Coke and its rebranded slogan “Because I Can.”

“It’s a work in progress,” Jacobs says. “You overcome one hurdle and then something else comes up. It’s feeling like you only have one life, so I don’t want to get to the end of it and feel like ‘I wish I had done that’ or ‘if only I hadn’t let this silly thing get in the way I could’ve pursued that’ or ‘who knows what could’ve happened?’”

It’s still not as common to have a female character who is making mistakes.

For Jacobs, unemployment is a fear she’s still learning to conquer. After years at Juilliard where it was ingrained in her that women had to work twice as hard men to be cast, she developed a habit of taking any and every role—regardless of her interest level. Now, she’s learning how the roles she chooses contribute to the greater opinion of women on screen.

“When I was at Juilliard, they would take half the number of women as men in every class because there are so few roles for women, so already, there are more women applying for half the number of slots,” Jacobs says. “I used to have a fear that every job would be my last, so I felt I had to say ‘yes’ to everything that came along. Now, I’m trying to be in a place where I think about what genuinely excites me.”

Though Jacobs hasn’t envisioned herself as a creator yet, she’s steadily learning skills like directing to arm herself in an industry that has a tendency to place women in a box.

“So many women that I admire write their own material, develop their own projects, produce, and I understand why,” Jacobs says. “It can be frustrating when you feel like someone’s put you in a box as an actor, where they don’t want to hear anything that you have to say, so having more of a hand in creating things allows you to have a voice and not just be a conduit for somebody else’s words.”

There’s a long legacy of anti-heroes on television, but they’ve mainly been men.

Jacobs’s longing to play multidimensional characters is why she cherishes her role on “Love,” Judd Apatow’s Netflix comedy, in which Jacobs plays Mickey, a messy, sex- and love-addicted radio producer whom she considers one of television’s few female anti-heroes.

“She’s an incredibly flawed character, which women aren’t allowed to be as much,” Jacobs says. “There’s a long legacy of anti-heroes on television, but they’ve mainly been men,” Jacobs says. “People love Don Draper and they love Walter White. They love all these iconic male characters who make a lot of bad decisions and are complicated and flawed, but there haven’t been many female characters. It’s still not as common to have a female character who is making mistakes, who is trying, who wants to do better.”

Though Jacobs believes that Hollywood has made significant progress in diversifying women on screen, with shows such as “Insecure,” “GLOW,” and “The Marvelous Mrs. Maisel,” she admits that there’s still “room to grow.” For her, progress begins with something as simple as letting female voices be heard.

“Opportunity, inclusion, equality, and listening to voices that have been excluded,” Jacobs says. “Is that a good start?”