If, at literally any point in time, you asked me what article of clothing I’d like to disappear from the planet forever, my answer would be Bermuda shorts. I’ll put up with a lot of different fashion trends—You can pry mom jeans from my cold, dead hands—but I draw the line at shorts that share a name with a location where everything vanishes (the Bermuda Triangle, for those of you who are slow on the uptake). That being said, on Wednesday in New York, Gigi Hadid wore Bermuda shorts, and I actually didn’t want to throw my phone across the room. Could it be? Did Gigi Hadid somehow make Bermuda shorts wearable?

Hot take: No, Gigi Hadid did not make Bermuda shorts wearable. Yes, the model looks cool in the long denim cut-offs paired with a navy tee and black sneakers. Her job is to look good in whatever anyone puts on her body. Gigi Hadid is a model, y’all! I’ve seen her wear so many questionable outfits, but she looks good every damn time. And I am truly not saying this because she’s tall and thin. I’m short and stout (like Winnie the Pooh!) and I think I can rock pretty much anything. The difference between Gigi Hadid wearing Bermuda shorts and me wearing Bermuda shorts is the confidence that likely comes with constantly being told you look good in everything. I know it sounds ironic—and I know many models have issues with self-confidence—but Gigi Hadid is always wearing things no one else could. Maybe her confidence comes from modeling, or maybe she has a really good therapist. Either way, she can rock Bermuda shorts in a world where no one can rock Bermuda shorts. 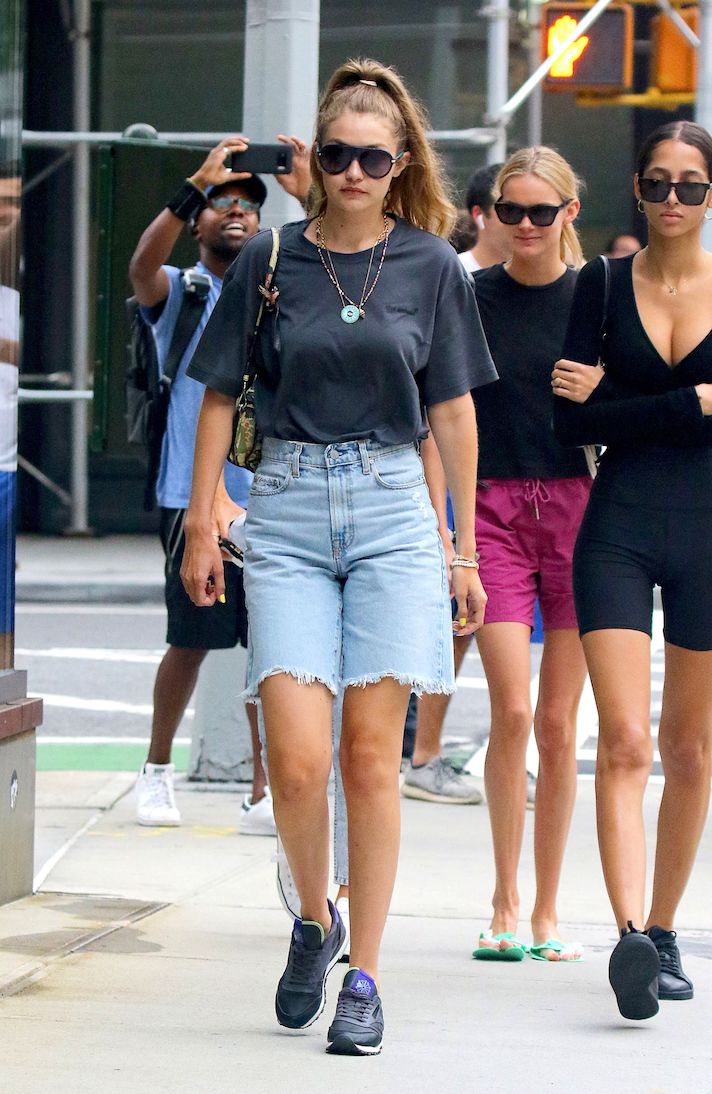 I still stand by my desire to throw out every pair of Bermuda shorts ever made, but I’ll give a pass to one Gigi Hadid. Even when dressed like a tourist dad on the streets of New York, she still manages to look chic. And frankly, I need that kind of positivity and confidence in the world. Bermuda on, Gigi.