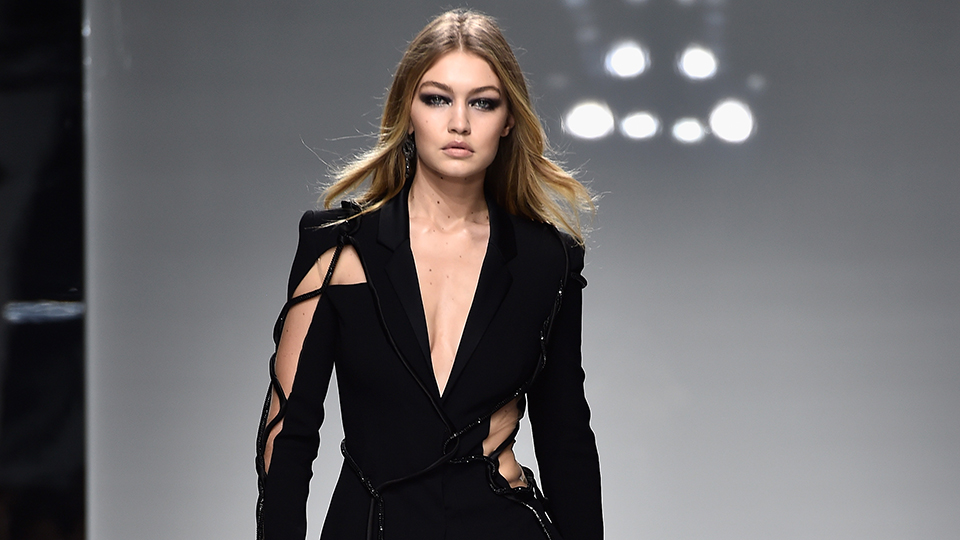 In just two short years, Gigi Hadid has conquered nearly every last milestone on the way to modern supermodeldom: big-money beauty contract, Victoria’s Secret Fashion Show debut, a slew of high-fashion runways, a starring role in a pop-star boyfriend’s music video. And now, she’s on the cover of Vogue Paris—wearing nothing but a pair of Chanel mules.

The naked cover is one of two shot by power photographers Mert Alas and Marcus Piggott (on the other, she wears a Chanel jacket and reams of pearls). It’s the 20-year-old’s first for the French title, though she’s previously covered other international editions of the magazine, including Australia, Brazil, and the Netherlands.

Naturally, the text calls out her mega-Instagram following (which has apparently ballooned by nearly 3 million followers since the cover lines were written) and pays homage to her rockin’ bod.

Check out both covers for yourself below (although, let’s be honest, we all know which one is selling out first): 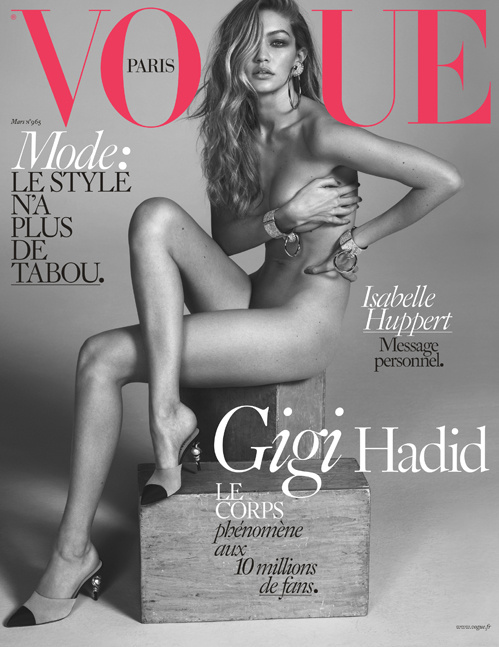 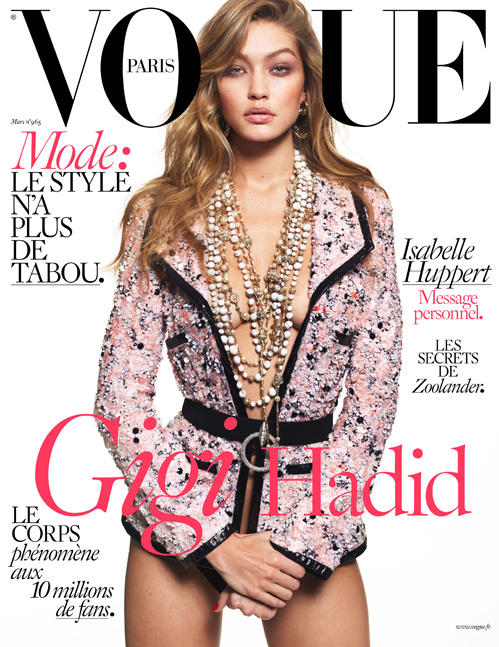