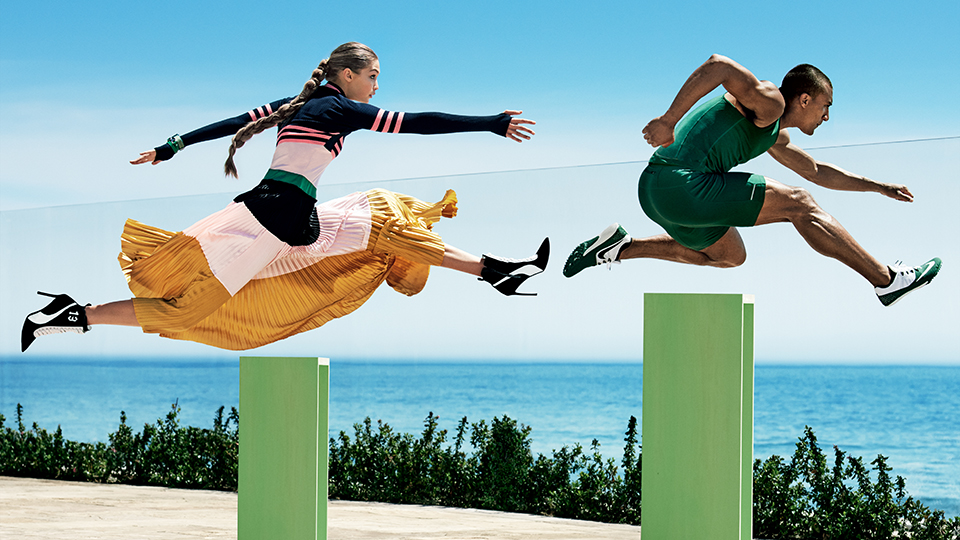 Big day for Gigi Hadid! The model just landed her first-ever US Vogue cover (an honor that, technically, Kendall Jenner hasn’t been bestowed yet, unless you count her Estée Lauder-sponsored special issue), alongside Olympian decathlete Ashton Eaton.

The move is especially major because model covers are few and far between these days—the last two were Cara Delevingne last July, and Karlie Kloss last February, alongside BFF Taylor Swift— and the last Vogue cover featuring a black athlete (Eaton is mixed-race) alongside a white model—Gisele and LeBron James circa April 2008—was, um, not so well-executed, to say the least.

This cover, however, is seriously impressive, and the photos inside even more so. In the spread, Eaton vaults over rings, Gigi jogs, and both high-jump over pillars (though only one of them does so in four-inch heels). Vogue also confirms that, at press time, Gigi is, in fact, back with Zayn Malik, which must be a relief for the magazine that just three months ago printed a 10-page spread celebrating their relationship.

Get a peek at the cover and inside photos below, and see the rest of the spread at Vogue.com. 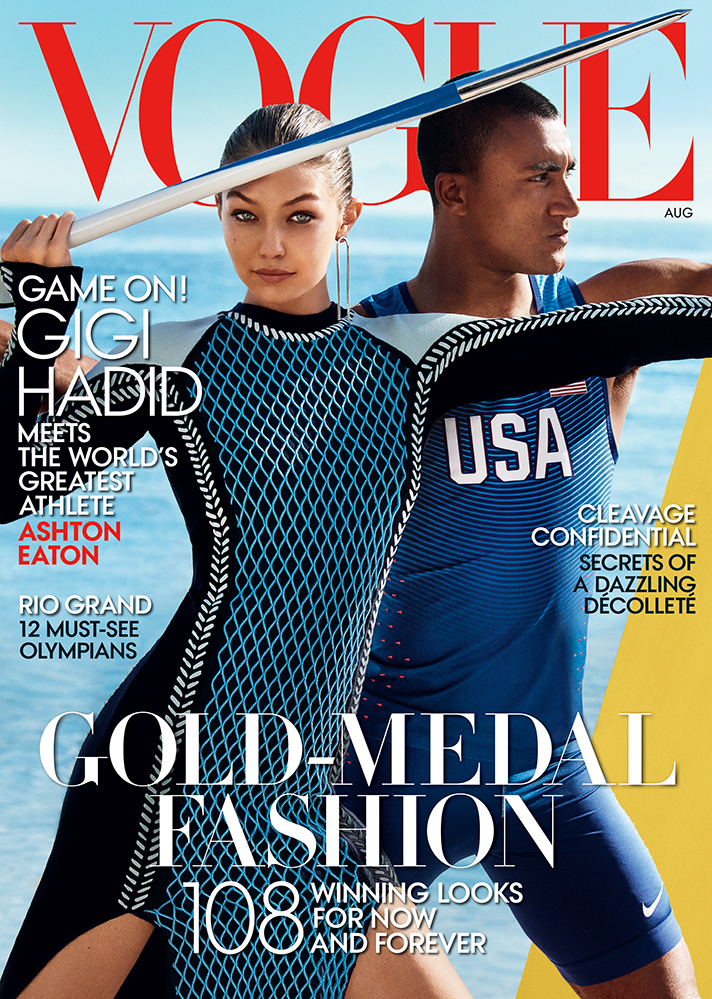 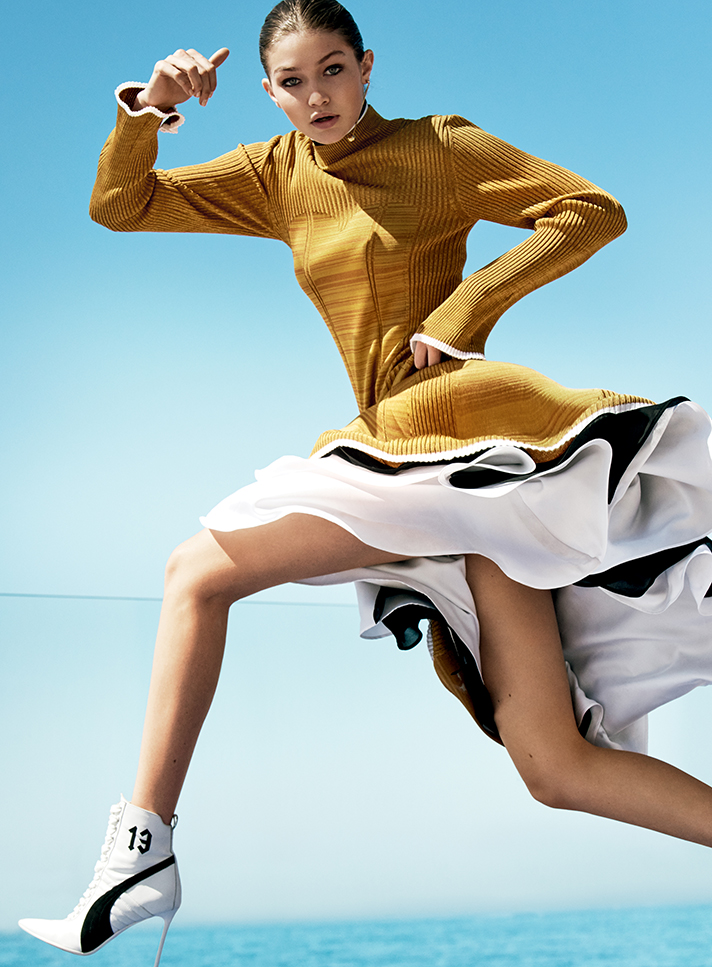