Not so long ago, drama in regard to whether Gigi Hadid and Kendall Jenner were “true supermodels” came to the forefront. But forget all that: both young models, along with Gigi’s younger sister, Bella Hadid, are now photographers. So much more civilized.

It all started when Kendall did a major shoot for Love magazine, published in July, which captured then–14-year-old Kaia Gerber (Cindy Crawford‘s daughter) in all her glory. “Working with Kendall was effortless,” Gerber said. “It just felt like two friends hanging out, snapping a few photos at candid moments.” 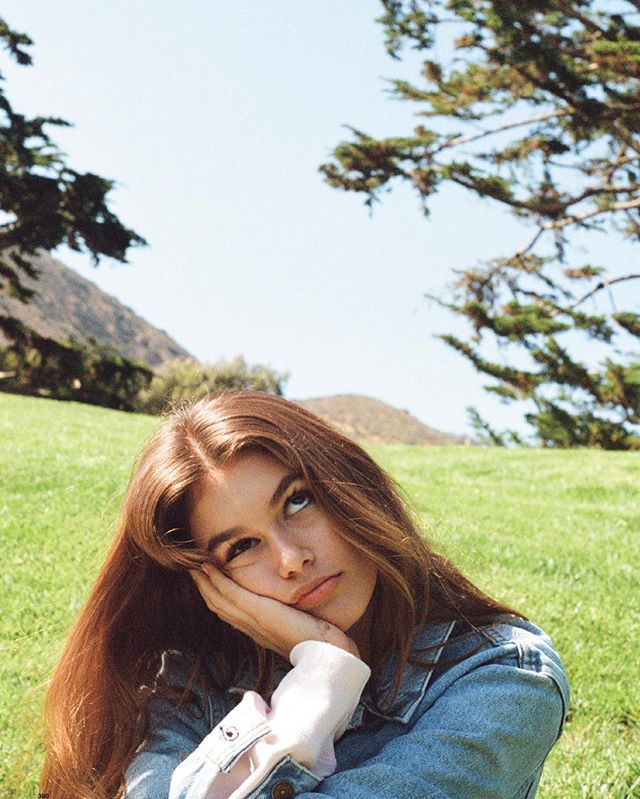 Then Bella shot family friends (and mom-and-daughter Chrome Hearts duo) Jesse Jo Stark and Laurie Lynn—for W magazine, natch. Those images were published in August. Shortly thereafter, Gigi took Polaroids for V magazine during fashion week, as W reports. And yesterday, Love announced that they’re going in for round two with Kendall—on a much grander scale.

Kenny and Love‘s EIC, Katie Grand, are ISO a new face for the magazine’s spring/summer 2017 cover, and they’re doing so via Twitter and Instagram. Once they whittle the pool down to 20 hopefuls, Kendall will photograph them all in November.

“Basically, Katie Grand and I are looking for this generation’s next icon—kind of like me but like a little less good,” Kendall very humbly said in a video. Girls who’d like to fit that weird bill can “go online and you post a picture of yourself with #LoveMe17 hashtag on it and you basically say what you do, what you like to do. You can literally be a flea wrangler or like you could catch lobsters and stuff. It doesn’t matter. We just want to know you and I just want to know you!”

So—if you’re a flea wrangler or a lobster catcher and stuff, head on over to IG (or Twitter) and strut your stuff. (You can also email your pics and info to loveme@condenast.co.uk.) And don’t call this trio supermodels—it’s photographers to you.

MORE: Bella Hadid Defends Kendall and Gigi, Say They ‘Work Their Asses Off’