The Real Housewives of New Jersey never fail to bring the heat. After Jackie Goldschneider’s claim that Teresa Giudice’s daughter Gia “snorts coke” on RHONJ, fans have been desperate to know what happens next and where the rest of the cast stands.

The drama started on the season 11 premiere of RHONJ on February 17 when Teresa spread a rumor that Jackie’s husband, Evan Goldschneider, cheated on her when he was at the gym. When Jackie heard about the rumors, which were spread at Evan’s birthday party, she invited Teresa to Margaret Josephs’ house to talk. That’s when everything turned south. When Teresa didn’t back down on the rumors and confess they were a lie, Jackie fired back by saying, “I heard that Gia snorts coke in the bathroom at parties. I heard it. I don’t know where I heard it from, but I heard it.” Jackie went on to claim that she said was the “same thing” as Teresa’s rumor, which led Teresa to call her a “bitch” and storm out of Margaret’s house.

Since the episode aired, Jackie hasn’t backed down from her comments, and neither have Teresa and Gia. Ahead is everything the RHONJ cast has said about Jackie and Teresa’s feud over the “Gia snorts coke” RHONJ comments.

Two days after the RHONJ premiere aired, Gia took to her Twitter to slam Jackie for the comment she made about her using drugs. “Saying it was an analogy is making it excusable, it’s not,” Gia wrote in response to Jackie claiming that she was making an “analogy” not spreading a rumor. “My character is now being questioned. My name was used to make a point. No one should be used in that way, I am suffering the consequences for such an outlandish and untrue statement. While her marriage is happy & in tact”

Gia also retweeted Teresa’s repost of a statement made by her mom’s business manager, Appian Entertaiment’s Karianne Fischbach, which further slammed Jackie. “Gia is a wonderful, smart, strong and beautiful human being and what was done to her tonight was wrong on so many levels. For a grown ass ‘I’m so so smart I’m lawyer’ woman to bring Gia’s name into an argument & place an accusation with such a weighted consequence is inconceivable,” the statement read. “I cannot fathom what would [possess] someone to create a false narrative that could have severe consequences for the innocent party involved, a 19-year-old at the time who was in no way involved in anything. what the cast members choose to do to each other is the nature of the reality TV beast, this was to [SIC] far.” 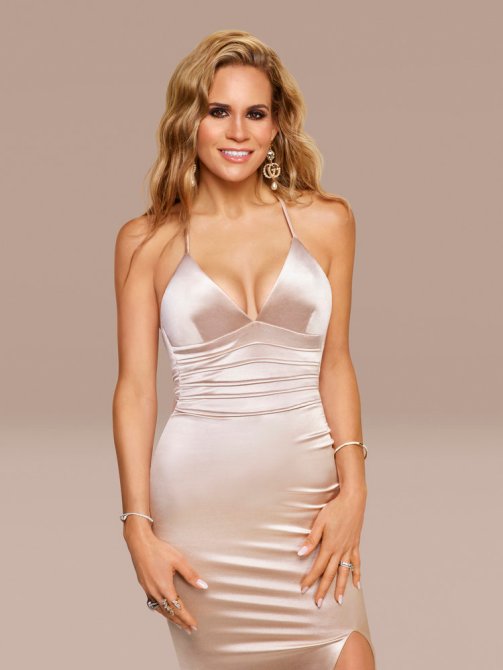 In an interview with Us Weekly in February 2021, Jackie doubled down on the comment she made about Gia and confirmed that she doesn’t regret the scene. “She doesn’t even know who told her. I don’t even think anybody told her. I think she pulled it out of her ass,” Jackie said of Teresa’s rumor that Evan cheated. “I was really caught off-guard. I expect the best from people. I really thought that she was gonna make it right. And then we’d all go to Lake George the next day. And that is not the way it happened. And it really caught me off-guard.”

Jackie went on to claim that her comment about Gia’s alleged drug use was an “analogy” to make Teresa understand why her rumor was so hurtful. “I wasn’t starting a rumor about Gia. I was giving an analogy,” Jackie said. “I think that like almost everyone will say that that’s an analogy and the truth is that there’s no one else in Teresa’s life that I can make her understand. When you say something about someone you love, whether or not it’s true, it hurts, you know? So, I don’t regret that because if I was saying something nasty about Gia, then I would regret it. But I was giving an analogy, which it was pretty clear to almost everyone.” 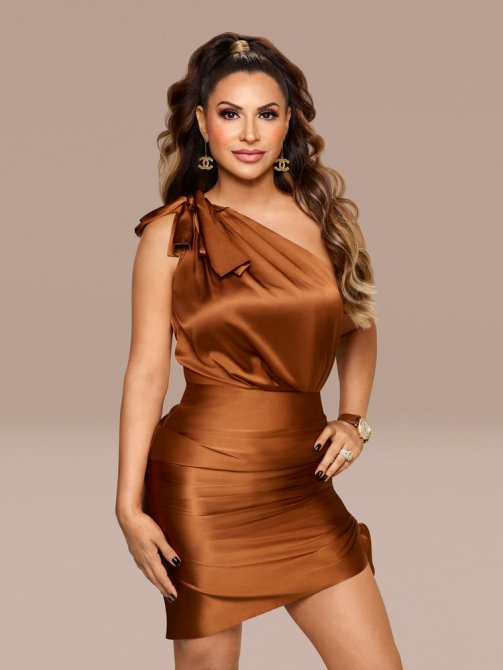 Like Gia, Jennifer also doubted Jackie’s claim that her comment about Gia was an “analogy” for Teresa. “First of all, she didn’t even say like, ‘How would you feel if I had said [this about Gia]?’ It wasn’t even articulated in that way. It was a statement,” Jennifer told Us Weekly in February 2021. “And even though I know what her intention was, saying that about someone’s child —an innocent child that really has nothing to do with this No. 1 — [and] No. 2, let’s not forget that Jackie came for Teresa’s husband on more than one occasion.”

After the season 11 premiere aired, Dina took to her Instagram to demand that Jackie apologize to Gia. “I did NOT watch, but I totally agree,” she wrote on her Instagram. “A Grown woman should not use that analogy about a minor EVER, especially about our beautiful @_giaguidice. Jackie needs to make a public apology immediately.” 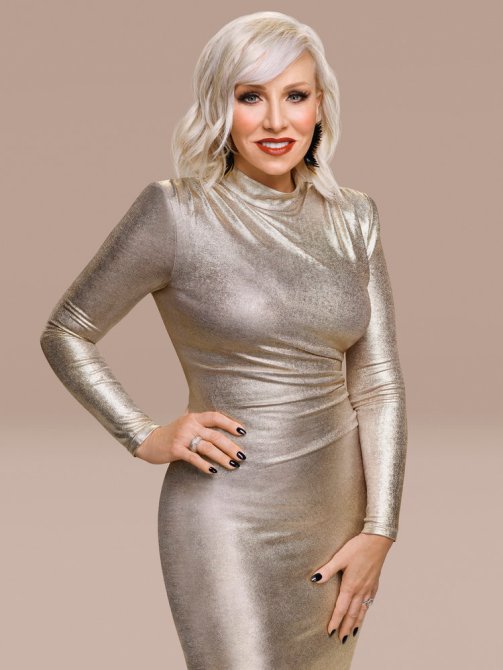 Margaret, who is Jackie’s closest friend on RHONJ, agreed with her that the comment about Gia was an “analogy” and not out of spite .”It was clearly an analogy and like you said, she was making a point. It probably was not the best point obviously to make to Teresa using Gia, because Gia’s a young girl and it’s her daughter and we don’t talk about children.” Margaret told E! News in February 2021. “She just wanted to show how a lie about someone you love is so painful. But it was not the best analogy and I think it just turned things south and didn’t really drive the point home.”

The Real Housewives of New Jersey airs on Wednesdays at 9 p.m. on Bravo. Here’s how to watch it for free.