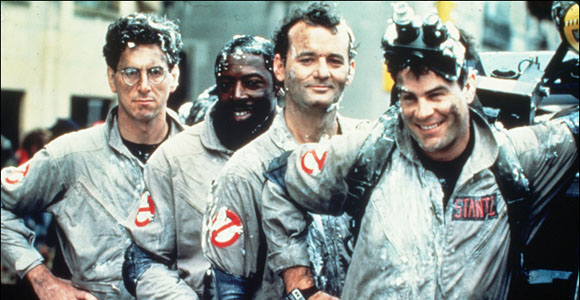 Paul Feig, director of “Bridesmaids” and co-creator of “Freaks and Geeks” (along with Judd Apatow), took to Twitter last night to confirm perhaps the biggest movie news of the fall season: a new “Ghostbusters” film is officially in the works—and will have a cast of all women!

It's official. I'm making a new Ghostbusters & writing it with @katiedippold & yes, it will star hilarious women. That's who I'm gonna call.

MORE: Amanda Bynes Has Been Accused of Stealing

So does that all but confirm we’ll see one of these fine ladies in the film? While there’s no word on castings just yet, it doesn’t hurt to do a little speculating. McCarthy’s “Bridesmaids” co-star Kristen Wiig is an obvious choice, as her star power rises with each new film she takes on. Emma Stone’s name has also been thrown around. Considering her many hilarious talk show appearances and her comedic leading role in “Easy A”, it’s kind of a no-brainer. Not to mention, she’s also part of that whole Feig-Apatow camp, having burst onto the scene in Judd’s “Superbad.” Also in his inner circle is rising comedian Amy Schumer.  Amy, who just wrapped the Apatow-directed film “Trainwreck” is a major draw for that all important 18-24 male demographic, with her popular Comedy Central show “Inside Amy Schumer” coming back for a third season.

At the risk of getting lost in the hundreds of “Dream Casts” that will be tossed around the internet in the next 24-48 hours, here’s some other funny, amazing women we’d love to see in the movie:

Mindy Kaling: cause we need to get this girl on the big screen, STAT.

Kate McKinnon: she could bring her Bieber impression?

Casey Wilson: and any of her former “Happy Endings” co-stars while we’re at it.

Jennifer Lawrence: if they’re going for an A-List movie-star thing.

Zooey Deschanel: if they’re going for a manic-pixie thing.

Amanda Bynes: cause she was funny at one point, remember?

Are you into this idea of an all-female “Ghostbusters”? Who do you think should be cast? Share in the comments!