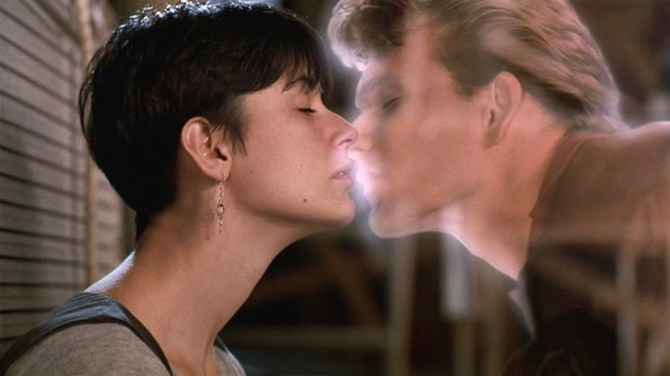 No matter how many times they crash and burn, TV just loves trying to make a remake happen. It works occasionally (see: “90210”), but often times, not so much (anyone remember the short-lived “Charlie’s Angels” TV show reboot? Us either). The latest remake on the horizon? “Ghost.”

The 1990 drama-fantasy film starring Demi Moore, Patrick Swayze, and Whoopi Goldberg is allegedly in development with Paramount to become a television show. Akiva Goldsman and Jeff Pinkner will write the pilot.

We wonder how this might play out. Will Patrick Swayze’s character Sam Wheat return and team up with Whoopi’s Oda Mae Brown to help more lonely widows from beyond the grave? Will Demi Moore’s character Molly team up with Oda Mae to open up a psychic shop-slash-pottery studio in that same Brooklyn neighborhood (which is obviously now entirely not dangerous and filled with strollers and Starbucks)?

It’s especially strange that producers would pursue a “Ghost” TV show after a Broadway musical version of the movie flopped last year. The show opened in March 2012 to mixed reviews, but closed after just five months.

At least Paramount’s tapped some big talent for the pilot: Akiva Goldsman worked on “A Beautiful Mind” and “I Am Legend,” and Pinker worked on both “Fringe” and “Alias.” So hopefully it’ll be good. In the meantime, we’ll be cueing up “Unchained Melody” on our iPods and be waiting with baited breath.

Tell us: Will you watch a “Ghost” reboot?