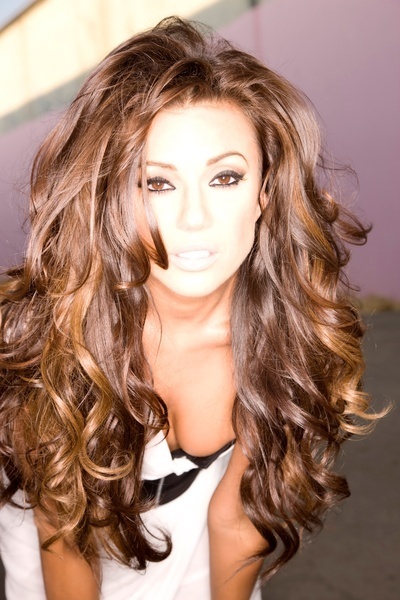 Photo via LA Splash, which has several photos of Jakasic.

If there’s one thing we know about perpetual bachelor George Clooney, it’s that he definitely has a type. And that type is not-really-too-famous women who are wrestlers, waitresses, or—in this case—a Croatian model.

No, not the willowy hungry-looking high-fashion model you’re probably imagining, but rather a va-va-voom pin up who earns a living posing in bikinis. Her name is Monika Jakisic, and it’s been rumored that Clooney is rebounding from his split with former WWE wrestler turned Paris Fashion Week showgoer Stacy Keiber with the voluptuous brunette. According to Us Weekly, the pair had a “sleepover” at George’s L.A. mansion late month (no word if they rented  movies and had pillow fights, though.) So, who is she? Here are 5 things to know about Monika Jakisic.

1. She describes herself on Twitter exactly as follows:
“spiritual student, a daughter from a war torn country of Croatia , humanitarian,wild sense of humour , o and a model in my past life !”

2. She has a website that’s filled with her work (read: lots of bikini photos)
And here it is: http://www.monikajakisic.co.uk/

4. Esquire named her one of the sexiest international women In 2010
The men’s mag dubbed Jakisic the sexiest Croatian woman in its “atlas” roundup of the sexiest women alive, with the caption “Proof that modeling competitions actually do good in the world. Also, Clooney approves.

What do you think? Is Clooney dating this model, or is all for publicity? Let us know!